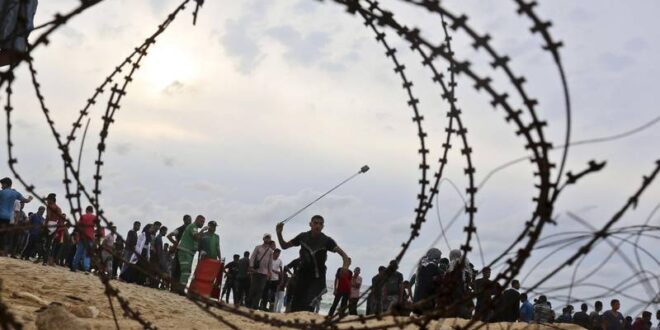 The Charity Commission has described the trustees as “reckless” after the aid group sent more than £250,000 to a Turkish non-profit organisation, which UK police say had links to Al Qaeda.

In its report, the Commission laid out its concerns about the group it referred to as “NPO”.

“The Commission’s concerns in relation to the NPO followed a disclosure to the Commission, from the police, which stated in its assessment the NPO was being used to provide support to Al-Qaeda aligned individuals in Syria,” it said.

However the body upgraded its investigation to a statutory inquiry after UK counterterrorism police seized $9,774 and £9,200 in cash from Human Aid officials at Heathrow Airport in July 2019, money that was allegedly destined for a different foreign recipient.

Police stopped the charity’s UK Director of Operations and two volunteers who said they were delivering aid to Gaza, but were unable to provide evidence of where the funds were due to go.

“The individuals told the police that the funds belonged to the charity and were intended for use in Gaza,” the Charity Commission said.

“However, the individuals were unable to account for the provenance of the funds and could not provide a clear explanation as to how the funds were intended to be transferred to Gaza, or to whom.

“The seizure and subsequent detention of these funds raised serious regulatory concerns with the commission.

“This was of particular concern as the commission had provided advice and guidance to the charity several times previously in relation to cash couriering.”

“Whilst the commission acknowledges that there have been changes amongst the trustee board of the charity since the opening of the 2014 inquiry, nevertheless all trustees should be aware of their overarching duties and responsibilities including under charity law.

“The decision to allow cash couriering to take place, without the proper documentation to show their provenance, including the failure to brief the charity’s staff sufficiently on their intended use, is evidence of misconduct and/or mismanagement in the administration of the charity.

“This finding is compounded by the fact that the commission has previously engaged with the charity on this issue.”

The commission has also previously investigated the charity in 2014 had warned them about cash couriering. The police told the commission that over a seven-month period Human Aid failed to engage with its officers to provide evidence of the origins of the cash and its intended use.

Officials from the watchdog had visited the office of the charity the day before the stop took place and had highlighted procedures for carrying cash. That was in relation to more than £250,000 sent to a non-profit organisation with links to Al Qaeda over a two-year period between 2017 and 2019 until it intervened.

“The inquiry found that the charity was not properly managed or administered by the trustees as they were at the relevant times,” it has concluded.

It has criticised Human Aid for failing to obtain supporting documentation from the Turkish charity over how it had used the funds.

“Despite requests from Human Aid for outstanding monitoring documentation to be submitted, none were forthcoming from the NPO,” it said.

“However, the charity continued to provide funding and aid to the NPO in respect of other projects. It is the inquiry’s view that these are not the actions of a trustee board acting prudently and is further evidence of misconduct.”

It said Human Aid also sent four aid containers worth more than £77,600 to the non-profit organisation during its investigation.

The five trustees have now stepped down from the charity.

London-based Human Aid was launched in 2010 and its latest accounts show its income was more than £973,000 for the year that ended in March 2020.