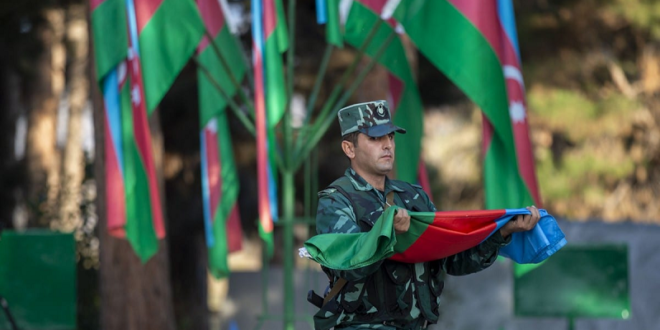 In 1991, Israel was one of the first countries to recognise the independence of the Republic of Azerbaijan. As a neighbour of Iran, Azerbaijan’s expanding relations with Israel have always been one of Tehran’s major security concerns. In the 1990s, 20 per cent of Azerbaijan’s territory was occupied by Armenian forces, and Azerbaijan was dissatisfied with Iran’s policy towards the occupied territories. Due to the geopolitical, geostrategic and geoeconomics position of the Republic of Azerbaijan, the country is important to Israel in many ways. In various ways, it uses the element of Jews in the interests and consolidation of its position. The complexity of the geopolitical situation of the state, such as Azerbaijan, is due to neighbouring states with heavy political and economic weight, such as Russia, Turkey and Iran. This forces politicians in Azerbaijan to take various measures to balance their interests. It has given Baku a choice in its foreign relations, as it is a member of the Organisation of Islamic Cooperation and Independent States, as well as having strong ties with the North Atlantic Treaty Organisation (NATO) and Israel.

Azerbaijan and Israel continue to consider their geopolitical interests vital to maintaining security in the region, and Georgia has a transit role to play. Baku supplies 40 per cent of Israel’s oil needs, and its oil is exported to Israel via the Baku-Tbilisi-Ceyhan pipeline. Bilateral relations between Israel and Azerbaijan also have weaknesses. Azerbaijan is facing geopolitical pressures from Russia and Iran, and the sometimes hot and cold war with Armenia is a persistent problem. In such a difficult geopolitical situation, Baku must carefully balance its relations with Israel to avoid heavy pressure from Tehran, Moscow, and even Ankara. Israel imports oil from Azerbaijan to meet much of its oil demand. On the other hand, Israel exports weapons, including high-tech drones, to Azerbaijan. This was important as these weapons played a crucial role in helping Azerbaijani President Ilham Aliyev win the war. It was reported by the Stockholm International Peace Research Institute (SIPRI) that between 2011 and 2020, first Russia and then Israel were the largest arms suppliers to Azerbaijan. In fact, SIPRI reports that Israel’s exports of weapons to Azerbaijan made up 17 per cent of its total weapons exports between 2016 and 2020. The relationship between Azerbaijan, which is predominantly Muslim, and Israel, is sensitive. While Israel has an embassy in Baku, Azerbaijan does not yet have an embassy in Israel.

Iranian officials have repeatedly expressed dissatisfaction with the level of Azerbaijan’s relations with Israel; Iran’s official propaganda and operational policy is the destruction of Israel. This policy, which has been pursued seriously for 42 years, has been costly. In addition to the diplomatic arena, Iran has unhesitatingly supported Palestinian organisations and Lebanese opposition parties to Israel. In such circumstances, Israel is taking every opportunity to be present on Iran’s borders and monitor developments in Iran. The military superiority of Azerbaijan and the defeat of Armenia in the war last year, as well as the weapons purchased from Israel, played prominent roles. Given the importance of this victory and the recapture of the occupied territories, Israel has found a good place in the public opinion of Azerbaijanis. In addition to its security risks for Iran, this is also considered a loss in the field of public diplomacy.

Azerbaijan, which is concerned about the promotion and growth of political Islam and the direct and indirect influence of Iran in this process, achieves common goals with Israel. In turn, Israel is concerned about Iran’s military and nuclear development and can cooperate to contain Iran based on the intersection of these goals. This is especially so because they know that the US will support them in the acquisition of concessions in the Caspian Sea, prevention of Iran’s influence in religious aspects and restraint of political Islam, prevention of Iran’s media and political influence in Azerbaijan, and containment of concerns arising from the past.

During the heated talks between Iran and Azerbaijan at the beginning of October, President Aliyev implied that the large minority consisting of Azerbaijanis in Iran could stir up a revolt to support their relatives in Azerbaijan. Tehran is buried by these kinds of talks by Baku, as it considers these to be deliberate attempts to cause disruption in Iran, particularly among the minority group of Azerbaijanis. As a result of the rising tensions between the two neighbouring countries – Iran and Azerbaijan – for a long time, Iran has been expressing discontentment and criticisms against Azerbaijan’s relationship with Israel, particularly with respect to the arms trade. Tehran is also cautious about nationalists in Turkey and Azerbaijan’s attempts to fuel the secessionist tendencies of the Azerbaijani minority in Iran. There is uncertainty about whether the new Ebrahim Raisi government and Supreme National Security Council can establish an effective defence and security policy to combat the security risk posed by Azerbaijan. On the other hand, it is certain that the new defence and foreign policy will be much more aggressive as there is a sharp increase in tension in the Middle East and the Caucasus.

Whether or not Azerbaijan – even with its unusual relationships – will regain the entirety of its disputed lands is a matter of doubt for the time being. It could remain at risk in the face of more powerful neighbouring countries or internal uprisings by opposition groups. Thus, it will most probably try to keep tensions under control and pursue its relationships for its own benefit. Other positions and sensitivities regarding the “expansion of NATO borders to the South Caucasus”, or the threat to Iran’s northwestern borders, have no rational basis and are a function of the system’s ideological considerations and an aggressive reading of Iranian nationalism. It is a natural route with economic and strategic justification for connecting Iran and Europe – first Turkey and then Azerbaijan. But even if they are blocked in unlikely circumstances, the Armenian route is not a complete alternative.

Iran must revive the Joint Comprehensive Plan of Action (JCPOA) in the shortest possible time to protect its interests. There is a complete geopolitical and economic blockade. In the shadow of this blockade, for example, if Baku is aggressive or pursues the geopolitical relations of the South Caucasus based on its own interests, it will not face a serious reaction from Iran. Israel’s relations with Azerbaijan are expected to develop in the coming years. The development of relations between the two countries will not be in Iran’s interest, and Tehran will try to increase its socio-political influence in Azerbaijan and cause political instability in this country by supporting Islamist groups in Azerbaijan and using public media diplomacy. Azerbaijan plays an important role in Israel’s energy security. Azerbaijan will remain a buyer of Israeli weapons and ammunition and maintain its relations with Israel due to the regional situation. There are many grounds for increasing Israel’s relations with Azerbaijan. Iran’s ideological problems with Israel will continue, as they have for the past four decades. Azerbaijan continues its relations with Israel within the framework of national security, just as Iran has always established good relations with Armenia without considering the occupation of Azerbaijani territory in Armenia. Given the importance of relations with neighbouring countries in the main government, Tehran should avoid increasing tensions with Baku and other neighbouring countries. While Iran seeks to improve relations with Saudi Arabia, increasing tensions with Azerbaijan is not logical and is contrary to Iran’s national interests.

Post Views: 86
Previous Iran warns Israel over rising threats to nuclear program
Next Hezbollah: We will not be dragged into a new Lebanon civil war