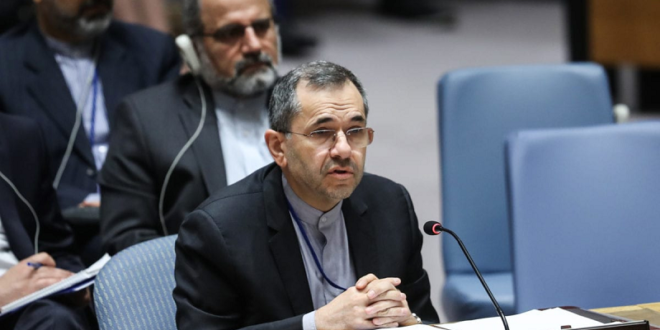 Iranian Ambassador and Permanent Representative to the United Nations, Majid Takht Ravanchi warned of Israel’s growing threats against his country’s nuclear programme, reiterating that the threats should be condemned as a violation of international laws.

In a letter submitted to the current president of the Security Council on Wednesday, Ravanchi warned of the sharp increase in Israeli threats against Iran and against any “miscalculation” or “military adventurism” against the Islamic Republic, including its nuclear programme.

Ravanchi’s letter came shortly after Israeli Foreign Minister Yair Lapid said during a joint press conference with his American counterpart, Antony Blinken in Washington, that his country reserves the “right to act at any time and in any way” against the Iranian nuclear programme.

Earlier this month, Israeli military chief Aviv Kochavi said that his country is preparing to act against the Iranian nuclear programme.

“The operational plans against Iran’s nuclear programme will continue to evolve and improve,” he added.