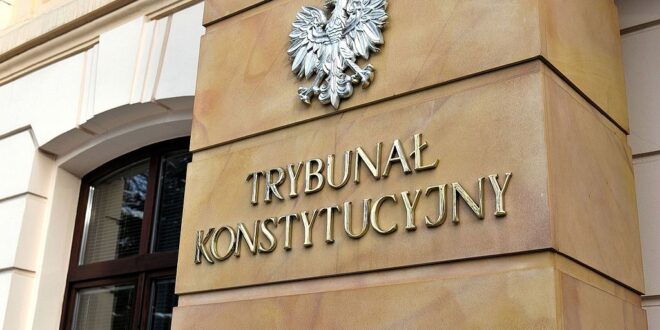 The power struggle has angered European federalists, who are seeking to turn the 27-member EU into a European superstate — a United States of Europe — and who do not take kindly to those who challenge their authority.

“We ought to be anxious about the gradual transformation of the European Union into an entity that would cease to be an alliance of free, equal and sovereign states, and instead become a single, centrally managed organism, run by institutions deprived of democratic control by the citizens of European countries.” — Polish Prime Minister Mateusz Morawiecki, in an October 18 letter to EU leaders.

“Today’s judgment of the Constitutional Tribunal is an appeal to the EU bodies to stop violating the treaties by trying to obtain through usurpation and blackmail competences that have not been obtained in the treaties.” — Polish Deputy Justice Minister Sebastian Kaleta.

“The call for the ‘Polexit’ could become a self-fulfilling prophecy. The European Union is committing suicide in its drive for unity.” — Commentator Marco Gallina, Tichys Einblick.

“It is not the truth that is at stake here but the EU seeking to get rid of the inconvenient government in Warsaw. According to the EU, Europe is to be progressive, open, liberal, tolerant and uniform. Anyone who does not like it has no place in the EU.” — Commentator Aleksandra Rybińska, writing for the Polish media group Wpolityce.

Poland’s Constitutional Tribunal has ruled that Polish law takes precedence over European Union law. The landmark ruling, which seeks to reassert national sovereignty over certain judicial matters, has called into question the legitimacy of the EU’s supranational legal and political order.

The power struggle has angered European federalists, who are seeking to turn the 27-member EU into a European superstate — a United States of Europe — and who do not take kindly to those who challenge their authority.

The EU, which Poland joined in 2004, has vowed to retaliate, including with potential financial penalties. Poland, which threw off the yoke of Soviet domination in 1989, replied that EU institutions are unlawfully overstepping their powers.

Poland is not the only country to challenge the supremacy of EU law. The United Kingdom, once the EU’s second-largest member state, officially left the bloc in 2020 to reclaim its sovereignty from the tentacles of the EU administrative state.

More recently, Germany’s Constitutional Court issued an unprecedented ruling that directly challenged the authority of the European Central Bank to purchase vast amounts of government bonds, a monetary policy known as quantitative easing. The German court ruled that the practice is illegal under German law as neither the German government nor the German parliament signed off on the purchases. The EU’s legal feud with its largest member has threatened to unravel not only Europe’s single currency, the euro, but the EU itself.

Poland says that it has no plans for a “Polexit.” Unlike Britain before its Brexit referendum in 2016, popular support for EU membership remains high. If, however, Poland were to leave the EU, it would cast doubt on the bloc’s future viability.

Poland’s dispute with the EU revolves around sweeping judicial reforms implemented by the ruling Law and Justice party (PiS) since 2015. The government has argued that its changes were necessary to tackle corruption in a justice system dominated by communist-era judges, but critics, including the European Commission, the EU’s administrative arm, say the reforms have eroded the independence of Poland’s judicial system.

The European Court of Justice recently ruled that Poland’s new regulations for appointing Supreme Court justices could violate EU law and ordered the Polish government to suspend them.

Polish Prime Minister Mateusz Morawiecki responded by asking Poland’s Constitutional Tribunal to determine whether EU institutions were overstepping their authority. On October 7, the Tribunal declared that the Polish Constitution has primacy over EU laws in some cases. The ruling states that the EU oversteps its authority whenever: a) EU authorities act outside the scope of the competences conferred to them by Poland in the EU treaties; b) the Polish Constitution is not recognized as the supreme law of the land; and c) Poland is not allowed to function as a sovereign and democratic state.

The dispute over judicial reforms is part of a bigger power struggle between Poland and the EU, which routinely interferes in Polish domestic politics on issues ranging from social policy to mass migration. In recent years, European officials have filed scores of lawsuits against the Polish government aimed at forcing Warsaw to comply with demands from Brussels.

The root cause of the tensions is a worldview conflict: Poland is one of the most conservative countries in Europe and the Polish government, supported by a large segment of the population, believes that Polish society should be organized around the principles and values of Roman Catholicism. This is directly at odds with the post-Christian worldview held by most EU officials, many of whom worship at the altar of multiculturalism. The conflict has been instigated and perpetuated by unelected bureaucrats in Brussels who want to remake Poland in the EU’s image.
Poland Explains its Position

The President of the European Commission, Ursula von der Leyen, pledged that the Polish challenge to the supremacy of EU law will not be left unanswered, but she did not say what the bloc would do, or when. In an October 8 statement she said:

EU Justice Commissioner Didier Reynders said that “all tools” would be used to preserve EU law in Poland and that the principle of the supremacy of EU law was “at the heart of the union.” In an interview with the London-based Financial Times, he said that a proliferation of similar legal challenges by EU member states, including France and Germany, posed a “real threat to the very architecture of our union.” He added:

Clément Beaune, Secretary of State for European affairs in the French government, said that the Polish court’s ruling was “an attack on the European Union.” He accused the Polish government of not respecting “fundamental European values.”

The leader of the Poland’s ruling Law and Justice party, Jaroslaw Kaczynski, welcomed the verdict:

Polish government spokesperson Piotr Muller said that the ruling confirmed “the primacy of constitutional law over other sources of law.”

EU Economic Commissioner Paolo Gentiloni warned that the Polish court case could have “consequences” for the disbursement of stimulus funds to Poland. The Polish government responded: “We’re not giving in to any blackmail.”

European Parliament President David Sassoli said that he was preparing to file a lawsuit against the European Commission for its failure to apply a mechanism, known as the Conditionality Regulation, which requires the cutting of funds to EU member states accused of breaching the principles of the rule of law. The mechanism, which was adopted in December 2020, has never been used.

Poland, along with Hungary, have challenged the mechanism at the Court of Justice of the European Union. They say it is not intended to uphold the rule of law but to administer a political punishment.

“It’s not a conditionality regime, it’s a mechanism to impose a sanction,” said Sylwia Żyrek, a lawyer representing the Polish government. Miklós Zoltán Fehér, a senior official from the Hungarian Ministry of Justice, argued that the measure was a “political procedure with a political intent.”

German Chancellor Angela Merkel has cautioned the EU against rushing to halt funds to Poland: “I think we can wait for this decision of the European Court of Justice now.” She called on the EU to negotiate with Poland. “I think it is now time to talk in-depth with the Polish government, how we can overcome the difficulties,” she said. “We have big problems, but my advice is to solve them in talks, to find compromises.”

Merkel said that she does not agree with those who believe that “political differences” should “always be resolved through court proceedings.” She added: “That’s why I’m a bit concerned about the large number of cases that are now being settled in court.”

The chancellor also criticized the European Parliament over its threat: “From my point of view, I find it a bit saddening, if I may say so cautiously, when the Parliament says that now we may have to sue the Commission. I don’t think that will lead to anything.”
Select Commentary

Commentator Georg Gafron, writing for the German blog Tichys Einblick, provided some historical context to the standoff between Poland and the EU:

Commentator Marco Gallina added that German politicians and media hostile to Poland were agitating against the Polish government and people:

The editors of the German blog Achgut [Axis of Good] published the full text of Polish Prime Minister Mateusz Morawiecki’s speech to the European Parliament. The blog was subsequently besieged with criticism from the German establishment. A Die Zeit headline proclaimed: “From the Toolbox of Right-Wing Populists.” Manfred Weber, chairman of the center-right European People’s Party Group [the largest and oldest group in the European Parliament] declared: “With your speech you are sowing rifts and strife in the EU.” Achgut replied: “What did the Polish Prime Minister actually say? Achgut.com documents his speech in the German translation of the original Polish text. You can form your own opinion. Where is the scandal?”

Writing for the Financial Times, Martin Sandbu examined the vulnerability of Poland and Hungary to EU financial pressure: