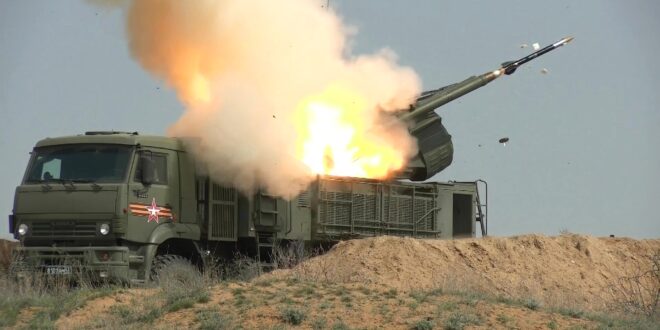 A Russian military expert said that the U.S. cannot destroy the air defense system of Russia, noting it successfully shot down U.S. cruise missiles in Syria in 2018, according to al-Watan.

The U.S. Secretary of State Anthony Blinken announced yesterday that the United States will use all available means to block Iran’s drone program. At the same time, Russian military expert Alexei Leonkov said that U.S. bombers will not be able to destroy the air defense system of Russia, noting that Russian defense systems successfully shot down U.S. cruise missiles in Syria in 2018.

“The United States will use sanctions to prevent and dismantle sales networks that allow the supply of materials and technologies related to drones,” Blinken said in a State Department press statement, according to al-Manar (Hezbollah-affiliated Lebanese channel, Editor’s note).

According to opposition websites, Blinken claimed that Iran had used drones to launch what he described as “attacks on American forces and international traffic,” adding that the United States was working to prevent, deter, and dismantle networks that provide Iran with drone technology.

On October 20, drones attacked U.S. occupation forces at the illegal al-Tanf base in eastern Syria. U.S. Central Command said that it has reserved the right to retaliate to the attack “at the right time and place.”

On Saturday, the U.S. Treasury Department announced a new package of sanctions against several individuals and institutions in Iran, based on their alleged support for the Iranian Revolutionary Guard Council’s (IRGC’s) drone program.

Four Iranian citizens — two of them linked to the Iranian Revolutionary Guard — were restricted. Two Iran-based companies were also placed on the sanctions list, the U.S. Treasury said in a statement.

Leonkov also highlighted that the U.S. B-1B Lancer is an old model, even by U.S. military expert standards, according to the Russia Today website.

“To target Russian fleets in the Black Sea and the Baltic Sea, the United States will need to use many aircraft carriers — several times greater than our air defense capabilities. This is what they do during their exercises but, so far, they have concluded that they cannot destroy Russia’s air defense system. We will shoot down everything that flies towards us, even before the bombers reach their positions and drop bombs,” said Leonkov, responding to an article in Forbes, the US weekly magazine. “Our air defense system successfully shot down U.S. cruise missiles in Syria in 2018. And Syria has only an outdated version of the system, while our current air defense system is more modern and of higher quality.”

Leonkov’s article responded to an article previously published by David Axe in Forbes, which claimed that U.S. Air Force B-1B Lancer strategic bombers — being 40-years old — could efficiently and effectively account for the Russian fleet. The author predicted a grisly end for the Baltic fleet.