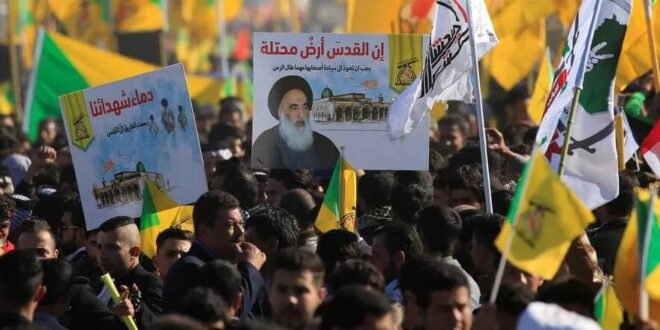 With previous power sharing arrangements likely to be replicated in Iraq and an exodus of NGOs, the future for Iraq looks depressingly similar.

On 7 November, outgoing Iraqi prime minister Mustafa Al-Kadhimi survived an assassination attempt, casting a shadow over the country’s recent elections. While the attack remains unclaimed, pro-Iranian Popular Mobilisation Forces (PMF) groups are suspected of being involved following their party’s (the Fatah Alliance) rejection of the election results. The attack occurred only days after large demonstrations, held by Fatah supporters, turned violent last week in Baghdad. The protestors are claiming election fraud after the party lost a significant chunk of its parliamentary seats in the October 10 elections. The vote marked the country’s sixth parliamentary elections since the fall of Saddam Hussein. Originally slated for spring 2022, the elections were moved up following massive protests in late 2019, also known in Iraq as the Tishreen movement. The government scheduled early elections, as well as passed electoral reforms, as a concession to the protestors. Yet, many Iraqis were disillusioned before the vote even took place. Faith in the government, and the possibility of reform, was noticeably low. By the time the protests dwindled, more than 600 demonstrators were dead, killed by security forces. In the year and a half that followed, the number of assassinations and kidnappings skyrocketed, primarily targeting activists and journalists. The coronavirus pandemic further evidenced the government’s inability to provide basic services. The pandemic shed light on the decimated state of the Iraqi health system, as well as gross government mismanagement. Two consecutive fires in Covid-19 hospitals, one in Baghdad and one in Nasiriya, killing a total of 174 people, were the consequence of poor safety measures, of which health officials and hospital management were aware. As a result, many of those who participated in the Tishreen movement, the catalyst for the early vote, boycotted the elections altogether.

Unsurprisingly, voter turn out was notably low, with only 43% of eligible voters participating in the elections. Voter turnout has been steadily declining with each election, and this election marks the lowest participation rate to date. The largest dip in voter turnout was between 2014 (60.05%) and 2018 (44.5%). While many predicted the Sadrists and the Fatah Alliance, affiliated with pro-Iranian PMF groups, as the two main winners, only the Sadrists performed as expected. Muqtada Al-Sadr’s party, Sairoon, went from 54 seats in parliament to 73 (out of 329), a major victory for the cleric and his supporters. The Fatah Alliance, on the other hand, suffered major losses, going from 48 seats to 16. The subsequent unrest, and assassination attempt on the PM, has revealed just how fragile the Iraqi political system is.

While some might see Fatah’s loss as a statement of declining popular support for the party, or its affiliated pro-Iranian PMF groups, the results of the vote point to the convoluted nature of the current Iraqi electoral process. Seat attribution in particular is somewhat misleading. Fatah’s massive loss is a consequence of the new electoral law passed in 2020, and simply illustrates a poor election strategy from the Fatah Alliance. One of the major changes was the adoption of the SNTV voting system, removing the ability of candidates from the same party to transfer votes to each other. In prior elections, if an individual received more votes than needed to secure a seat, they could transfer the ‘surplus’ votes to another candidate of the same party. This would then allow the second candidate to accumulate enough votes to secure a seat. Under the new law, the number of candidates put forward in each constituency needs to be carefully considered, otherwise candidates of the same party end up competing for votes. Fatah, a party comprised of multiple groups, often nominated multiple candidates in the same area, fragmenting the votes for the party. As a result, individual Fatah candidates failed to secure enough votes to win a seat despite the party receiving almost as many votes as Sairoon (the Sadrists). The only significant difference between the two parties, is that Sairoon developed a more effective and coherent electoral strategy than the Fatah Alliance.

Yet, fewer seats won by a party does not necessarily translate into a lack of power within the government. This is due to the parliamentary majority needed to form a government, which the Sadrists alone do not hold. Like in past elections, negotiations between various parties will take place until a coalition is formed. This power sharing arrangement will dictate who exercises power within the government, rather than seats won. It is unlikely that these elections will produce a different distribution of power. Instead, it will be yet another iteration of the existing political class and power structures. The only real question to come out of these elections is whether Fatah’s loss will lead to a greater escalation of violence.

The elections incited many discussions around the various political parties, power sharing, national level politics, and the fallout of the Tishreen movement; but little has been said about what the vote may mean for Iraq’s most disenfranchised areas, including Mosul. Four years have now passed since liberation, and the government has yet to invest in significant reconstruction projects. Similarly, by August 2021, less than 3% of people who submitted claims to the government for damages incurred during the city’s liberation were compensated. Most rebuilding is done by international institutions, NGOs, or local residents, fueling community frustrations and claims that the Iraqi government cares little about the city and its inhabitants. Largely disillusioned by government promises, voter turnout in Mosul was discouragingly low compared to the national average. Voter apathy, combined with the electoral commission’s failure to issue many of the new biometric voting cards on time, resulted in an average participation rate of 13.01% for the entire city. Of the city’s 12 seats, 7 were won by Halbousi’s (the current speaker of parliament) Takadum party. Much of the party’s success can be attributed to their main candidate, Muzahim Al-Khayat, the former dean of the University of Ninewa, a well-known doctor affiliated with UN reconstructions projects.

Voter apathy in Mosul speaks to the overall disillusionment of residents with the political process. Cynicism overshadowed the elections, as many candidates were either new, unfamiliar faces or members of the old guard, like Osama Al-Nujaifi (the brother of the former governor of Ninewa) and Khaled Sultan Hashem (the son of one of Saddam’s top generals). Few people see the elections as a door to greater government accountability or investment in reconstruction. Furthermore, coalition negotiations for parliamentary majority will almost certainly reproduce the past power sharing arrangement, indicating little change can be expected for Mosul. As the dust settles in Mosul, NGOs and international institutions are slowly closing shop. They explain that Mosul no longer falls under the ‘humanitarian emergency’ category, it is now considered in the ‘development’ phase. With elections bringing little hope of government reconstruction, and NGOs packing up their bags, Mosul’s future appears bleak to its residents.

Post Views: 177
Previous Belgium terrorism convict arrested in Bulgaria
Next What Stands Between the Taliban and Recognition?