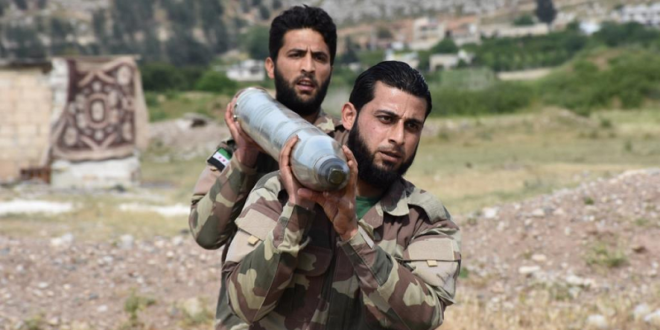 SOHR sources have reported violent clashes with heavy machineguns between factions of “al-Fath al-Mubin” operations room and regime forces on the frontlines of Deir Sonbol village in the western countryside of Maarrat al-Nu’man. The clashes erupted following an infiltration attempt by regime forces into posts of the factions. However, no casualties have been reported so far.

SOHR sources reported earlier this morning that opposition factions fired several rockets on the regime-controlled town of Jurin in the western countryside of Hama. However, no casualties were reported.