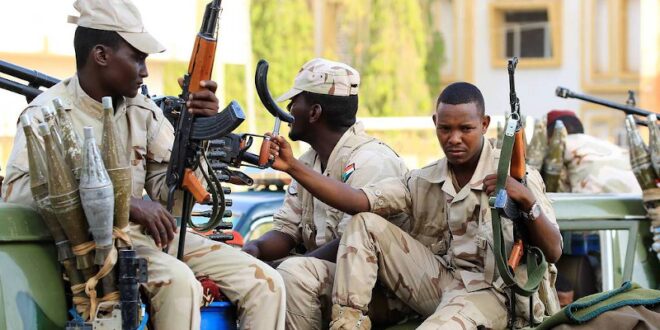 The Geopolitics Of The Sudan Coup – Analysis

Nearly three weeks after a coup that dissolved a tenuous transitional government, protesters in Sudan remain defiant. On Saturday, five protestors were killed and dozens were injured in pro-democracy demonstrations, as security forces deployed tear gas and gunfire to disperse the crowds. When protestors began to form in all of the “three cities” that comprise the Khartoum area, security forces moved swiftly to prevent them from accessing key meeting locations. Security forces shut down bridges, deployed barbed wire to prevent road access, and charged a hospital to detain several wounded. Efforts toward obstructing road access likely coincide with concern over increasingly strategic tactics of mass mobilization – if demonstrators continue to advance, they could reach platforms the internet shortage has sought to disrupt. An internet blackout ensued after the coup, leading individuals to encounter telecommunication disruptions, and the military stormed a radio and TV headquarters in Omdurman, detaining the staff.

These new tactics and strategies could leverage efforts toward dismantling the precarious power structure comprising military rule. This factor likely explains the crackdown on Saturday, as security forces sought to prevent demonstrators from mobilizing and disseminating demands across various platforms. Protests were encouraged by calls from the Sudanese Professional Association and a loosely-knit network of “neighborhood resistance committees”—both of which formed in the wake of the 2010-2013 Arab Spring. These groups, along with a variety of ad hoc grassroots mobilization efforts, saw protests erupt beyond the country’s capital, including peripheral areas such as Kassala and Wad Madani. The deployment of violence and swift aggression by security forces signals unease about this renewed mass civilian mobilization. Indeed, while many international actors like US Secretary of State Andrew Blinken have called for a return to a negotiated transition pact that includes the military’s continued role in key institutions, the recent coup triggered a more radical of discourse among protesters, who promise to protest until the country’s government is entirely civilian-led.

These latest developments follow weeks of unrest and complex geopolitical maneuvering. On October 25, 2021, General Al-Burhan announced the dissolution of the transitional government, bringing an end to civilian rule and declaring a state of emergency in Sudan. A move which sparked condemnation from the EU and Russia, and an initial deafening silence from key regional players such as Egypt, the UAE, and Saudi Arabia. The UAE’s silence follows the strategic partnership forged between the UAE and Sudan, to increase bilateral cooperation and modernization, while Israel’s silence comes amidst the military’s desire for normalization with Israel.

Saudi and the UAE have been vying for control over the lucrative Red Sea port, funneling investments to administer influence over Sudan in a geopolitical power grab. Political analyst Jihad Mashamoun cited Saudi investments as an attempt to diminish UAE influence over Sudan’s governance, a power once exercised by the UAE through military leadership within the transitional government. However, Mashamoun observed diminishing UAE influence from the compliance of military leaders with Saudi policy, and General Al-Burhan’s rejection of UAE policy. Thus, the UAE’s momentary silence likely stems from an unsuccessful power grab predicated on geopolitical influence and diminishing control over Sudan’s military leadership. Beyond investments and economic policy, Saudi Arabia also formed close relationships with key government-back militia groups like the RSF—which they employed as mercenaries in Yemen. Nevertheless, in a surprising turn of events that shocked even the most optimistic of commentators, Saudi Arabia and the UAE joined the US and other key players in condemning the coup on November 3rd, 2021. The UAE’s move could jeopardize its geopolitical hold in the region, signaling its disproval of military rule and preventing it from establishing a larger dominance in the Red Sea.

Many protesters also directly invoked the role of Egypt’s el-Sisi as a looming foreign influence behind the scenes. Egypt sought influence over Sudan to coincide with aims of establishing a geopolitical dominance to resolve the Grand Ethiopian Renaissance Dam (GERD) issue. An arrangement with Sudan included economic and military assistance, a railway to facilitate goods transportation, and the “Guardians of the Nile” military drills of 2021. Scholar Mohammed Soliman cites this arrangement as a way for Egypt to exert a formidable presence in the horn of Africa, enabling Egypt to pursue the necessary negotiations required in reaching an agreement regarding GERD. The geopolitical importance of Sudan explains Egypt’s silence on the recent coup, as continued military rule would likely protect their interests relating to the dam.

While the recent military takeover brought the transitional government to an end in Sudan, the move was hardly unforeseeable. Since 2019, analysts cited a fear of diminishing military control during the impending transfer to a civilian government as a trigger for a seemingly inevitable power grab. The coup follows rising tensions within the transitional government, which came to a head in a failed September coup ascribed to an ambiguous group of Bashir loyalists. In retrospect, analysts may wonder to what extent this move represented a “failed” attempt rather than a test-run to elicit signals of vulnerability and loyalty within the civilian government and the coercive apparatus at large. At the time, military leaders inculpated civilian politicians for the coup, accusing them of abandoning public welfare due to preoccupation with internal factions. Likewise, civilian leaders accused military forces of vying for power accumulation.

The September coup attempt, as well as recent events, can be traced back to the delicate balancing act civilian leaders sought to play in seeking to gradually sideline the military from power. While analysts and activists alike recognize this as a noble cause, it is one that proved difficult given the entrenched role of armed groups in the country’s economy. Collaboration between the military and their civilian counterparts took a hit after civilians sought to implement changes within the security sector, with military forces soon after expressing their discontent by ending their participation in joint meetings with civilian leaders.

After the failed September coup, Prime Minister Hamdok reissued calls for the military’s business affairs to be brought under civilian supervision, a move which served as a source of contention. Since the late 1990s, Bashir shored up the loyalty of the Sudanese Armed Forces (SAF) and a complex web of militia groups using rents from newly discovered oil in South Sudan. Following the country’s independence in 2011, the regime increasingly gave the SAF and the newly formalized Rapid Support Forces (RSF) lucrative contracts in mining, agriculture, and land deals to maintain their loyalty as state revenues plummeted. By the 2019 revolution, the SAF and RSF’s economic empires included integral companies extending to agriculture and infrastructure domains, and exercising influence in the private sector, possessing control in mining and energy spheres. Ultimately, recent events seem to highlight the military’s conviction that it cannot exercise economic and political influence via joint rule. Which, despite the tendency of activists to downplay regional comparisons, resembles the 2013 events in Egypt more than Tunisia’s ability to initially negotiate a pact with its armed forces to exercise power from civil society rather than inside the government. Nevertheless, Sudan’s unique history and relationship with military rule cannot be understated as a key factor driving protester attitudes. Slogans and discourse have evoked Sudan’s two previous revolutions as both lessons and sources of inspiration. The military claims that the recent takeover was necessary to prevent a civil war, analogous to the 1985 revolution where the military declared a political and economic crisis required them to seize power.

Resistance to military rule in the streets is unequivocally strong and will likely continue in the coming weeks. Prior to the military takeover, cleavages from the failed coup pointed to factionalism within the joint government, yet may go down in history as a half-hearted attempt by coup-plotters to better map the political landscape and balance of power. While there is little indication that military rule will disappear overnight, the past weeks have seen the coup regime increasingly isolated on the international stage and face a defiant level of mass-mobilization that is unlikely to subside anytime soon.