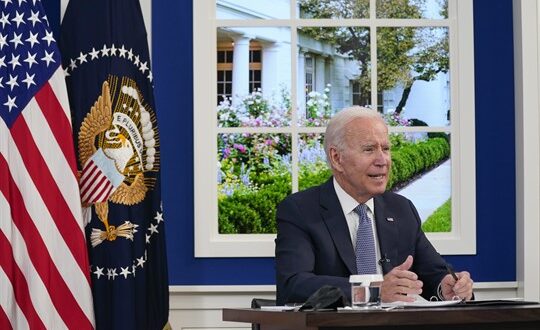 ‘America Is Back’ Won’t Save the U.S.-Led Global Order

After the collapse of the Soviet Union and the end of the Cold War, the United States and its allies enjoyed a near monopoly on economic, military and ideological power in a suddenly unipolar world. Over the decade and a half that followed, the U.S. emerged as the dominant power atop a liberal international order in large part shaped by its preferences.

But the rise of China and resurgence of Russia as great power competitors has challenged Washington’s global leadership role, while offering new options to countries seeking alternatives to the U.S.-led order. That coincides with the emergence within the U.S. and other Western democracies of movements questioning the foundations of that order. Combined, these trends have significantly weakened the United States’ ability to maintain its hegemonic position in a rapidly transforming international landscape.

This week on a special edition of Trend Lines, Daniel Nexon joins WPR weekly columnist Howard French to discuss the rapidly changing global order and the United States’ place in it. Nexon is a professor at Georgetown University’s School of Foreign Service. With Alexander Cooley, he is the co-author of “Exit from Hegemony: The Unraveling of the American Global Order.”

Post Views: 70
Previous The U.N. Needs New Thinking on How to Prevent Civil Wars
Next After Afghanistan, EU Crisis Intervention Should Go Big, Not Go Home