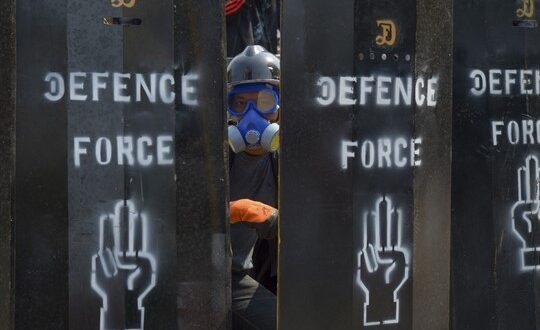 The U.N. Needs New Thinking on How to Prevent Civil Wars

Up until the spring, the pro-democracy movement in Myanmar was mainly expressing its opposition to the military junta that seized power in February through peaceful protests. But over the summer, in reaction to the junta’s violent and often lethal response, hundreds of small, armed, civilian resistance groups popped up and begun to carry out ambushes on military convoys around the country. As Betcy Jose and Peace Medie have shown, this is typical of how civilians begin to protect themselves with force when faced with violence from their own government, and in the absence of adequate outside help.

And when peaceful protesters begin to turn violent, military regimes typically respond with an even worse crackdown, causing the violence to escalate and the political contestation to slide into civil war. Yet, the AP reports this week that the United Nations sees itself as hamstrung in the situation. Although the organization’s Credentials Committee is stalling a decision on whether to recognize the junta, “the UN is unlikely to take any meaningful action against Myanmar’s new rulers because they have the support of China and Russia.”

Post Views: 72
Previous Has the Countdown Begun for Regime Return to East of Euphrates?
Next ‘America Is Back’ Won’t Save the U.S.-Led Global Order