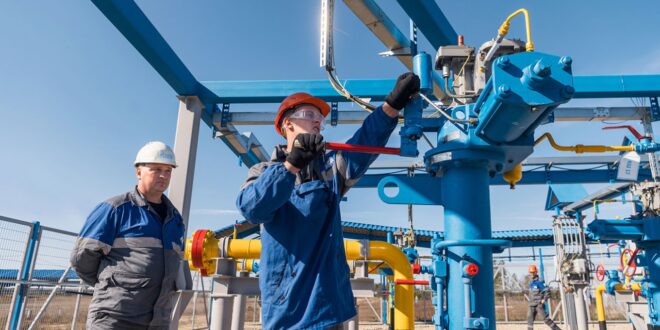 The company has rejected an opportunity to book extra transit capacity through Ukraine and Belarus for the third month running, even as it starts to boost supplies.

Gazprom has rejected an opportunity to book extra transit capacity on pipelines to Europe for the third month running, as the energy squeeze on the continent continues to push prices higher.

Politicians in Europe have accused Moscow of withholding gas supplies in an attempt to accelerate approval for the controversial Nord Stream 2 pipeline, which links Russian gas fields to Germany via a mega pipeline under the Baltic Sea.

Moscow says it is not manipulating the market and has pushed Europe to strike long-term supply deals with Gazprom if it wants to guarantee extra supplies.

The company, Russia’s monopoly gas exporter, booked no additional transit capacity on either of the main transit routes to Europe through Belarus and Ukraine for the month of December, Russia’s state-run TASS news agency reported, citing data from European gas infrastructure operators.

It was the third consecutive month of Gazprom booking no additional capacity on the routes, meaning the company could be intending to ship only the minimum amount of contracted supplies to the continent. Gazprom says its decisions over whether to book extra capacity are dictated by purchase agreements from gas buyers.

Flows through Ukraine and Belarus have traditionally accounted for more than three-quarters of Gazprom’s supplies to the EU. However the company favors the Nord Stream pipeline, which does not incur high transit fees. The original Nord Stream, which started pumping gas in 2011, has accounted for 30% of Gazprom’s exports this year, according to Sova Capital, and is the only major transit route which has seen supply levels stable at maximum capacity throughout the year.

European gas prices rose 10% in response to Gazpom not booking extra capacity through Ukraine and Belarus for December, with spot prices for gas still running at more than five times last year’s level.

According to its own data, Gazprom has started to increase supplies to Europe in recent days, following a months-long process of replenishing storage facilities in Russia. Supplies to Europe were up 14% in the second week of November compared to the first week of the month.

“​​We are starting to see the promised increase in flows to Europe, as well as some positive momentum in European underground storage. However, exports to Europe still lag in terms of flows versus historic levels,” said Sova Capital energy analyst Mitch Jennings.

Gazprom’s gas exports to Europe are down by around 9% this year compared to the record supply year of 2018. But that comes against surging demand for power and after exports set all-time highs at the start of 2021, thus exacerbating the supply crunch which has hit markets this fall.

Gazprom’s refusal to book additional transit capacity for December will keep the issue of Russia’s energy relations with Europe under the spotlight.

It also comes at a time when Gazprom’s gas sales to China are surging. Shipments through the Power of Siberia pipeline, which connects Siberian gas fields to China’s energy network, are running 30% above contracted levels, the company said Monday.

German regulators are currently assessing the recently completed Nord Stream 2 pipeline before it can be put into use. Officials said Monday they would consult Ukraine, which says it stands to lose $2 billion a year in transit fees from the pipeline, during that process. Russia says it is ready to start pumping gas as soon as it is given permission, and is eyeing a launch in early 2022.

Post Views: 78
Previous Defense chief reports to Putin on successful patrol of Russian, Chinese strategic bombers
Next For Germany, Far-Right Extremism Is a Problem From Hell