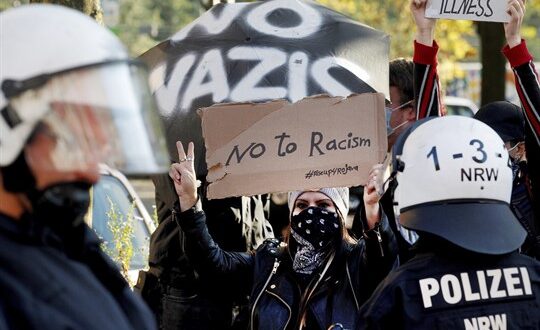 For Germany, Far-Right Extremism Is a Problem From Hell

No European country does more than Germany to confront right-wing extremism—namely xenophobic, anti-democratic movements that perpetrate or extoll violence. Since the end of World War II, against the backdrop of the Nazi regime’s crimes, the country has battled far-right extremism in a vast array of ways: using the security apparatus, democracy promotion, educational campaigns and even bans on extremist parties and organizations, among other measures.

One might even say that Germans are specialists in the field—although in Europe, the phenomenon of a violent far right is not unique to Germany. Yet even though Berlin bends over backward to address the scourge, its efforts are often akin to fighting the Hydra monster of Greek mythology: Every time one of its heads is cut off, two seem to grow back