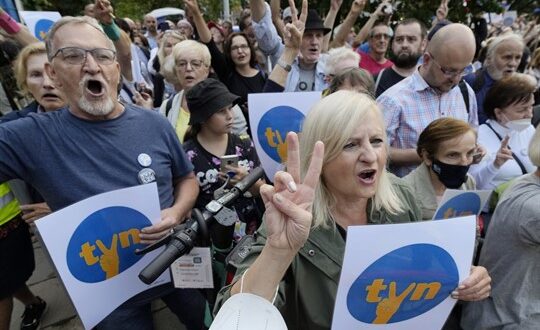 Poland’s Attack on Press Freedoms Is Facing a Major Backlash

In mid-August, Poland’s ruling right-wing Law and Justice party, or PiS, introduced a bill that would ban non-European ownership of Polish media properties. Detractors saw a blatant attack on TVN, the biggest independent television news source in the country and frequent PiS critic, which is owned by U.S. media conglomerate Discovery. Despite the opposition, PiS pushed the bill through the lower chamber of parliament with the help of some dubious procedural maneuvers and the votes of several MPs from an allied party, sparking widespread—and at times colorful—accusations of political corruption.

The resulting political maelstrom leaves Poland with its freedom of speech under threat, its parliament in disarray and its ties with its most powerful ally strained.

Post Views: 88
Previous What’s Really Standing in the Way of European Strategic Autonomy
Next Will Oman’s New Income Tax Be the Start of a Political Sea Change in the Gulf?