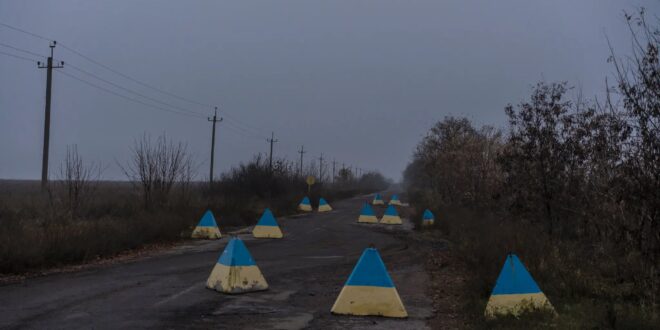 Western intelligence officials are increasingly convinced that the Russian president wants to take control of a larger swath of territory.

American intelligence officials are warning allies that there is a short window of time to prevent Russia from taking military action in Ukraine, pushing European countries to work with the United States to develop a package of economic and military measures to deter Moscow, according to American and European officials.

Russia has not yet decided what it intends to do with the troops it has amassed near Ukraine, American officials said, but the buildup is being taken seriously and the United States is not assuming it is a bluff.

Avril D. Haines, the director of national intelligence, traveled to Brussels this week to brief NATO ambassadors about American intelligence on the situation and a possible Russian military intervention in Ukraine. Ms. Haines’s trip was long planned and covered a variety issues, but the growing concerns over Russia were among the short-term threats discussed, according to officials briefed on them.

The United States has also been sharing intelligence with Ukraine. And on Friday, Gen. Mark A. Milley, the chairman of the Joint Chiefs of Staff, spoke with Lt. Gen. Valery Zaluzhny, the commander in chief of Ukraine’s military, to discuss Russia’s “concerning activity in the area,” the Joint Staff said in a statement.

American and British intelligence are increasingly convinced that President Vladimir V. Putin of Russia is considering military action to take control of a larger swath of Ukraine, or to destabilize the country enough to usher in a more pro-Moscow government.

American and allied officials sounded an alarm in April, as Moscow built up forces near its border with Ukraine. But the current buildup, which appears to involve more troops and sophisticated weaponry, has engendered more concerns — particularly as Russia has moved to jam Ukrainian surveillance drones. Hostilities have also spiked since Ukraine used one of its drones to attack a separatist howitzer, prompting Russia to scramble jets.

“It’s not inevitable that there’s going to be an increase of kinetic conflict, but all the pieces are in place,” said Frederick B. Hodges, the former top U.S. Army commander in Europe now with the Center for European Policy Analysis. “If we, the West, look like we are not cohesive and ready to work together, then the risk of the Kremlin making a terrible miscalculation goes up.”

American intelligence officials have told allies that Mr. Putin has grown frustrated with the peace process set up by France and Germany in 2014 after Russia annexed Ukraine’s Crimean Peninsula and engineered a separatist rebellion in eastern Ukraine.

Some former officials say Mr. Putin could be intent on securing a land route between eastern Ukraine and Crimea. And American analysts believe Mr. Putin sees the next few months as a unique moment to act.

With Chancellor Angela Merkel of Germany leaving the world stage, there is less pressure on Ukraine to make concessions. Without a coalition in Germany, there is little leadership in Berlin.

Russia has already begun manipulating energy supplies in Europe, a Western official based in Brussels said. When energy prices rise, the official said, Mr. Putin feels he has more latitude to act.

And with rising prices and limited supplies, Russia has more money to pay for military operations, according to current and former officials.

American officials want to create a “common prescription” of actions the United States and Europe would take, should Russia move against Ukraine militarily. While there are parts of Russia’s economy that have not been subjected to sanctions, the United States will need to build support in Europe for new measures to be effective.

On Thursday, as Ms. Haines was leaving Brussels, the Senate confirmed Julianne Smith to become the next U.S. ambassador to NATO. Her nomination had been held up for months by Senator Ted Cruz, Republican of Texas, complicating American efforts to form a united response to the growing threat to Ukraine.

At NATO, Secretary General Jens Stoltenberg has offered his own warnings about Russia. Speaking in Berlin on Friday, Mr. Stoltenberg described the “large and unusual” concentration of Russian forces on Ukraine’s border. “It is urgent that Russia shows transparency about its military build up, de-escalate and reduce tensions,” he said.

Russia sent troops to a site in Crimea called Cape Opuk and moved a larger number to a former warehouse complex near the Russian town of Pavlovsk. The deployments put Russian tanks, howitzers and Iskander short-range ballistic missiles within striking distance of Ukraine’s border, according to a recent report from the Center for Strategic and International Studies.

Earlier in the week, Lloyd J. Austin III, the secretary of defense, also said the Russian troop buildup was a matter of concern. “We’re not sure exactly what Mr. Putin is up to, but these movements certainly have our attention,” he said.

The growing worry about Russian intentions comes after William J. Burns, the C.I.A. director, traveled to Moscow this month at the behest of President Biden to warn against any action against Ukraine.

American officials warned Russia that using its forces to intimidate Ukraine or take more territory was unacceptable and would prompt a strong reaction from the West.

While some cautioned that it was too soon to judge Moscow’s reactions, others briefed on the meeting believed Russia was not taking seriously the threat of a tough response.

Intelligence officials are still wrestling with the possible connections between the migrant crisis on the Polish-Belarusian border and Russia’s military buildup on the border with Ukraine.

Intelligence officials have not found direct involvement of Russia in the Belarusian border crisis, and some believe President Aleksandr G. Lukashenko of Belarus engineered it with little or no input from Russia.

On Friday, the Polish government announced that Ms. Haines had met in Warsaw with Prime Minister Mateusz Morawiecki and other officials to discuss security on NATO’s “eastern flank.” The meetings, the government said, were conducted at the request of the United States.

Mr. Putin has a long history of using drama in neighboring countries to advance his own interests. NATO countries, said the Western official, need to be mindful that the Belarusian crisis and troop buildup on Ukraine’s border are occurring at the same time.

“Putin is very fleet of foot,” said Jim Townsend, a former senior Pentagon official. “I think he likes diversionary things. This plays into his hands. All eyes are on the Belarus border. Meanwhile, he is putting together what he feels might need to go into Ukraine.”

Any response to Russia’s deployments should be carefully calibrated to avoid escalating the situation and further endangering Ukraine, American and European officials said.

“We have to be ready to be tough,” Mr. Townsend said. “We don’t have to go bomb something. But we have to be clever in how we show our military capability.”