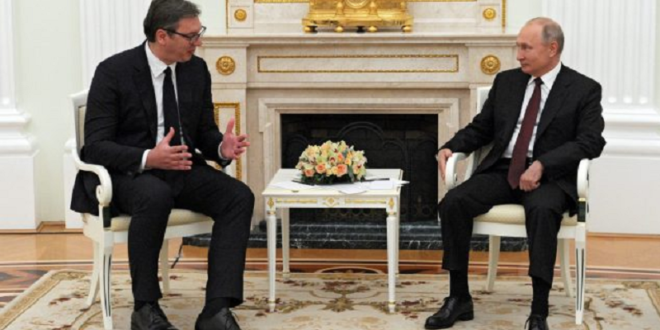 Serbia expects a “friendly price” for Russian gas when the country’s current supply deal expires on December 31. But analysts are less certain about the political cost.

Serbian President Aleksandar Vucic says he will “beg” Russia’s Vladimir Putin for a new gas deal beyond the end of the year when he visits Sochi* on Thursday, but analysts say the deal is likely already done and the only question is – at what political price?

Vucic told Serbian broadcaster Happy last week that he would “ask and beg” Putin to grant a new 10-year deal for “at least” three billion cubic metres per year. The current deal is for five bcm. But Foreign Minister Ivica Dacic has already disclosed that Russian officials have promised a deal at a “friendly price”, probably the best in Europe, he said on Sunday.

“I don’t think there are any big doubts about that, that these things were agreed upon in advance and that it was told to Vucic, via diplomatic channels, that Serbia would get a very favourable price for gas, possibly even cheaper than for Belarus,” Jaksic told BIRN.