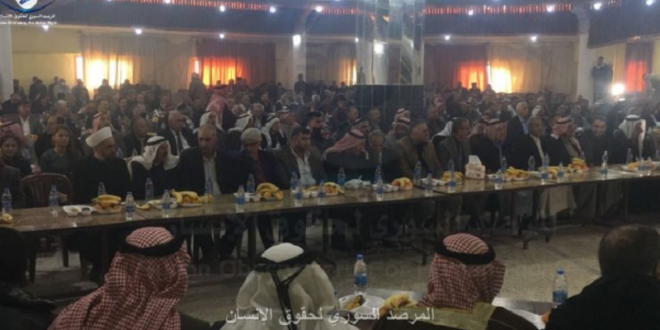 The detainees were arrested on charges of belonging to “ISIS,” dealing with Turkish-backed National Army.

Tribes’ dignitaries have also called on improving the living conditions of the people in the region, providing basic services, adequate fuel for agriculture, and supporting the agricultural sector.

Yesterday, SOHR sources reported that Syria Democratic Forces were preparing to release a large number of detainees arrested earlier for “belonging to ISIS”, as it was expected that at least 850 prisoners, mostly from Deir Ezzor and Al-Hasakah, would be released. This development came after mediation by tribes’ dignitaries in the region.

It is not known if all the prisoners will be released at once or in several batches.