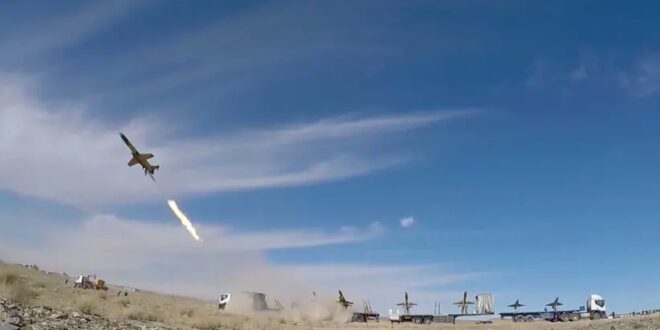 The legislation states that it is US policy to prevent Iran and Iranian-aligned groups from acquiring UAVs that can be used in attacks against the US or allies.

A bipartisan group of leading members from the House Foreign Affairs Committee introduced the Stop Iranian Drones Act (SIDA) on Tuesday. According to a joint statement by the members, the bill would “clarify that US sanctions on Iran’s conventional weapons program under CAATSA [Countering America’s Adversaries Through Sanctions Act] include the supply, sale or transfer to or from Iran of unmanned combat aerial vehicles.”

The legislation also states that it is US policy to prevent Iran and Iranian-aligned groups from acquiring unmanned aerial vehicles (UAVs) that can be used in attacks against the United States or its partners. House Foreign Affairs Committee Chairman Gregory Meeks (D-New York) and Ranking Member Michael McCaul (R-Texas) spearheaded the bill, together with Chairman of the Subcommittee on the Middle East, North Africa and Global Counterterrorism Ted Deutch (D-Florida), and Ranking Member Joe Wilson (R-South Carolina).

“Deadly drones in the hands of the world’s greatest exporter of terrorism, Iran, jeopardizes the security of the United States and regional peace,” Rep. Meeks said in a statement. He added that recent Iranian drone attacks on US troops, commercial shipping vessels, and against regional partners, along with the export of drone technology to conflict zones, pose a dire threat.

“The Stop Iranian Drones Act not only aligns current US sanctions law with the United Nations Register of Conventional Arms, but also sends a strong signal to the international community that support for the Iranian drone program will not be tolerated by the government of the United States,” said Meeks.

According to Rep. McCaul, Iran’s UAV proliferation continues to threaten the US and its allies throughout the Middle East.

“Whether the attack is launched by Iran, the Houthis, Iran-backed militia groups or any other Iran-sponsored entities, these attacks are intolerable,” he said. “With this bill, we are ensuring the world knows that the US will use every tool to cut off Iran’s UAV supplies and to punish those who continue to supply Iran with UAVs and parts despite their destructive impact,” said McCaul.

Rep. Deutch said time and again, the Iranian regime has used UAVs to continue its destabilizing behavior, threatening not only the broader Middle East region, but also US troops, interests, and allies.

“I am glad to see the Biden Administration taking this threat seriously,” he continued. “Now Congress must also act to ensure Iranian UAVs do not continue to end up in the hands of terrorist proxies or threaten the lives of American troops. This bill makes important clarifications to our current law to make certain UAVs are included in existing arms sanctions and bolster our ability to prevent Iran from using them for malicious and dangerous purposes.”

Rep. Wilson noted in his statement that it is critical that the United States strictly enforce its sanctions laws to respond to this growing threat.