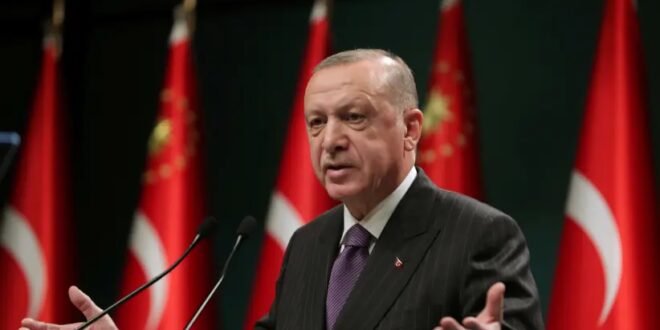 The Turkish currency is still in free fall. On Wednesday, the lira slid three percent to a new record low. In turn, the dollar’s exchange rate rose to as high as 13.49 liras – higher than ever before.

Turkish President Recep Tayyip Erdoğan promised low-interest rates in an interview with the TRT television station, Reuters news agency reports. Erdoğan said there will be lower interest rates by the time elections are scheduled for 2023, and that he is also no longer interested in using higher key interest rates to attract short-term investment into the country.

The Turkish currency, the lira, then collapsed in relation to the dollar and the euro. In turn, the dollar rose to just below 14 lira, while the euro climbed close to 16 lira.

The Turkish lira has weakened by more than 27% since the start of the central bank’s easing policy, by far the largest devaluation in the emerging markets. Consumer prices rose an annual 19.9% in October, nearly four times the official target.

Turkey’s currency has been falling for some time, and the economy is suffering. The background is President Erdoğan’s repeated interventions in the central bank’s monetary policy. Against all economic reason, Erdoğan believes that high-interest rates promote inflation. This ensures that fewer and fewer people can afford the basic foodstuffs they need, as prices rise daily.

“It’s a dangerous experiment that Erdogan is trying to do, and the market is trying to warn him of the consequences,” said Brian Jacobsen, senior investment strategist, multi-asset solutions at Allspring Global Investments, according to Reuters. “Imports are likely to become more expensive as the lira falls, which will exacerbate inflation.”