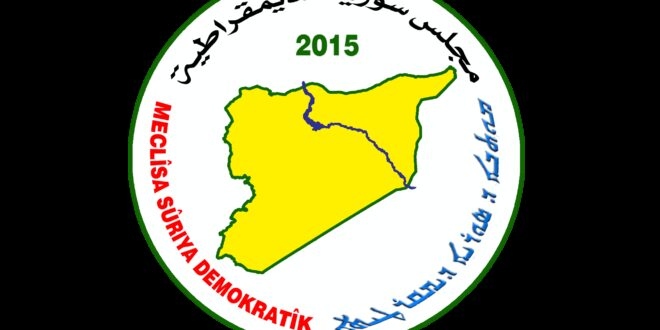 SDF Should Choose Between Moscow, Washington, and Damascus

These days, the Syrian Democratic Forces (SDF) militias have reached a three-way crossroad. The SDF could move towards Damascus, and sit at the table with the legitimate government, it could embrace Moscow and avoid breaking ties with it, or it might maintain its alliance with Washington and the U.S. occupation, pursuing the same path to reach the dream of a separatist state.

The SDF militias, and their Syrian Democratic Council (SDC) and Autonomous Administration backers, are making policy moves towards three possibilities or directions — without firmly opting for any one of them.

In the first direction, SDF continues to operate in the field with continued dependency on the U.S. occupation. They hope that this situation will continue as it is currently, eventually reaching a solution in which at least some of SDF’s separatist fantasies are obtained.

However, the wiser heads within SDF know that their “political and military” cause with the United States will be transferred to the Russians imminently. This conclusion stems from many indications and news reports confirming that Russian-U.S. relations are warming, and moving towards a consensus on Syria. This means that the “American fire sale” to sell out SDF is coming soon.

This dawning realization prompted the SDF militias to move in the second direction, which is to maintain a “thread of interests” with Moscow. SDF and SDC figures see nothing wrong in traveling to the Russian capital to discuss ways of creating a Damascus in Qamishli, albeit through Moscow.

SDF does not mind allowing Russian forces to enter new areas under its control in northeast Syria, convinced that this tactic constitutes a security umbrella to protect it from the threat of the Turkish regime. But, in fact, SDF is moving very slowly along the path towards a Russian partnership. This much is evident from the visit of SDC joint president Ilham Ahmed to Moscow last week, where she made proposals grounded in SDC’s vision of reaching a solution with the Syrian state.

SDF’s third option is to take the road to Damascus. SDF has already taken the first steps in this direction, motivated by the threats of the Turkish regime to move aggressively against the areas that SDF controls in northeastern Syria.

But this behavior is nothing more than a political maneuver. It is incumbent on the SDF to approach Damascus with conviction and without pressure, bearing a free and sincere will to do so. Such an attitude would reflect the fact that SDF forms a component of Syrian society, with the same rights and obligations, which do not depend on any particular party or objective.

Among all those options, one fact remains clear — a fact that some Kurds must learn and understand thoroughly: Damascus is closer to their community than Moscow or Washington is. The SDF’s gambit, which is to wager on stoking conflicting views within the region towards Syria, will fail and cannot continue indefinitely. In one way or another, the American occupation has started to pave the way for its withdrawal from Syria.

American coordination with Russia allows the latter to help the US administration to save face. The moment of the US withdrawal is nigh, and it will come without declaration or justification. Afghanistan offers an example of how this will work. Contrary to what the SDF militias think or claim, they are not allies with the United States. Instead, they are just a functional tool in the United States’ agenda in Syria — a tool that will no longer be useful when the United States ends its role in the Syrian crisis.