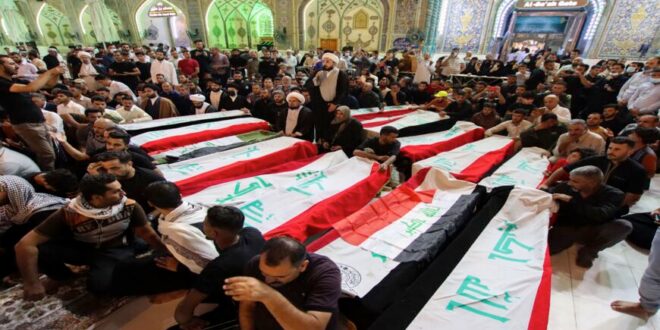 A recent string of attacks on Iraq’s Kurdistan Region peshmerga forces have raised concern over how effective long-discussed coordination with the central government is in the country’s flashpoint disputed territories.

Peshmerga forces operating in territory disputed between the central government and the Kurdistan Region of Iraq (KRI) have in recent days incurred multiple casualties in a number of attacks attributed to Islamic State (IS) cells.

An alleged IS attack late Dec. 2 on peshmerga forces and civilians in the Qarachogh area of Makhmour left several dead. Peshmerga Gen. Sirwan Barzani told local media late in the evening that his forces had been attacked by IS and were responding to the attack.

On Nov. 30, a peshmerga soldier who had been injured the previous night died in hospital, marking the eighth death the KRI forces had suffered at the hands of IS in the Diyala province since Nov. 27.

Though attempts continue to be made to increase cooperation between the forces answering to Erbil and those to Baghdad, problems remain.

Joint coordination centers set up earlier this year are “not functioning optimally due to a lack of clarity of the roles and responsibilities of the officers assigned to them,” the Pentagon’s latest report on anti-IS operations stated.

Diyala province, which borders Iran to its east, has long been used by IS cells to conduct hit and run attacks and kidnappings. Repeated operations by the regional operations command, which often finds large weapons stashes, have failed to entirely eliminate the cells.

Its orchards and winding riverbeds have long served as hiding places, especially amid security gaps between KRI security and military forces and their Iraqi central government counterparts.

One peshmerga officer told local media after the most recent attacks that there is “no security vacuum here” and these attacks happen mainly at night.

In April 2020, a Diyala security officer told this journalist that IS had begun to conduct attacks even during the day and “IS uses groves of trees between Kulajo to Jalawla to hide in.”

Some of the latest attacks have occurred in Kulajo (also spelled Kolajo), a subdistrict of Diyala.

The security officer, who could not be contacted after the latest attacks, had at that time claimed that among the IS fighters active in the area were Kurdish Iranians crossing into the province from Iran as well as “dozens of locals from the Karwi tribe in Jalawla.”

A weapons expert at that time confirmed to Al-Monitor that screengrabs of IS fighters in Diyala showed them firing Iranian mortar projectiles that had previously been seen mostly in the hands of “Iranian-supported Iraqi Shiite militias.”

The recent attacks have occurred in disputed territories. However, an Oct. 26 attack in a nearby area of Diyala under Baghdad control set off a series of sectarian killings and displacement.

In that attack, at least 11 Shiite members of a tribe had been killed. Following the attack, their fellow tribesmen went en masse to a nearby Sunni village, killing members of the community and burning down homes in revenge for what they claimed was “collusion” with IS. Many fled out of fear to neighboring provinces.

Since the international terrorist group lost its last territorial holdings in the country in late 2017, much of the activity of the group has focused on areas disputed between the central government and the KRI in the northern part of the country.

Diyala has long been used by jihadis and other insurgents for hiding and regrouping. It was where the Jordanian-born leader of al-Qaeda in Iraq at that time, Abu Musab al-Zarqawi, was killed in a 2006 airstrike.

In a 2016 CTC Sentinel report, security analysts Michael Knights and Alexander Mello wrote that, since 2003, Diyala had “served as a fallback location for the takfiri predecessors of the Islamic State.”

The peshmerga withdrew from parts of the Diyala province in October 2017 after pressure from Baghdad following a referendum on independence for the Kurdish region that the central government had been strongly opposed to.

The northern part of the province runs alongside the southern part of the KRI’s Garmiyan administration, which includes the Parvizkhan border point through which the largest number of goods pass into Iraq from Iran.

Locals from the KRI have repeatedly stressed to this journalist during her reporting trips to the area that this “forced withdrawal” from territory in Diyala and neighboring Kirkuk province remains a sore point in relations with the central government in Baghdad.

The peshmerga had been the main force responsible for retaking the flashpoint town Jalawla from IS in late 2014, but they were forced to leave it in October 2017.

This journalist reported from the Jalawla frontline with peshmerga forces in 2014 and returned in 2015 when armed groups linked to Iran were present in the town but in small numbers.

Garmiyan Asayish chief Nawshirwan Ahmed told Al-Monitor in an interview in September 2020 that “the sacrifice we made, we made it for our people. And so of course it is a terrible feeling when you see now that what you did was for nothing.”

“The forces now in Jalawla are oppressing our people there,” he said, referring to central government forces that have been in control of the area since 2017.

Meanwhile, recent protests in the KRI and the return of hundreds of would-be refugees and migrants to the region on flights from Belarus have drawn attention to grievances held by citizens of the KRI toward their regional government as well as a lack of opportunities for Iraqis in general.