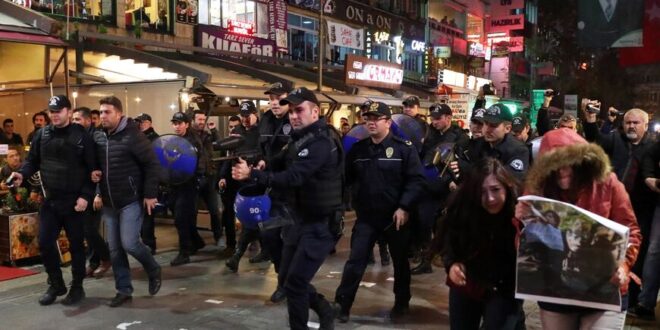 Police detained 25 individuals for alleged ties to the Revolutionary People’s Liberation Party-Front (DHKP-C) in Istanbul, Ankara and other parts of the country. Another 18 people are wanted by the authorities, the official Anadolu Agency reported.

The DHKP-C is a Marxist-Leninist armed group active in Turkey. It is perhaps most known for bombing the US embassy in Ankara in 2013, killing a Turkish security guard. Some Turkish citizens have been accused of supporting the group based on questionable evidence. In 2020, Turkish authorities arrested several lawyers for supposed ties to the DHKP-C, but other lawyer groups said the court proceedings lacked credibility.

Turkey, the United States and the European Union consider the DHKP-C to be a terrorist organization. Turkey has also accused them of working with the Kurdistan Workers’ Party, aka PKK.