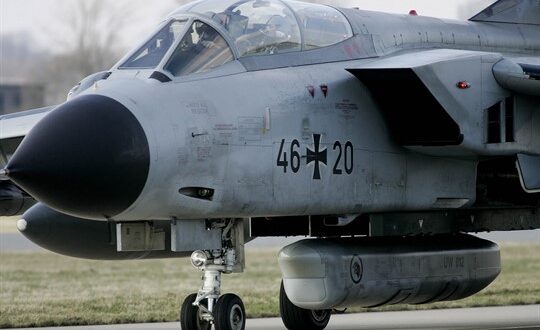 Observers in Washington and European capitals who were worried about NATO’s nuclear deterrent breathed a sigh of relief in late November, when the new German governing coalition signaled it would continue Germany’s role in the alliance’s nuclear-sharing agreement. But their reaction was tempered by the uncertainty that still surrounds U.S. President Joe Biden’s upcoming Nuclear Posture Review, which will also have major implications for NATO. Both the United States and Germany have been under strong pressure from other allies, concerned about how Washington’s and Berlin’s choices will affect their security and domestic politics. For now, however, it’s still one down, one to go.

The “Coalition Treaty” released on Nov. 24 by the three parties that make up Germany’s new coalition government, which took office on Dec. 8, included closely watched language concerning Germany’s role in NATO’s nuclear mission. In addition to U.S., U.K. and French strategic nuclear weapons, the alliance’s deterrent includes an estimated 100 nonstrategic, or theater-range, B-61 nuclear gravity bombs deployed by the U.S. in Belgium, Germany, Italy, the Netherlands and Turkey. In wartime, the U.S. president could authorize the use of these weapons, which would be delivered by allied fighter jets and pilots. The Coalition Treaty indicates that the Social Democratic Party, the Greens and liberal Free Democratic Party will support procurement of a nuclear-capable successor to Berlin’s aging fleet of Tornado fighter jets, a position previously endorsed by former Chancellor Angela Merkel’s conservative government.

Post Views: 126
Previous At Both Ends of Eurasia, the Era of ‘Pax Americana’ Is Coming to an End
Next Diplomacy Is the Middle East’s Best Bet, but It’s Still a Long Shot