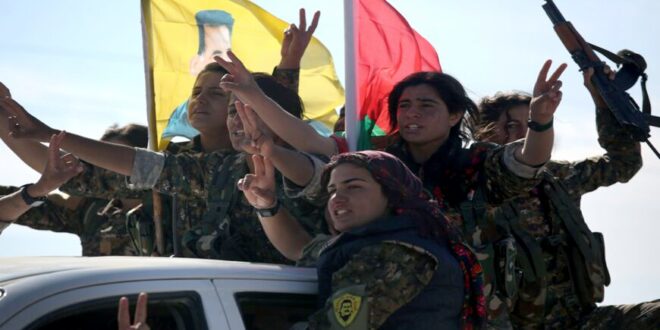 The Sinjar Resistance Units is a member of the Popular Mobilization Units, making it officially part of the Iraqi security forces.

Marwan Badal, who commands the Sinjar Resistance Units (YBS), was killed in a Turkish airstrike in Sinjar in western Iraq. The attack was carried out on his vehicle via an armed drone. Badal’s two sons were with him at the time and survived the attack, according to Kurdish media outlets.

The YBS is comprised of members of the Yazidi ethno-religious community, and Sinjar is a predominantly Yazidi area. Various armed groups operate in Sinjar, including affiliates of the Popular Mobilization Units (PMU), the Kurdistan Workers Party (PKK), as well as the Kurdistan Region’s peshmerga security forces. The preponderance of armed groups is one reason pushing Yazidis to leave Iraq.

Sinjar is technically administered by the federal Iraqi government but is also claimed by the Kurdistan Regional Government (KRG). The peshmerga defeated the Islamic State there in 2015, and the area became governed by the KRG. In 2017, the federal government resumed control.

The YBS is an ally of the People’s Protection Units (YPG) in neighboring Syria. Turkey considers the YPG to be a terrorist organization and the Syrian offshoot of the PKK. The YPG shares the ideology of the PKK but denies direct links. Turkey therefore attacks the YBS in Sinjar from time to time.

The YBS is part of the PMU, and these militias are officially part of Iraq’s security forces. The Turkish drone attack therefore targeted an Iraqi federal armed force.

Turkey did not immediately confirm it was behind the drone attack. The Iraqi military’s Security Media Cell condemned the strike as an infringement on Iraqi sovereignty in a Facebook post. The cell named Turkey in the post.