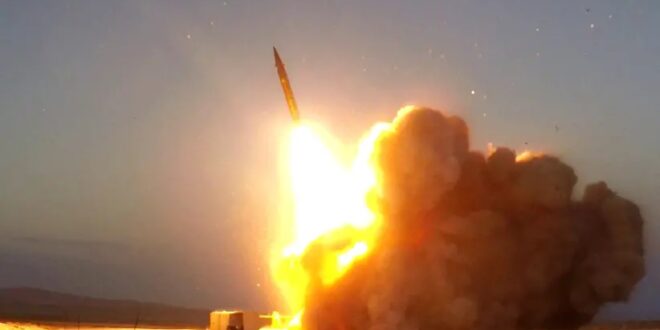 Is US threat to consider striking Iran for real? – analysis

According to the report, the US-Israeli preparations underscore Western concern about the nuclear talks potentially reaching a dead end.

After almost a year of declining to put any real pressure on Iran, the US leaked a real military threat on Wednesday for the first time.

A senior US official leaked to Reuters that US and Israeli defense chiefs were expected on Thursday to discuss possible military exercises that would prepare for a worst-case scenario to destroy Iran’s nuclear facilities should diplomacy fail.

The scheduled US talks with visiting Defense Minister Benny Gantz follow an October 25 briefing by Pentagon leaders to White House National Security Advisor Jake Sullivan on the full set of military options available to ensure that Iran would not be able to produce a nuclear weapon, the anonymous official said.

According to the report, the US-Israeli preparations underscore Western concern about the nuclear talks potentially reaching a dead end.

But the threat then pretty quickly seemed to peter out into an empty bluff.

The US official declined to offer details on the potential military exercises.

In Israel, KAN news reported that the Jewish state will be undertaking military exercises matching what the Reuters article seemed to describe – but only in six months.

This is not the game plan for a threat to be taken seriously by the Islamic Republic.

In 2013 and repeatedly in 2015, including only two weeks before the JCPOA nuclear deal was signed, the US got very specific about its threat.

Leaks to the media indicated that Washington was developing a new, more powerful bunker-buster bomb.

This was important because Iran’s Fordow facility is deep underground and cannot be destroyed by standard missiles.

More updated versions of the bunker-buster would include a delayed fuse, upgrades to the bomb’s guidance system and electronics to stop jammers from sending it off course. And it was noted that two bombs would be dropped for good measure.

These leaks gave exact dates and locations for when the bunker busters had been tested to make sure they were fully operational and up to the task of wiping out any Iranian nuclear facilities, no matter how deep underground.

Also, if the US exercises are six months away, as could be inferred from the KAN story, it is a pretty weak threat and distant deadline for the patient Iranians.

Add into the picture that in the same week this “threat” was leaked, CIA Director William Burns gave an interview in which he said the CIA does not believe Iran Supreme Leader Ayatollah Ali Khamenei has decided to take steps to weaponize a nuclear device, despite all of its advances in its ability to enrich uranium.

To make the Islamic Republic’s nuclear threat seem even more distant, he cautioned that even if Iran decided to go ahead, it would still require a lot of work to weaponize that fissile material before attaching a nuclear weapon to a missile.

In addition, he said, “They’re further along in their mastery of the nuclear fuel cycle and that’s the kind of knowledge that is very difficult to sanction away or make disappear.”

So the CIA director, usually the gun-slinging “bad cop” in the diplomacy world, is downplaying both the threat Tehran could pose and the ability of any military operation to “make it disappear.”

One could ignore for a moment that Burns is director of the CIA and still not a top US diplomat, a job in which he spent most of his career.

Not exactly a unified message of deterrence.

Moreover, even if the threat was being delivered with more specifics, if the drill was happening sooner and if all Biden administration officials were acting tough in unison, Washington right now is massively lacking in “street credibility.”
From Afghanistan to Ukraine to other conflicts, the Biden administration’s message has not been to replace Trump’s militant attitude with a balance of military and diplomatic power, but to almost completely drop military power in favor of diplomacy.

If that does not achieve its goals, it has just used high-minded adjectives to condemn the behavior of rogue actors ignoring its superpower status – see Europe’s usual script.

The Biden administration would probably need to give Iranian operatives a bloody nose somewhere, even in a small and targeted way in a third country, in order for its broader threat to be taken seriously.

Rather, the real purpose or most likely outcome of the US military threat will be to set a sort of fake deadline for nuclear negotiations without setting a formal one.

This could be important to set timing for covert action or so that Washington will not need to break a formal deadline later, when it might become clear that Biden has no intention of attacking Iran overtly.

One thing is sure: If Iran moderates its positions to return to the JCPOA in the near future, it will be because of the Israeli threat (which officials say is ready on some level even now), not the American one.