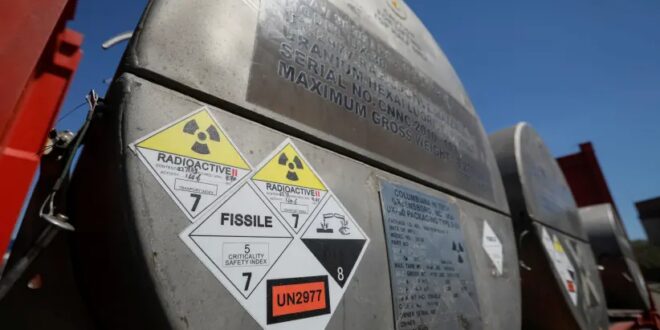 A Syrian opposition member claimed that Syria is working on a nuclear reactor in northwestern Syria.

Syrian opposition member and former parliamentary member Mohammad Barmo claimed that North Korea and Iran were helping develop a nuclear reactor in Syria, the latest in a series of similar reports in recent years, in an article published in the Saudi Okaz newspaper on Monday.

Barmo claimed that Syria is working on a reactor project in the Al-Ghab plain in northwestern Syria. He additionally joined warnings that Iran is continuing to enhance its nuclear capabilities, stressing the dangers of being lenient with Iran.

The Syrian dissident added that if Iran obtains a nuclear weapon, the countries of the region would “have the right to possess [nuclear] weapons within the framework of strategic deterrence and the preservation of Arab national security.”

The report by Okaz comes as world powers and Iran are holding talks to attempt to return to the JCPOA deal after the US pulled out of the deal during the Trump administration.

This is not the first time in recent years that Syrian opposition sources and other informants have claimed that the Assad regime continued to work on a nuclear program after Israel bombed its nuclear reactor in the Deir Ezzor region of eastern Syria in 2007.

In 2018, a Syrian opposition source quoted by the UK-based Arab language Al-Quds al-Arabi news site claimed Syria was working with Iran and North Korea to build a nuclear reactor near al-Qusayr, located near the border with Lebanon about 100 kilometers south of the Al-Ghab plain.

According to the 2018 report, the Syrians reportedly transferred uranium rods to the underground facility in al-Qusayr shortly after the destruction of the al-Kibar reactor in Deir Ezzor, which was built by the North Koreans.

In 2015, the German paper Der Spiegel reported that findings from “Western intelligence agencies” showed that Syria was continuing its atomic weapon program in a secret, underground location where about 8,000 fuel rods were allegedly being stored. The report claimed that nuclear material which had been stored near Damascus was moved to a site near al-Qusayr.

The Der Spiegel report also claimed that a deep well connects the facility with Zaita Lake, which it said would be unnecessary for a conventional weapons cache, but would be essential for a nuclear facility. Radio traffic reportedly intercepted by spies features the voice of a high-ranking Hezbollah functionary referring to an “atomic factory” and mentioning al-Qusayr to Ibrahim Othman, the head of the Syrian Atomic Energy Commission.

A media source told the Syrian state news agency SANA in 2015 that the claims by Der Spiegel were “mere lies,” saying the allegations “contradict the most basic rules of journalism ethics.”

When pressed on what “seeking more information” meant, Harf responded that the US was “seeking internally or from our partners to see what more we can – if we can corroborate this, but again, not sure we can.”

A 2018 report by the Institute for Science and International Security (ISIS) stated that while commercial satellite imagery did not provide any concrete information about the purposed of the al-Qusayr site, “learning the purpose of this site should be a priority.” The report agreed that the site definitely hosts an underground facility. The report also noted that the facility lacked any security fencing, similar to the nuclear reactor in Deir Ezzor.

A 2013 report by ISIS stated that “Syria is believed to be actively hiding assets associated with [its] past undeclared nuclear reactor effort,” including a large stock of natural uranium metal, warning that this “poses nuclear proliferation risks.”

Post Views: 109
Previous Is US threat to consider striking Iran for real? – analysis
Next Israel’s war-between-wars campaign in Syria most precise operation – report