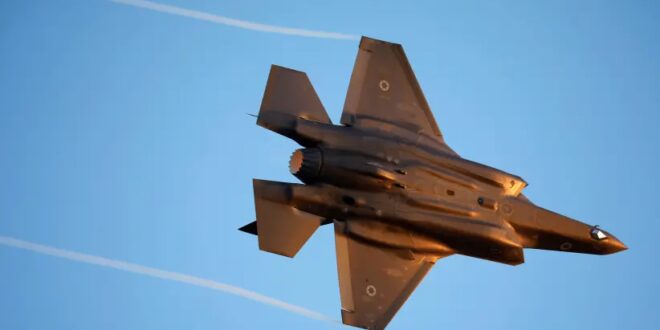 Less than 50 civilians have been killed in Syria during Israel’s eight-year-long war-between-wars campaign targeting Iranian military infrastructure, making it one of the most surgical offensives ever, Airwars.org has found in a new report.

According to Airwars, which tracks all civilian harm by all foreign actors in Syria since 2014, some 14-40 civilians have been killed by airstrikes blamed on Israel, making the rates of civilian casualties in strikes by the Israel Air Force by far the lowest compared to other foreign actors in the war-torn country.

“The great majority of Israeli actions in Syria have, according to local reports, targeted military assets such as air bases, troop convoys, and weapons stores, away from major cities and towns. Where civilian casualties did occur, they were mainly within population centers,” the report read.

“By contrast, other foreign belligerents such as Russia and the US-led coalition have made a strategic military choice in Syria that has led to civilians being killed in their thousands.”

Airwars researchers say they were unable to identify a single civilian harm claim against Israeli actions in the first four years of the campaign, dubbed by the IDF as “Operation Chess.”

Meanwhile, over 600 militants and Syrian and Iranian troops have been killed in the strikes since 2013.

Based on local Syrian reporting, at least 631 militants were killed between January 2013 and October 2021. In Deir ez-Zor governorate alone, between 253-334 fighters were killed in 23 Israeli airstrikes, “yet despite such an intensive aerial campaign, Airwars was not able to identify a single local allegation of civilian harm caused by Israeli forces in Deir ez-Zor,” the report read.

Israel’s war-between-war campaign, known in Hebrew as MABAM, has been going for close to 10 years, with an increase in the number of operations allegedly carried out by Israel over the past year.

“It’s less about precision munitions but where the strikes are being conducted,” said Chris Woods the co-founder and director of Airwars.

“In Syria, Israel almost exclusively targets military assets away from population centers, such as convoys and air bases. It is incredibly rare for Israel to conduct strikes in urban areas,” he said.

When strikes do occur in urban areas, such as the strike on Latakia’s port earlier in the week or Damascus International Airport, “the damage and impact of those strikes are localized. Israel takes a great deal of care as to how it strikes, which are not without risk.”

Thousands of strikes have targeted weapon convoys that arrived via Iraq, as well as the Iranian presence on the ground and militia infrastructure in Syria. There have also been foreign reports of Israeli strikes in Iraq targeting Iranian and Shia infrastructure.

Iran has been one of the Syrian regime’s main allies in the war that has ravaged Syria since 2011, sending thousands of militia fighters and equipment to the war-torn country. It continues to insist that it is in Syria as a guest of Damascus and would only leave at its request.

The report, which compared Israel’s MABAM in Syria to the 11 days-long fighting between Israel and terrorist groups in the Gaza Strip in May, said that Syrian civilian casualties resulting from Israeli strikes have “received significantly” less international coverage than victims of Israeli strikes in Gaza.

Airwars estimated that between 151-192 civilians were killed in Israeli airstrikes during Operation Guardian of the Walls and an estimated 90-100 Palestinian militants have been reported by the IDF and other monitors to have been killed.

Israel conducted more than 1,500 air and artillery strikes aimed at Palestinian militant groups within Gaza, and according to Airwars and other monitoring and investigative organizations, approximately 9% of those actions resulted in claims of civilian harm.

The report pointed to the IDF’s destruction of Hamas’s “metro” system of tunnels that allowed militants to hide, train and transport weapons as one of the more devastating consequences of targets belonging to terrorist groups in the Strip being embedded within populated areas.

“The civilian casualties from that attack were very high for a single event, so it raises fundamental questions,” Woods said, adding that it was the “highest number of civilian deaths in May, and we want a clear response.”

While Hamas “has to take responsibility for having military personnel in civilian neighborhoods, militaries need to answer for their strikes as well. No military should be complacent when strikes leave dozens dead, and we strongly urge the IDF to review the rationale used and consider the consequences.”

In an attempt to reduce civilian casualties, Israel tends to carry out airstrikes – be they in Gaza or Syria – during the night. However, due to the density of the Gaza Strip, “nighttime attacks still had a devastating impact on civilian families,” the report said.

“Children paid a high price in the fighting with over a third of all reported civilian noncombatants to be killed,” the report read. “Children were killed on almost every day of the conflict and there were incidents where multiple members of the same family were killed or wounded.”

Woods told the Post that there are limits to precision warfare, and that it’s not only facing the conflicts between Israeli and Gaza but all militaries as warfare continues to move into civilian centers.

“It is the intensity of bombardments and population density that increases civilian deaths,” he said. “The first thing that militaries need to understand is how, when, where they are harming civilians, and the IDF is not clear about that.”

According to Woods, the intensity of the bombardment of Gaza during the fighting in May was comparable to civilian harm during the American-led campaigns against the Islamic State in Mosul and Raqqa, and the Russian campaign in Aleppo.

“This is a huge question mark. Who were all the other people killed? Between 150-220 civilians were killed in a short period of time. The IDF said it is looking privately into the deaths but there is no public process like the Americans are involved in where they try to better understand the casualties of their actions.”

Woods also told the Post that they are also challenging Hamas and Palestinian Islamic Jihad to answer for Israeli civilian casualties and harm.

“It is outrageous that they deliberately targeted cities and towns with rockets. And where the rockets got through [the air defenses] civilians were killed and many more were injured. We will continue to push Hamas to take account.”

Woods said that he hopes the IDF can be more open about the processes used to look into civilian harm in Gaza, saying, “These are important conversations to have.”

The IDF Spokesperson’s Unit provided the following statement on the report by Airwars:

“During Operation ‘Guardian of the Walls,’ Hamas and other terror organizations in the Gaza Strip fired over 4,400 rockets and mortars at Israeli civilians.

“In particular, the IDF struck rocket capabilities, weapons development and production facilities, cyberwarfare capabilities, and underground infrastructure; all in order to prevent the continuous rocket fire on Israel and to eliminate the threat faced toward Israeli civilians. While terror organizations in the Gaza Strip deliberately embed their military assets in densely populated civilian areas, the IDF takes every feasible measure to minimize harm to civilians and civilian property as much as possible.”

‏According to the IDF’s estimation during Operation Guardian of The Walls, about 100 Hamas and Palestinian Islamic Jihad activists were killed by Israeli strikes.

‏Since Operation Guardian of The Walls, the IDF has conducted many professional and operational reviews to examine the results of IDF operations in-depth and to improve and learn from previous mistakes. The findings of these reviews cannot be published due to their classified status.

‏Regarding questions about Syria, “The IDF does not respond to foreign reports.”