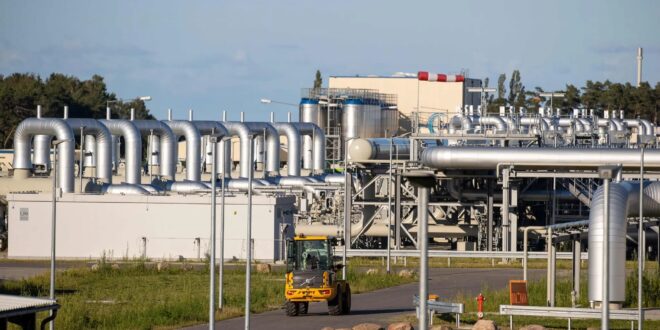 Here are five takeaways from the Biden-Putin call.

President Biden and President Vladimir V. Putin of Russia spoke for roughly two hours by videoconference on Tuesday in an effort to defuse a growing military crisis along Ukraine’s borders, where tens of thousands of Russian troops have massed in what U.S. officials say could be the prelude to an all-out invasion.

The meeting was one of the biggest foreign policy tests of Mr. Biden’s presidency to date, with consequences for the stability of Europe, the credibility of American threats and the future of a country the United States has spent years trying to defend from Mr. Putin’s aggression. Here are five takeaways from the day.
Ukraine’s fate still hangs in the balance.

The leaders’ videoconference did not resolve the crisis along Ukraine’s borders, and neither the Kremlin nor the White House reported substantial progress.

Jake Sullivan, the White House national security adviser, said after the meeting that Mr. Biden had offered Mr. Putin the choice between a diplomatic solution and the severe economic and political consequences that would follow a Russian invasion of Ukraine — but he did not say whether Mr. Putin had made any commitments.
Putin is standing firm.

Whether Mr. Biden’s threats will deter the Russian leader from invading Ukraine is unclear. But Mr. Putin was not conciliatory. A Kremlin readout of the meeting said that Mr. Putin blamed the tensions on the West, which he said was building up its military capability in and around Ukraine. And Mr. Putin demanded legal guarantees that NATO would not expand eastward toward Russia’s borders or deploy offensive weapons systems in Ukraine.

The Biden administration and Congress have been at odds over a new pipeline between Russia and Germany that critics say is an unacceptable political and economic boon for Moscow. It is now in danger.

Russian companies have spent several years building the Nord Stream 2 natural gas pipeline to Germany, a project that the Biden administration officially opposes, because it could deprive Ukraine of revenue from another pipeline that runs through its territory and would give Mr. Putin added leverage over Europe’s energy supplies.

But to avoid a rift with the German government, Mr. Biden has deflected congressional sanctions on Germany aimed at stopping the project, angering many Republicans and some Democrats.

During testimony to the Senate Foreign Relations Committee on Tuesday, however, Victoria S. Nuland, a top State Department official, told senators that if Mr. Putin attacked Ukraine, “our expectation is that the pipeline will be suspended.” That suggests private U.S. diplomacy had won such a commitment from Germany, which would suffer financially if the pipeline were delayed or scrapped.

Immediately after concluding his meeting with Mr. Putin, Mr. Biden spoke by phone with the leaders of France, Germany, Italy and the United Kingdom, whose support U.S. officials say will be crucial to deterring the Russian leader. Mr. Putin has sought for years to drive wedges between America and its allies in the hope of weakening resistance to his actions and undermining NATO and the trans-Atlantic alliance. “We have experts from the Treasury Department, the State Department and the National Security Council in daily contact with the key capitals and with Brussels” to discuss what punitive steps could be taken jointly against Russia, Mr. Sullivan said.
It’s not personal.

There is little evidence of any personal hostility between Mr. Biden and Mr. Putin. In a brief video clip of the virtual meeting’s start posted online by Russian state media, the two leaders appeared to exchange friendly greetings, with the American president, who prides himself on his rapport with foreign leaders, smiling and waving to his Russian counterpart and telling him, “Good to see you again.”

“There was a lot of give and take, there was no finger wagging,” Mr. Sullivan told reporters. “This was a real discussion,” he added, “it was not speeches.”

The Kremlin called the conversation “honest and businesslike.” An adviser to Mr. Putin, Yuri V. Ushakov, later told reporters that Mr. Biden brought up the shared sacrifice of the United States and the Soviet Union during World War II, and that the two leaders even made occasional jokes and “exchanges of compliments.”

Post Views: 79
Previous Russia Ratchets Up Pressure On Ukraine As Biden Consults Zelenskiy
Next Biden Warns Putin Invasion of Ukraine to Be Met With Economic Response and More