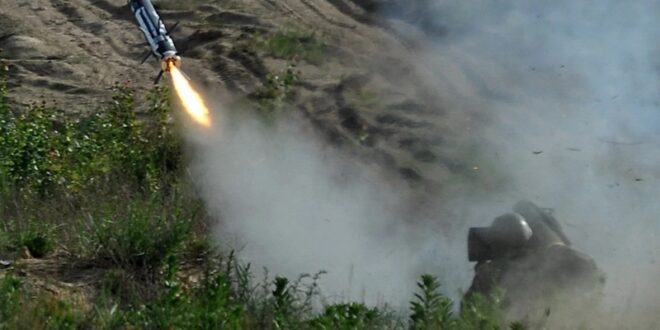 Report: US Sent 30 Anti-Tank Missile Systems To Ukraine In October

The shipment of the man-portable systems also included 180 Javelin rockets, Russia’s state news agency TASS reported, citing answers it received from the Pentagon. The Pentagon did not immediately respond to an RFE/RL request to confirm the report.

The United States in September said it was sending Javelins to Ukraine as part of an additional $60 million military aid package. However, it did not disclose at the time the number of systems and rockets.

Javelins are lethal weapons that can pierce tank armor. The United States had previously sent Javelin systems to Ukraine to help it defend against possible Russian aggression.

Russia has amassed tens of thousands of combat-ready troops and machinery near its border with Ukraine for the second time this year, raising concerns the Kremlin could be preparing for an invasion.

Ukraine Defense Minister Oleksiy Reznikov said last month during a visit to Washington that his nation’s military needs have shifted as Russian tactics have changed.

Ukraine lost much of its navy when Russia seized the Black Sea peninsula of Crimea.

Reznikov said the United States agreed to send advisers to Ukraine to study what additional defense systems the country needed.

The United States is expected to send more than $450 million in military aid this year to Ukraine.