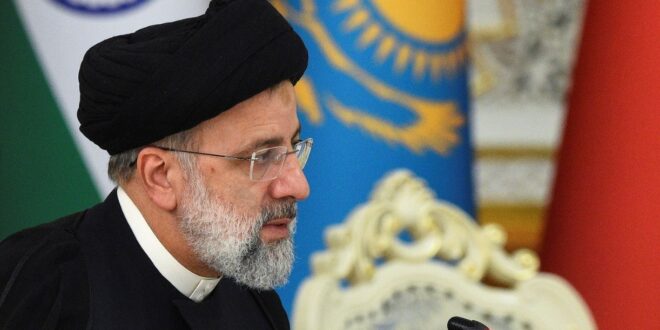 Iran’s SCO membership is the country’s first experience in joining a regional organization with a defense-security nature and function since its withdrawal from CENTO in 1979.

Twenty-six years after Iran’s Islamic Revolution and withdrawal from the Central Treaty Organization (CENTO) in 1979, and four years after the formation of the Shanghai Cooperation Organization (SCO) in 2001, Tehran is seeking to integrate with Eurasia once again. In 2005 at the Astana Summit in Kazakhstan, Iran applied for membership in the SCO and was admitted alongside India and Pakistan as “observer members without voting rights. Despite Iran’s interest in changing its membership from SCO observer to main member, Tehran’s ongoing nuclear dispute with world powers, which saw UN Security Council sanctions levied against Iran between 2006 and 2012, was the main reason for the SCO’s refusal to change Iran’s membership during Mahmoud Ahmadinejad’s presidency (2005-2013).

With Hassan Rouhani’s ascent to power in August 2013, most UN sanctions were lifted on January 16, 2016, following the implementation of the Joint Comprehensive Plan of Action (JCPOA). At this point, it seemed that previous obstacles to Iran’s full membership in the SCO had been removed, but tensions between Iran and Tajikistan over the Revival Party of Tajikistan have remained unresolved since December 2015, and the U.S. withdrawal from the JCPOA in May 2018 and the reimposition of U.S. sanctions effectively froze Iran’s membership status in the SCO. Meanwhile, India and Pakistan’s SCO membership was upgraded from observer to full membership at the Summit of Tashkent in 2017.

But shortly after Ebrahim Raisi became Iran’s new president in August 2021, the status of Iran’s membership in the SCO suddenly changed after sixteen years of delay. In his first foreign trip as Iran’s new president, Raisi attended the SCO summit in Dushanbe, Tajikistan, on September 16-17, 2021. In this summit, Iran was granted full member status, becoming the “ninth main member of the SCO” along with the Russian Federation, People’s Republic of China (PRC), Kazakhstan, Kyrgyzstan, Uzbekistan, Tajikistan, India, and Pakistan. Relative improvements in Iran-Tajikistan relations; the signing of the Comprehensive Strategic Partnership between the Islamic Republic of Iran and PRC; the preparations for the signing of a new twenty-year agreement between Iran and Russia, which will replace the last twenty-year agreement from 2001 to 2021; and Raisi’s “Look East Policy” which emphasizes expanding relations with Asian countries were among the most important factors that helped Iran’s membership advance.

Iran’s SCO membership is the country’s first experience in joining a regional organization with a defense-security nature and function since its withdrawal from CENTO in 1979. All the other regional organizations that Iran joined after the 1979 Islamic Revolution, such as the Economic Cooperation Organization in 1992 and D-8 Organization for Economic Cooperation (Developing-8) in 1997, were of a political and economic nature. Therefore, the SCO is a new and different experience for Iran and questions abound regarding the meaning and consequences of Tehran’s membership. Seven conclusions can be gleaned from Iranian membership in the SCO.

First, Iran’s membership in the SCO is critical to Raisi’s “Look East Policy” and the attention Tehran is giving to Asian countries in Iranian foreign policy. However, after the Islamic Revolution of 1979, the slogan of “Neither East, Nor West” became the guiding principle of Iran’s foreign policy, leading some Iranians to view Iran’s membership in the SCO as a violation of this mantra and approach. Yet officials in Tehran recognize that the situation has changed since the collapse of the Soviet Union and the end of the Cold War, and that Russia, China, and other emerging Asian and Eastern powers are now confronting U.S.-led hegemony and unilateralism. From this perspective, Iran perceives the SCO as a “club of revisionist states” that opposes the United States while promoting multipolarity in the international system.

Second, after Iran’s withdrawal from CENTO and the bilateral military agreement between Iran and the United States, which took place immediately after the victory of the 1979 Islamic Revolution, Iran lost its military and strategic allies. The Iran-Iraq War (1980-1988), which pitted almost all Arab countries except Syria against Iran, only exacerbated Iran’s isolation. After the war ended, Iran’s improved its relations with Arab and Muslim countries in the Middle East and developed relations with other countries—including Turkey, Pakistan, Russia, India, and China—but these relations never reached a “strategic level.”

For this reason, many experts referred to Iran’s situation as “strategic loneliness.” From this perspective, Iran’s full membership in the SCO can be considered Tehran’s attempt to end its strategic loneliness after forty years. As Lawrence J. Haas, senior fellow in American Foreign Policy Council, recently wrote for Newsweek, “Reducing its global isolation, Iran’s entry into the SCO further legitimizes its status as an international player—and Iran’s leaders wasted little time in trumpeting their achievement.” Specifically, in the current situation, Iran’s full membership in the SCO could offset some of the systemic and strategic pressure from the West and the Middle East through its involvement in Eurasia to the north.

Third, Iran’s full membership in the SCO will strengthen Tehran’s two long-term strategic cooperation agreements with Russia and China. In fact, the SCO, as a regional and multilateral mechanism, allows Iran to simultaneously interact alongside its two strategic partners. This could strengthen trilateral political, economic, and military-security cooperation between Iran, Russia, and China; fortify Iran’s position in the SCO; and, at the same time, increase Iran’s confidence in confronting the United States.

Fourth, Iran’s full membership in the SCO will strengthen its economic and trade cooperation with the Moscow-led Eurasian Economic Union (EEU). The EEU-Iran preferential trade agreement (PTA) was implemented on October 27, 2019, and offers lower tariffs on 862 commodity types, of which 502 are Iranian exports to the EEU. After three years October 27, 2022), the EEU-Iran PTA will upgrade to a “Full Free Trade Agreement.” Given Iran’s recent economic difficulties under international sanctions, such economic and trade cooperation can create breathing space for Iran. Therefore, considering the simultaneous membership of Russia, Kazakhstan, and Kyrgyzstan in the SCO and the EEU, as well as the mutual cooperation agreements between the two organizations, Iran’s full membership in the SCO and PTA with the EEU will strengthen Iran’s position in the Eurasian region. Iran’s main advantage is the extensive land and rail corridors that can connect EEU and SCO members to ports in southern Iran in the Persian Gulf and the Sea of ​​Oman, as well as to Turkey and Iraq in the west.

Fifth, Iran’s full membership in the SCO will increase its level of intelligence and security cooperation with other nations, especially within the framework of the “Regional Anti-terrorist Structure,” which is located in Tashkent, Uzbekistan. Article 10 of the SCO charter states:

Therefore, the Regional Anti-Terrorist Structure will be especially important to Iran’s efforts to jointly confront religious extremism, terrorism, and drug trafficking, as well as threats emanating from Afghanistan after the Taliban’s rise to power came to power. Because so far, Iran has had various security and intelligence agreements with the SCO member states. But the SCO, especially the Regional Anti-Terrorist Structure, will allow Iran to cooperate in security and intelligence with all members of a regional organization in an integrated and coordinated manner.

Six, Iran’s full membership in the SCO gives it veto power over other nations, such as Israel, potentially joining the organization. In recent years, Israel has applied for observer membership in the SCO, but its request has never been publicly or formally raised at any SCO summit. Article 16 of the SCO charter about “Decisions-Taking Procedure” states that “The SCO bodies shall take decisions by agreement without vote and their decisions shall be considered adopted if no member State has raised objections during its consideration (consensus).” Therefore, within the framework of the “Consensus Mechanism,” Iran’s dissenting vote could prevent Israel from joining the organization.

Seventh, Iran’s full membership in the SCO will not change Tehran’s security calculus. Iran will not rely on the SCO to defend itself against U.S. and Israeli military threats. As I previously wrote, the SCO is not codified as a “Collective Security Treaty,” unlike both the Warsaw Pact and NATO. Therefore, Iran’s membership in the SCO may, as Haas wrote, “complicate” Israeli and U.S. strategic planning, but it cannot guarantee Iran’s security. SCO members are not required to commit to countering and defending against military threats made against a member. Indeed, two clauses of the Iranian constitution, which was adopted after the 1979 Islamic Revolution, define restrictions on military and defense cooperation with foreign countries. Article 145 of the constitution states, “No foreigner will be accepted into the Army or security forces of the country” while Article 146 says that “The establishment of any kind of foreign military base in Iran, even for peaceful purposes, is forbidden.” Therefore, Iran’s reliance on “self-defense” that began after the 1979 Islamic Revolution will continue as it has for forty years. Iran’s full membership in the SCO will not fundamentally change Tehran’s approach to security.