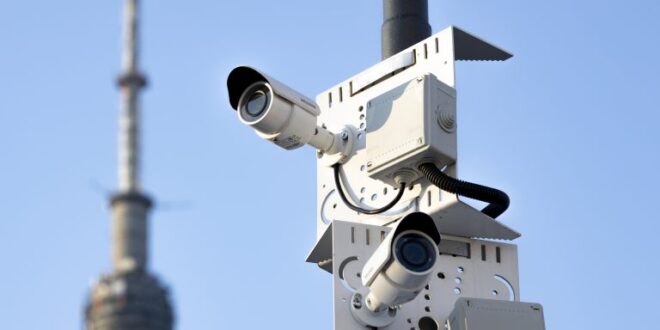 The need for human intelligence (HUMINT) never wanes, but the risks are evolving as new surveillance technologies proliferate.

HUMINT in the age of ubiquitous cameras and biometrics is a challenge for all intelligence agencies, operatives, and sources.

From alias travel through airports with biometrics to constant tracking by phone, there are few, if any, areas that can ever be considered “clean.”

It is becoming difficult to detect surveillance in a constant surveillance environment where there is no need to follow individuals physically.

One of the cardinal rules of human intelligence (HUMINT) tradecraft is to always know your “status,” meaning whether an intelligence officer is under surveillance or not. Intelligence officers and the agents they handle must know that their meetings or activities are free from surveillance. Information obtained from a compromised relationship is itself compromised, with cascading effects if undetected. To that end, surveillance detection is a cornerstone of intelligence work. How that is accomplished in an age of surveillance across the board is a primary challenge for all intelligence agencies. The basics of an asset meeting are well known from Hollywood movies—the officer determines if they are free from surveillance by a carefully planned route and well-chosen locations. This and other tactics would reveal if someone (e.g. host country police or intelligence service, third-country rival intelligence service, terrorist or criminal entities, etc.) were following the officer. The task is risky and never ending, but it has been manageable. The issue now, one that has grown more important in recent years, is how do you detect if you’re being “followed” if no one is actually following you but you are still very much under surveillance?

Global Positioning System (GPS) trackers on vehicles are nothing new and have been something intelligence agencies have dealt with for some time. What is relatively new are modern cars with built-in operating systems that provide companies and governments real-time access not just to locations, but to the vehicle’s functions. Increasingly, all vehicles are “connected,” and this is a problem for officers who need to remain unnoticed. This is true especially when “going dark” itself brings notice. Additionally, license plate readers and street cameras, and even business surveillance cameras, record everything that passes by. Even if these systems are not monitored in real time, they can still prove effective in unraveling an operation and finding all the actors and their actions. Beyond tracking vehicles, the environment is even more formidable for face-to-face meetings or operations. The days of an informant or “watcher” on most street corners still exists, but now they are augmented by city cameras, in addition to the cameras on ubiquitous smart phones. Intelligence officers must act as if they are always under surveillance when they are in public or moving through public spaces. The “cleanest” (meaning surveillance free) meeting location is useless if the routes to that location are being filmed by every manner of surveillance system. These challenges have been exacerbated during the COVID-19 pandemicin a number of ways.

New technologies have lowered the barrier to entry for individuals to engage in surveillance. Smart phones track every step, every location, every interaction, and now not having a phone, or going “dark” (i.e. turning phones off, or not carrying one) is an indication for rival services that something could be awry. Accordingly, officers must stay within a pattern they create, and do so at all times—an incredibly difficult feat. Fitness apps know where you are, and often broadcast that information; smart watches are not so smart for intelligence work; email and social media accounts know where you are and often broadcast that information. Every function or app on a smart phone is a spy, and a persistent one at that. Intelligence officers want to operate in “airplane mode” at critical times given that everything around them and their personal technology demand to know who they are, where they are going, and what they’re doing.

Operating securely in the age of universal technology with tracking capabilities is among the primary challenges of all intelligence agencies. HUMINT remains a crucially important and valuable form of intelligence gathering, especially when so many forms of other data transmission and storage are being compromised so frequently, with devastating results. There are constant proclamations that HUMINT is increasingly irrelevant or outdated in the age of constant signals intelligence (SIGINT), and these proclamations are constantly wrong. Some secrets will only be shared face-to-face, and making sure these meetings are truly surveillance free is increasingly difficult but no less vital.