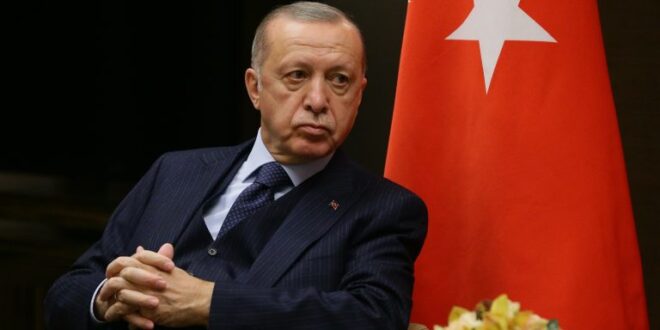 Opponents of Erdogan might defeat him in the next election, particularly if Turkey’s economic problems continue to linger and potentially worsen.

Turkey’s foreign policy strategy and military technology have shaped some regional conflicts to its advantage.

Turkey’s President Recep Tayyip Erdogan has commanded the key levers of power in the country for nearly a decade, including seven years as president, despite his near ouster in a military coup attempt in July 2016. In recent years, analysts have considered Erdogan politically invulnerable—his core political support within his Islamist-oriented Justice and Development Party (AKP) secure, his opponents divided (and in some cases repressed), and critical media outlets intimidated or shut down. Consolidating his power after the coup attempt, Erdogan employed mass detentions and manipulation of counterterrorism rhetoric to prosecute individuals; he particularly pursued those associated with the movement of religious leader Fethullah Gülen and more broadly tamped down on civil society and media. Yet, as 2022 approaches, Erdogan appears increasingly vulnerable in 2023 elections, although he has time to recover politically—unless his opponents succeed in forcing earlier elections. The central cause of Erdogan’s political embattlement has been years of economic turmoil in which inflation soared as the lira plummeted to record lows. The currency has lost more than 40 percent of its value against the U.S. dollar in 2021 alone—the worst-performer of all emerging market currencies.

Yet, the collapse of the lira is largely a result of Erdogan’s making: he has repeatedly pressured the nominally independent central bank to lower its key interest rate, despite inflation exceeding 20 percent. Erdogan believes that high interest rates cause high inflation—the exact opposite of conventional economic thinking. On December 1, he replaced the country’s finance minister with Nureddin Nebati, the third finance minister in one year, who is unlikely to resist Erdogan’s insistence on further lowering interest rates. Turkey’s economic problems have emboldened the long divided political opposition to moderate openly secular policies unpopular with rural and older Turks, to try to unify politically and to challenge Erdogan more openly. In late November, demonstrators protested economic policies in the largest city of Istanbul and the capital, Ankara, while the main opposition Republican People’s Party rallied for early elections on December 4. Erdogan’s declining popularity, coupled with the increasing unity among opposition leaders, has increased the potential for Erdogan to be defeated in the next presidential election.

Erdogan’s regional policies, however, have garnered some notable successes, produced in part by Turkey’s indigenously-developed military technology, such as the Bayraktar armed drone. In November 2020, supplies of the drones to Azerbaijan, a Turkic-speaking ally, enabled its defeat of Armenian forces and ability to regain territory lost to them in the mid-1990s. Turkish-made armed drones also proved decisive in helping the UN-backed government based in Tripoli turn back a 2019 attempt by Libyan National Army leader Khalifah Haftar to place all of Libya under his leadership. Turkish forces remain engaged in Libya in case an October 2020 ceasefire breaks down following the planned December 24 national elections there. The victories of Turkey’s allies in these battles helped preserve Turkey’s national security interests and demonstrate its considerable strategic capabilities. Turkey has also developed leverage against its large and powerful neighbor, Russia, by supplying the Bayraktar to Ukraine for use against pro-Russian separatists in the east of the country.

Closer to Turkey’s borders, Erdogan’s foreign policy record is more mixed. In Syria, Erdogan has steered clear of directly battling Russia over the fate of the regime of President Bashar al-Assad. Although it initially sought Assad’s overthrow in the 2011 uprising, Turkey has come to accept that Assad will remain in power. In the hopes not of ousting Assad but rather staving off a further refugee crisis, Turkey continues to support rebels in northern Syria, including Islamist groups formerly aligned with al-Qaeda, who are now confined largely to the northwest province of Idlib. Also in Syria, Erdogan has strained relations with the United States by using armed drones to attack the Syrian Democratic Forces (SDF), a Kurdish-led military alliance that has been a major U.S. partner in the fight against Islamic State. Turkey asserts, contrary to the U.S. position, that the SDF’s core element, the People’s Protection Units (YPG), is an offshoot of the Turkey-based Kurdistan Workers’ Party (PKK), which is designated as a terrorist group by both Washington and Ankara. U.S.-Turkey tensions have been further strained by Turkey’s purchase from Russia of the sophisticated S-400 missile defense system, for which Tukey was sanctioned in December 2020 under the Countering America’s Adversaries Through Sanctions Act (CAATSA). Among the penalties was Turkey’s removal from the global F-35 Joint Strike Fighter partnership. Successive U.S. administrations have thanked Turkey for its help in securing Kabul, but that role has been mooted by the Taliban takeover of the country in August.

Turkey’s military strength and strategic successes in the region have produced gains for Erdogan’s recent efforts to reduce Turkey’s isolation. Over the past seven years, Turkey’s close relations with Qatar and its alliances in Libya, Syria, Egypt, and elsewhere had placed it on the opposite side of some key Gulf states, including Saudi Arabia and the United Arab Emirates (UAE). One demand made by Saudi Arabia and the UAE in breaking relations with Qatar in 2017 was that Doha close Turkish bases in Qatar. Yet, the intra-Gulf rift was largely resolved in January 2021 and that demand was dropped. The November visit to Ankara of de-facto UAE leader Mohammad bin Zayid Al Nuhayyan, as well as a possible meeting between Erdogan and Saudi Crown Prince Mohammad bin Salman later in December, indicates that the two Gulf states no longer have an appetite for fruitless efforts to challenge Turkey’s strategic influence. Erdogan also has been able to improve relations with Egypt and Israel, the latter of which was, prior to Erdogan’s accession to power, a strategic ally of Turkey. Yet, a wide range of observers maintain that, despite his long-running campaign of domestic political repression, Erdogan’s political prospects depend largely on his ability to arrest the economic decline and that regional gains alone, no matter how significant, will not revive his political fortunes.