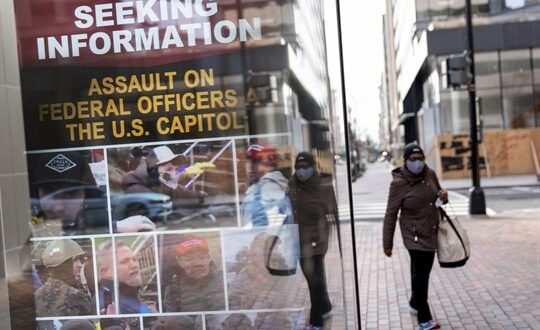 Counterterrorism Needs a Course Correction in 2022

As the coronavirus pandemic continued into its second year, its impact on terrorist attacks worldwide was palpable—and positive. In a report on terrorism from July, the United Nations stated that “in non-conflict zones … the threat remains suppressed by limitations on the ability of operatives to travel, meet, fundraise and identify viable targets.”

Nevertheless, though terrorism, like almost every other human activity, has been constrained by the pandemic, it hasn’t stopped evolving in the past year, shaped by several key developments. As more widespread distribution of vaccines allows parts of the world to begin opening up, there is growing concern that counterterrorism practitioners and security services are unprepared to deal with what could be a major spike in terrorist plots and attacks in the coming year.

Taking stock of how, where and why terrorism has changed in the past year is a necessary first step to countering it should it return with a vengeance when post-pandemic life returns to normal.

In the United States, the beginning of 2021 laid bare the extent of the country’s domestic terrorism problem. To date, nearly 700 individuals have been charged with crimes stemming from their participation in the violent assault on the U.S. Capitol on Jan. 6. While many prominent far-right extremist groups took part in the insurrection—including the Oath Keepers, the Three Percenters and the Proud Boys, to name a few—the lion’s share of those involved appear to have been unaffiliated with any formal group or organization. In response to the Capitol assault, the Biden administration released a strategy to counter domestic terrorism, correctly focusing on preventing recruitment and mobilization to violence. Still, it remains unclear exactly how responsive individuals with a profile that makes them susceptible to far-right radicalization will be to any strategy formulated by the U.S. government, given the extreme anti-government and anti-authority beliefs they often hold.

Internationally, 2021 saw the further decline of the Islamic State in the Levant, but the rise of its affiliates throughout sub-Saharan Africa and in South Asia. The Islamic State West Africa Province, or ISWAP, continued to consolidate control over large swaths of territory in the Sahel. West Africa also saw spillover violence engulf the region, as jihadist groups competed for resources, fighters and access to revenue-generating opportunities. On the other side of the continent, al-Shabaab has continued to destabilize Somalia, while evolving into a regional threat. The al-Qaida-linked jihadist group retains the ability to launch spectacular attacks in Mogadishu and is, according to some accounts, stronger than it has been in years. Flush with cash from a growing criminal portfolio, al-Shabaab has expanded its shadow governance throughout Somalia. Meanwhile, groups in Mozambique and the Democratic Republic of Congo affiliated with the Islamic State Central Africa Province, or ISCAP, have increased their operational capabilities, even conducting cross-border attacks in Tanzania and Uganda, respectively.

In perhaps the year’s most significant development, the Taliban takeover of Afghanistan was a critical turning point for the global jihadist movement. When the group seized control of Kabul in August, jihadist groups worldwide, from Syria to the Sahel, congratulated the Taliban and expressed admiration for its steadfastness and strategic patience. After 20 years of U.S. military operations whose initial intention was to rid the country of terrorists, Afghanistan is now controlled by a group that includes the Haqqani network, which was designated as a foreign terrorist organization by the United States in 2012. Both the Taliban and the Haqqani network remain allied with al-Qaida and its global network of affiliates and branches.

Meanwhile, the Islamic State affiliate in Afghanistan—the Islamic State Khorasan, or ISK—has also been reenergized, punctuated by a suicide attack in late August that resulted in the deaths of 13 U.S. service members and dozens of Afghans. Numerous senior U.S. defense officials have testified publicly about the potential threat that both al-Qaida and ISK could pose over the coming year, as they seek to rebuild their respective networks, including the ability to launch attacks outside of Afghanistan.

As a result, the Biden administration faces a number of counterterrorism challenges, both domestically and abroad, that require attention and some recalibration of its current efforts. Domestically, in addition to the administration’s newly unveiled strategy on countering domestic terrorism, it would be worth pushing for hearings in Congress where subject matter experts on domestic extremism and homegrown terrorism can debate the merits of a new domestic terrorism statute. There are certainly pros and cons to new legislation, but these should be discussed and scrutinized before Congress and in a manner that remains transparent to the public.

The Biden administration would also be well-served to reevaluate how it conceives of great power competition. One of the reasons U.S. President Joe Biden offered for the withdrawal of U.S. troops from Afghanistan was a need to focus more closely on competition with China and Russia. But this is a false dichotomy. The U.S. should not, and indeed cannot, simply choose one or the other. To take sub-Saharan Africa as an example, the U.S. can still play a significant role in countering terrorism by providing African nations with security force assistance and funding to build partner capacity. That, in turn, would advance Washington’s interests in a crucial arena of competition with both Beijing and Moscow, by deepening links with partner governments, but also providing more security without which economic development cannot take root.

Moreover, although the U.S. public’s desire to turn the page on the country’s post-9/11 military interventions is understandable, the U.S. homeland is safer when its military remains engaged overseas. But that engagement can also take the form of intelligence, surveillance and reconnaissance, or working with allies and partners to improve governance and build more resilient institutions—long-term initiatives that are costly, time-consuming and not guaranteed to succeed. Nevertheless, these nonkinetic initiatives are crucial to preventing violent extremism from taking root and strengthening countries’ abilities to deal with threats as they arise.

There are a number of geopolitical hotspots that could also impact the terrorism landscape in 2022, and the U.S. should be preparing to deal with the potential fallout. If tensions between Russia and Ukraine escalate into a more intense conflagration, it could trigger another mobilization of white supremacists and neo-Nazis traveling to join the fray, as occurred at the height of the fighting in eastern Ukraine after 2014. Disrupting the networks of racially and ethnically motivated violent extremists that facilitate these radicalization pipelines before they are activated will be crucial to mitigating the blowback.

Finally, Afghanistan remains a potential threat that the U.S. has few good options to counter. Combating ISK and other terrorist groups there through an over-the-horizon counterterrorism approach has well-documented shortcomings, including concerns over civilian casualties. And without a human intelligence network on the ground, it will be extremely difficult for the U.S. to operate effectively. Instead, Washington will be forced to rely on mercurial allies like Pakistan, which continues to play a double game by undermining U.S. interests even as it claims to be a counterterrorism partner. But in many ways, the risk of terror emanating from Afghanistan is now locked in and can only be mitigated, not contained.

All of these factors take on added urgency, as domestically, by the summer of 2022, the United States could be closer to normalcy in dealing with the impact of the pandemic, ushering in more in-person events such as concerts and sporting events that make soft targets for terrorists. Protecting them from attack must be a top-tier priority as those seeking to engage in violence look for ways to take advantage of the return to normalcy.

The Biden administration needs to begin preparing for a post-pandemic world, by looking at how terrorism has changed in order to assess how it could further evolve. In doing so, it should return the U.S. counterterrorism posture to a more proactive approach that, without relitigating the end of the war in Afghanistan, prevents the onset of complacency and keeps terrorist groups from rejuvenating. Reacting to events as they transpire belies a lack of planning and a failure of imagination, the same tragic combination that led to the attacks of Sept. 11, 2001.

Post Views: 90
Previous U.S. Sanctions Might Be Easy, but They’re Not Cheap
Next Macron’s Middle East Ambitions Increasingly Pass Through the UAE