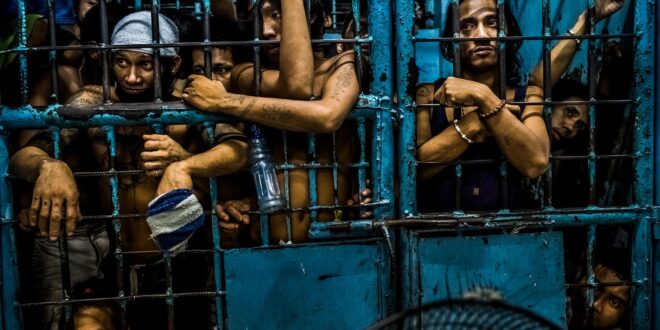 As the United States pursues its initiative to bolster democratic rule and human rights after last week’s Summit for Democracy, a priority should be to diagnose and repair the flaws in U.S. and allied approaches to helping vulnerable nations strengthen their security. Our existing pattern of security sector assistance focuses largely on training and equipping such nations’ forces, and it emphasizes the security of governments and institutions, rather than of the people they are meant to serve. This type of assistance prioritizes short-term tactical gains to the detriment of long-term U.S. strategic goals—and it should be reformed.

Ample evidence—including the global surge in coups d’états and crises of police violence from Brazil and Nigeria to the Philippines—shows that dozens of countries must improve not only the “kinetic” capacities, but also their governance, of police, military and other security institutions. Yet a first outline last week of the new U.S. “initiative for democratic renewal” omits any mention of this vital task. The United States and its allies must re-shape their assistance to support democracy and human rights. In some countries—for example Egypt and Uganda—U.S. security sector assistance has helped to consolidate authoritarianism. Current trends risk exacerbating the problem in a “race to the bottom” among the United States, Russia and China.

U.S. policies too often set aside the nation’s commitment to democratic values on a flawed assumption that this is necessary to advance U.S. interests amid great-power competition. Yet democratic backsliding and authoritarianism create long-term risks of violence, instability and extremism. Even measured by the narrower metric of strategic military alliances, these risks weaken U.S. security interests. Serious democratic backsliding preceded Turkey’s decision to purchase one or more Russian S-400 missile defense systems. Democratic backsliding in the Philippines weakened the U.S.-Philippine security relationship to the point of endangering the agreement that has enabled a U.S. troop presence in the Philippines. Worldwide, democratic deficiencies help push countries into the arms of China or Russia.

How Security Assistance Can Hurt Democracies

The United States and others have historically ignored the significance of effective security sector governance for consolidating democracy. Donor countries have treated security sector reform as a technical problem, rather than a political endeavor that can change power dynamics and the political trajectory in a country. The recent coups in Sudan, Mali, Guinea, Myanmar and Chad show how an emboldened military and weak or absent civilian control over security forces may not simply weaken democracy, but end it.

To promote peace, stability, democracy and U.S. strategic objectives, the United States helps violence-afflicted nations with assistance to strengthen civil society, political parties, and legislative oversight. Yet the people overthrowing civilian, elected rule in Chad, Guinea and Mali this year were military officers who had been direct beneficiaries of U.S. training. This agonizing irony underscores that we can no longer neglect the central importance for democracy of helping nations improve security sector governance.

In these latest coups and in other examples, we see how security assistance itself can undermine democracy when it effectively “super-sizes” a vulnerable nation’s security services relative to weaker democratic, civilian institutions that are meant to control them. Where governments lack funding and capacities to meet populations’ basic needs, this danger skyrockets. Yet in too many cases—Egypt, Mali, Niger, the Philippines and others—U.S. and other security assistance has led to significant increases in military and security budgets at the expense of strengthening other critical services. Ill-balanced security assistance especially risks weakening democratic governance where it has backed major counterterrorism operations.

Egypt is a prime example. In the past four years, U.S. bilateral assistance to Egypt has been $1.4 billion per year, most of that to pay for Egypt to buy U.S.-made weapons. While this assistance has not enabled Egypt to end the threats from its terrorist groups in Sinai, it has buttressed the military regime, which now controls much of the country’s economy. Under current law and policy, only $300 million of the United States’ bilateral aid in FY 2021 was subject to being withheld by the State Department if Egypt failed to meet certain human rights and rule-of-law standards. The threat to withhold 23 percent of its assistance is far too little to show a powerful U.S. commitment to democracy, rights and governance. It reflects the relatively small amount that the United States has invested in promoting good governance.

President Biden often has said, “Don’t tell me what you value. Show me your budget, and I’ll tell you what you value.” This month, the Biden administration proposed spending up to $424.4 million next year on programs to strengthen democracy—an initiative that hardly compares to U.S. spending of roughly $18-20 billion each recent year on security assistance.

A Race to the Bottom

The United States’ current approach risks becoming a race to the bottom with China and Russia. In recent years, countries receiving security assistance have encouraged bidding wars among Russia, China, and the United States to seek the most attractive possible aid packages, including weapons. In fear of losing leverage over partners such as Philippines or Nigeria , the United States has participated. This allows authoritarian or authoritarian-leaning governments to procure weapons and other equipment and training for their militaries or police with little or no requirement for human rights or security governance improvements. In some cases, the fear of losing leverage may be unwarranted: After his initial flirtation with a closer relationship with China, Philippine President Rodrigo Duterte understood that China’s threat to his interests is very real and shifted back to the U.S. camp.

This means the United States has compromised on democracy and human rights for, at best, short-term gains in relations with a given country. In the long term, however, this approach undermines stability and democracy. During the Cold War, the U.S.’s primary goal of maintaining partnerships with governments in Africa to prevent them from absorbing Soviet influences yielded a similar approach. A RAND study concluded that “U.S. assistance appears likely to have increased the incidence of civil wars in this period, likely by either exacerbating domestic instabilities or provoking proxy conflicts.” There is no reason to believe that a 21st-century race to the bottom with Russia and China, in the interest of maintaining partnerships, will not have the same results.

We Can Do Better

The current U.S. approach to security sector assistance not only detracts from President Biden’s expressed goals of consolidating democracy and countering authoritarianism, it damages U.S. strategic interests in making it easier for China and Russia to engage with authoritarian regimes. As the United States builds from last week’s Summit for Democracy, it needs to fully apply, and in some cases expand, existing policies supporting democratic governance of the security sector. Key steps will include these:

Post Views: 90
Previous How Russia’s Black Sea Fleet Could Change the Equation in Ukraine
Next How to Deliver for Citizens in Fragile States After the Democracy Summit