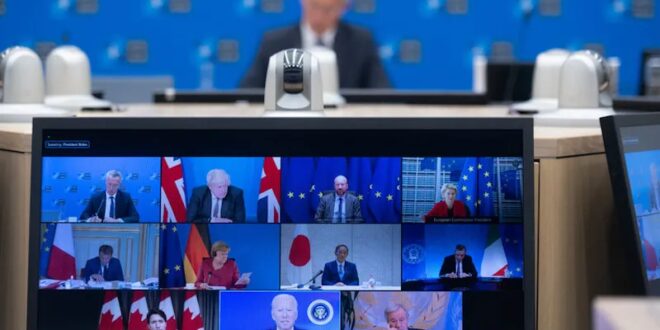 It is sometimes said that when Estonia, Latvia and Lithuania joined NATO in 2004 each still harbored some lingering regret that they were not joining the NATO of 1949 — an alliance with a resolute and single-track focus to deter any territorial threat that Moscow could contemplate. The alliance that the Baltic states joined had by 2004 been transformed into a “multi-purpose” security organization, with stabilization in Afghanistan as its main focus. After the fallout over the Iraq war in 2003 between France and Germany on one side and the US on the other, NATO’s command of the International Security Assistance Force (ISAF) in Afghanistan beginning in August 2003 represented a major initiative to ease tensions in the transatlantic partnership. Defined by Peter Forster and Stephen Cimbala as the “distribution of costs and risks among members of a group in the process of accomplishing a common goal,” burden-sharing towards the common objective to restore stability to Afghanistan became an important responsibility for every NATO ally. This was a particularly daunting new responsibility for the Baltic states, which had only just completed the NATO accession process involving a strenuous program of post-communist military reforms during the 1990s and early 2000s.

Estonia and Military Combat in Helmand

When the US-led War on Terror began after the 9/11 attacks, the Baltic states possessed only limited experience with out-of-area operations, each had to develop “niche capabilities” to support ISAF’s objectives. There were many contribution options, military tasks included: combat; assisting reform in the Afghan National Security Forces (ANSF); peacekeeping; and disposal of improvised explosive devices (IEDs). Civilian tasks in post-conflict reconstruction were focused on agricultural production; improving infrastructure; development assistance; and poverty reduction. When considering these options, Baltic policymakers continued to contemplate their own territorial security situation, understanding that their transatlantic link could still be strengthened by demonstrating solidarity with the US, the UK and other NATO allies in Afghanistan. As alliance newcomers, Baltic governments understood that strong performance for ISAF would allow them to prove themselves as capable members in the “multi-purpose” NATO. Nevertheless, while a strong response to NATO’s burden-sharing aims could boost their reputation, any effort below the expectations of NATO’s leading allies could reinforce the undesired label of problematic NATO “free-riders.”

Washington expected stronger collective NATO burden-sharing for military combat in the unruly provinces of southern Afghanistan. While crucial for stabilization, many NATO allies were reluctant to contribute to these operations because they involved the significant risk of soldier casualties. Starting in 2006, Estonia deployed rotations of approximately 165 troops without caveats limiting combat exposure to Helmand province, an area that soon became a target for Taliban violence (Conversely, many established NATO allies hesitated to send troops into the province). The Estonian Defense Force (EDF) suffered nine soldier fatalities in Afghanistan — among NATO’s highest per capita fatality rates. Many more Estonian soldiers returned home wounded. Through this involvement, Estonia became a highly effective “niche contributor” to this vital part of NATO’s stabilization effort. This has been acknowledged by many directly involved. Speaking in 2012, NATO Secretary-General, Anders Fogh Rasmussen, stated: “I particularly welcome the fact that Estonian forces are operating in Afghanistan without restrictions. Because that means they can be deployed quickly whenever, and wherever, extra troops are needed to improve security.”

The diplomatic and military benefits of ISAF participation were also stressed by Estonia’s leaders. Visiting EDF units in Afghanistan in 2013, then Minister of Defense Urmas Reinsalu remarked: “Thanks to your [Estonian military] contribution to our relations with allies, our international ties, credibility and visibility are greater than ever before. Everyone knows how good Estonian soldiers are in battle.” Working closely with the US, the UK was a leading NATO ally for operations in Helmand; writing in 2014, British Ambassador to Estonia Christopher Holtby praised the EDF’s achievements in Afghanistan, noting that this would improve military ties between Tallinn and London into the future: “Fundamentally, the UK military wants to work closely in the future with Estonian forces because we know they are capable and effective. This has been proved in Afghanistan.”

Latvia undertook multiple tasks to support stabilization in Afghanistan, starting with its lead role in coordinating the Northern Distribution Network (NDN) that established a supply route for ISAF through Riga’s major port on the Baltic Sea. The NDN connected Europe to Afghanistan through Russia and some Central Asian states; it offered a welcome alternative for NATO, which would otherwise have had to direct more supplies through uncertain channels, including the notoriously risky Khyber Pass in the mountainous terrain that links Pakistan with Afghanistan. The US formed separate agreements with its suppliers using the NDN, but supply-chains for other NATO members were coordinated under the “Latvian Lead Nation Concept.” This was vital to allow greater cost-efficiency and improved delivery frequencies through shared transit space and pooled cargoes.

Latvia’s military provided support for Afghan National Security Forces (ANSF) capacity-building through NATO’s Operational Mentorship and Liaison Team (OMLT). At the height of the ISAF mission between 2007 and 2012, Latvia maintained a military contingent in Afghanistan that fluctuated between approximately 170 and 360 soldiers, many of these units were focused on improving ANSF capacity in the country’s northeastern provinces. Under the direction of the Obama administration between 2009 and 2011, the US military led a “surge,” but this could not ultimately subdue the Taliban. As the US and NATO drawdown began in 2012, Latvia sent 140 personnel through the Nordic Transition Support Unit (NTSU) to assist a smooth logistical withdrawal for ISAF’s Nordic participants and to strengthen the ANSF as local forces began to gain increased responsibility for public order in Afghanistan.

Lithuania’s main response to NATO’s burden-sharing aims occurred as US military commitments multiplied in Afghanistan and Iraq by 2005. Washington called on its allies to assist by taking greater responsibility for ISAF’s stabilization burden. There were exploratory discussions on a possible joint-Baltic-led Provincial Reconstruction Team (PRT) in Afghanistan, but an agreement could not be reached. Lithuania decided that it could be a lone PRT leader, and was eventually charged with the PRT in Ghor province. Initially, PRT leadership was perceived as an optimal way to improve Lithuania’s reputation in NATO, but this task soon became an agonizing and arduous obligation for Vilnius. The PRT required expertise and resources that stretched Lithuanian capacities to threadbare limits. As the only NATO member to lead a PRT from its second post-Cold War enlargement round in 2004, Lithuanian officials were often left to rue some of their own misguided over-ambition.

Early enthusiasm in 2005 gave way to disenchantment by 2009, with some Lithuanian policymakers expressing regret about their initial PRT decision seemingly taken without a realistic assessment of the enormous task involved. The move was criticized as driven too much by status-seeking within NATO, “scoring [political] points” had distracted Vilnius from the severe reconstruction problems putting its PRT coordination under serious strain in Ghor. Lithuania felt significant pressure from local stakeholders, in 2007 and 2009; two successive Afghan governors in Ghor criticized its PRT management, insisting that reconstruction responsibilities be handed over to better resourced ISAF contributors. This happened partially as the PRT developed when some civilian relief projects were passed to the US and Japan, but Lithuania was still able to overcome many difficulties and sustain its PRT leadership until its planned conclusion in 2013. While PRT leadership caused Vilnius some considerable policy pressure, taking a broader NATO outlook, high pressure and stress were mainstays for the select number of NATO governments that committed to ISAF’s most important burden-sharing aims. Persisting to the end without walking away from PRT responsibilities was important to enhance Lithuania’s standing within NATO.

Prominently referencing Baltic contributions to ISAF in 2013, then US Vice President Joe Biden explained how shared experience in Afghanistan had changed US-Baltic relations for the better. According to Biden, the Baltic states had effectively committed to a number of important civilian and military stabilization tasks, successfully altering the logic of their transatlantic diplomacy from a single-track focus on how the US could assist Baltic security to a more balanced position where the US and Baltic governments could cooperate closely in response to some vexing global security problems. The chaotic final US withdrawal from Afghanistan in August 2021 has led many to equate US involvement in Afghanistan over the past 20 years with its experience in Vietnam during the 1960s and ’70s. A point often overlooked in these discussions is that America’s NATO allies did not militarily support the US campaign in Vietnam, while most did in Afghanistan. While only narrowly focused on Afghanistan’s metropolitan areas, Western-led reconstruction efforts did have some limited success in supporting a more open and prosperous Afghan society. Nevertheless, the death toll that has been recorded after 20 years of conflict puts the military failure to fully guarantee public safety into stark perspective. 2,448 US soldiers and 1,114 soldiers from other NATO states had lost their lives in the war by April 2021, but Afghan society has undoubtedly suffered the largest costs as more than 47,000 Afghan civilians and 66,000 Afghan military and police were killed due to violence over the same period.

Culpability for the ultimate inability to defeat the Taliban and stabilize Afghanistan must rest with NATO collectively and not just the US alone. The overall NATO burden-sharing effort produced only mixed results, as some of the larger European allies did not commit themselves as strongly as they could have — an argument prominently underscored by self-imposed military caveats issued by some European allies to restrict combat exposure for operations against the Taliban. Observing this trend in 2011, US Secretary of Defense Robert Gates warned of NATO’s decline into a “two-tiered” alliance, divided between allies capable of making effective military contributions to important operations and others unable to do so. Small size and scale will always curtail Baltic influence, but the turbulent US-led campaign in Afghanistan still highlighted that the Baltic states were ready to stand up and contribute effectively when some of NATO’s more established allies were ambivalent to do so.