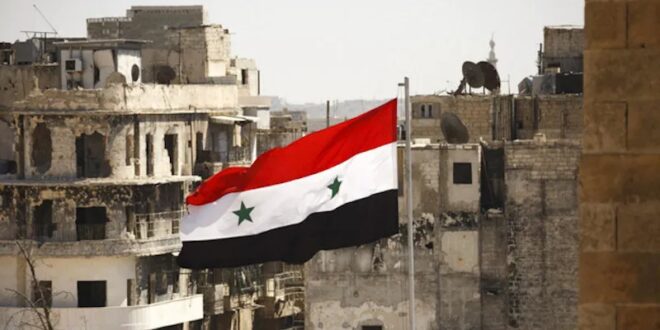 While much of the bandwidth of the Organisation of Islamic Cooperation’s (OIC) summit in Islamabad this month was reserved for the Afghanistan crisis, with the Taliban attending, another window of diplomatic restart was achieved within the Arab Gulf narrative as Syria’s heavily-sanctioned private airline, started direct flights between Damascus and Karachi.

While restarting of a route is not usually seen as a big event, this one has a multitude of geopolitical manouevres behind it, ranging from a fast-developing thaw between Pakistan, the United Arab Emirates (UAE), and Saudi Arabia after months of tensions to Abu Dhabi’s push to normalise relations between a war-torn and isolated Syria with as many other countries as possible. While such moves to restore trade and people-to-people contact are fairly recent, other Arab states, such as Oman, had started to restore links as far back as 2015, despite heavy political and economic sanctions against Damascus by the US, a long-standing ally of Muscat, raising concerns against the Sultanate, which is now increasingly being seen as the ‘Switzerland of the Middle East (West Asia)’, for its increasing role as a neutral player and mediator in the region’s fractious geopolitics. Syria is accused of an expansive gambit of war crimes and human rights violations, from incessant military crackdowns against protesters to accusations of using chemical weapons against its own population.

Syria, under an embattled presidency of Bashar al-Assad has been on the fringes of the international and regional order alike since the Arab Spring, and the protests against the Assad government metamorphised into an expansive conflict that saw the rise of the so-called Islamic State, the Assad government’s often brutal push to maintain its power, Russia and Iran’s intervention to protect the political order in Damascus, and even as of December 2021, Israel’s move to conduct airstrikes in Syria against Iran-backed militias, making the Arab country an extremely chaotic geopolitical case.

Over more than a decade now, the West’s push to support a people’s uprising against Assad and Moscow’s pull to keep him in power, and by association protect Russia’s own military and geopolitical interests in the region extending into the Mediterranean Sea, clashed along with the country’s internal crisis. However, after all these years of isolation, and even handling by other Arab powers with soft hands, Assad’s Syria is looking to come back into the mainstream. In December 2018, the UAE and Bahrain reopened their embassies in Damascus and in May 2021, Saudi officials met with Assad, as hints of Riyadh also willing to reopen its mission in the country gained strength. Furthermore, the UAE’s foreign minister arrived in Damascus in November 2021, amidst much criticism over this outreach. Reports of some western countries also approaching a level of diplomatic normalcy on the ground in Damascus have also surfaced.

The easing of pressure against the Assad regime regionally within the Middle East is not necessarily due to a change of fortunes for the Syrian President, or a drastic change in policy discourse by the West, but perhaps more to do with regional reshuffles, where larger Arab powers are attempting to mitigate their risks to the bare minimum, specifically when it comes to larger conflict of interests between the Gulf states, Israel, and Iran. The Abraham Accords, normalising relations between a group of Arab states led by the UAE and Israel, ending a historic geopolitical status-quo has pushed others to also mend ties, seeking political stability for larger and long-term economic gains. Saudi Arabia has held talks with Iran in Iraq and Jordan to try and deescalate tensions with Tehran, specifically over the civil war in Yemen, where both sides are interlocked in a long-running conflict. The UAE. over the past few years, as well has maintained a consistent outreach to Iran, helping the Shia seat of power during the pandemic, and constructing a general outreach to build mutual stability. Syria has many challenges in front of it, as it remains a host to proxy militias backed by Iran across the length and breadth of the country, and the northern parts of the state, specifically areas such as Idlib, still hosts many Islamist groups that have created themselves in the aftermath of battles with ISIS, al-Qaeda, and so on. Groups such as Hay’at Tahrir Al Sham (HTS) run their own protectorates as defacto states within Syria. HTS’s leader, Abu Mohammed al-Jolani, even appeared on an American news network dressed in a crisp western suit to try and mainstream the terror group and its aims.

However, the Assad government has a very difficult road ahead of it. Today, it effectively operates as a protectorate of both Iran and Russia, both having saved the Assad political ecosystem over the years. Moscow already uses Syrian territories for its extended geopolitical tactics, such as sending Syrian mercenaries to Libya by the Kremlin to support warlord Khalifa Haftar. In the north, Turkey remains a divisive force in Syria, supporting groups against the Assad government as part of its wider tactical efforts to disallow Kurdish unity, and push back against the Kurdistan Workers’ Party (PKK), a designated terror group. Syrian mercenaries were also found to be present in last year’s Nagorno-Karabakh War between Azerbaijan and Armenia in Central Asia. The presence of Syrian fighters in Kashmir aided by Turkey and Pakistan is also a folklore that has found space on social media since 2015. With a collapsed economy, the people of Syria have severely limited means of livelihood and fighting other state’s wars has been built up as a viable economy, earning out of a battlefield while states sponsoring such private mercenaries dodge the fallouts of domestic politics that come with initiating or taking part in international conflicts.

Throughout the Syrian crisis, very few countries have been diplomatically active in Damascus. India was one of them, having largely maintained a constant diplomatic presence. As New Delhi publicly opposed the Libyan War and its aims to dislodge the now former ruler Muammar Gaddafi in 2011, fearing the ills to the global order of another failed state, similar views also prevailed at Raisina Hill over the fate of Damascus. Hence, despite the West’s isolation of Syria, India maintained regular diplomatic contact, with the late Walid al-Mouallem, then Deputy Prime Minister of Syria to Delhi, visiting Delhi in 2016 and India’s then Minister of State for External Affairs, MJ Akbar, reciprocating the same year by visiting Damascus. During the COVID-19 pandemic, India stepped in to offer full assistance to deliver vaccines to Syria under the guidance of the World Health Organisation (WHO), highlighting the situation in the country as “dire”. In June 2020, Syria provide a one-off flight to New Delhi to help evacuate stranded Indians in the country. In July 2021, New Delhi once again said it was not in favour of a military-led solution in Syria. Over the years, Syria has also added weight to India’s global diplomacy over the issue of Kashmir, specifically within the Muslim world.

Even as Arab states look to mainstream the Assad government back into West Asia’s political manifold, the journey may not be as easy. Syria, over the years, will be required to untangle itself as a playground for proxy battles, especially between Israel and Iran, and look to mitigate Moscow’s influence. All these are difficult deliverables considering Assad’s political survival was secured by these foreign actors, and if the Syrian President looks to hedge its bets with the likes of UAE and Saudi Arabia now, both Russia and Iran could react by further digging their heels around the Assad ecosystem which is fraught with infighting and economic destitution.

The US, in the meantime, has already aired its displeasure over Abu Dhabi’s diplomacy to try and normalise the Assad government, meaning ease of sanctions against Syria may not be on the horizon, and companies and entities working in the region, which may engage with this Emirati project could face sanctions by association. The road towards normalcy remains extremely complicated for Syria, with too many cooks already in its kitchen, Assad’s government may have to revisit its own realpolitik over how long it can maintain a survivalist, and by association isolationist, state design.