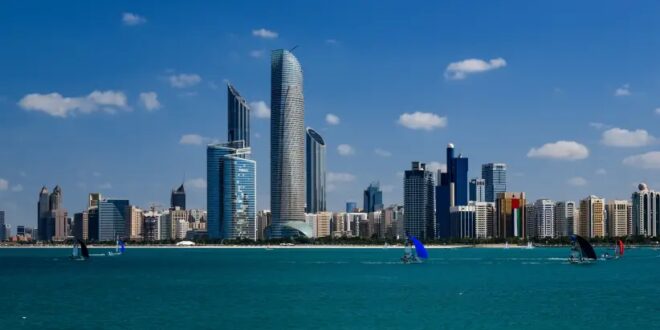 Three people were killed and six were injured in a drone attack on the United Arab Emirates that occurred Monday morning and that Yemen’s Iran-aligned Houthi movement claimed responsibility for.

Shortly after the attack in the UAE, the Saudi-led coalition claimed that it had managed to down eight drones launched in the direction of Saudi Arabia.

Drones were spotted in the area prior to the explosion. “Initial investigations found parts of a small plane that could possibly be a drone at both sites that could have caused the explosion and the fire,” the police said in a statement on state news agency WAM.

Meanwhile, those injured are lightly to moderately injured, according to local media, citing Abu Dhabi police.
Bahrain and Saudi Arabia condemned the attack, calling it a “cowardly, terrorist” attack, while Iran’s Tasnim News Agency described it as an “important operation, according to Reuters.”

The military spokesperson for the Houthi movement said that the group had launched a military attack on the UAE.
“In response to the escalation of the US-Saudi-Emirati aggression, we carried out, with the help of God Almighty, a qualitative and successful military operation,” read the Houthi statement. “‘Operation Hurricane Yemen’ targeted Dubai and Abu Dhabi airports, the Musaffah oil refinery in Abu Dhabi and a number of important and sensitive Emirati sites and facilities. The successful operation was carried out with five ballistic and winged missiles and a large number of drones. Operation Hurricane Yemen has successfully achieved its goals.”

Few such attacks in the UAE have been claimed by the Houthis in the past, and they have been – for the most part – denied by Emirati officials.

The attack occurred amid tensions between the Houthis and a military coalition, led by Saudi Arabia and backed by the UAE. The UAE has great influence on the Yemeni forces it armed and trained prior to scaling down its military presence in the region in 2019.

The Houthis have repeatedly launched cross-border missile and drone attacks on Saudi Arabia and have in the past threatened to attack the UAE.

The Gulf country is planning to ask the United States to re-designate the Houthi movement as a terrorist organization following the Monday attack, as well as the capture of an Emirati ship off the coast of Yemen several weeks ago, Bloomberg cited an unnamed source with knowledge of the matter as saying. The US removed the organization from its list last year amid efforts by President Joe Biden’s administration to pressure Saudi Arabia to end the war in Yemen. The source added that the UAE wants to apply additional pressure via the United Nations Security Council.

The country said it “reserves the right to respond to these terrorist attacks and criminal escalation,” adding that the attack “will not go unpunished,” according to Al Jazeera.

Post Views: 90
Previous The Hidden Toll of Sanctions
Next Israel should not attack nuclear Iran alone, but should join a NATO 2.0 – opinion