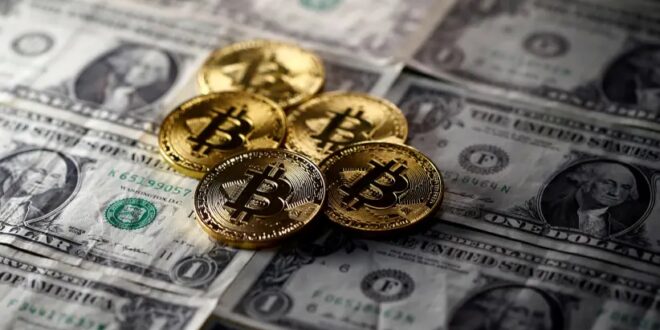 Here are answers to your frequently asked questions about inflation – what does it mean, what’s causing it, and what can be done

Prices for goods and services increased 7% in the last year, the highest inflation rate in nearly four decades, according to numbers released Wednesday by the US Labor Department.

In Los Angeles, consumer prices are up 6.6% from a year ago and up 0.4% in the last month, driven primarily by rising housing and furnishing costs, the US Bureau of Labor Statistics said.

With the pitch of arguments around what’s causing inflation and what to do about it rising even faster than prices, The Times spoke with economists to understand what’s happening.

What is driving inflation?

Start with the two words you’re probably sick of hearing by now: supply chain. Consumers are eager to spend, and suppliers aren’t able to keep up with the demand.

The pandemic has caused enduring problems with the shipping, unloading, and delivery of goods around the country, notably at the crucial ports of Los Angeles and Long Beach. The increased cost of goods means businesses have either had to decrease their profit margins or raise prices for consumers — often both.

Two years after the first temporary coronavirus lockdowns, production pullbacks continue to reverberate. A shortage of semiconductors has limited car production, which in turn has raised used car and rental car prices sharply. The pandemic also saw a wave of bankruptcies among US oil producers as the economy briefly came to a standstill. Now, oil demand has recovered, but supply has not, said Leo Feler, a senior economist at the UCLA Anderson School of Management.

About half of the total inflation can be attributed to higher prices for cars and energy, the Bureau of Labor Statistics reported. The other half: food, housing, furnishings, appliances, and other goods, all of which are affected by pandemic-related supply problems.

“If not for the Delta wave, maybe factories would have been running at full steam in China and Vietnam and Taiwan, and we would get the parts and semiconductors that we need to produce cars and washing machines and wearable goods in the US,” Feler said. “But because we had the Delta wave, that shut down factories in Asia.… We continue to have supply constraints and higher inflation.”

Is anyone benefiting from inflation?

People with debt are, Feler said. For mortgage holders, the value of their homes is increasing, but their mortgages are locked in at a low interest rate.

“They actually are experiencing a negative real rate of interest,” Feler said. “So they’re paying such a low rate of interest relative to inflation that they’re better off.”

“In many cases, firms are not asking even what the cost is. They’re just desperate to get raw and semi-processed materials,” Reaser said.

How is inflation affecting the job market?

Higher prices are placing financial pressure on American households, especially lower-income families, but there’s an upside. With US unemployment at a record low and companies scrambling to fill jobs, workers have bargaining power for higher wages, Reaser said.

“They are increasingly demanding larger raises to accept those jobs,” Reaser said.

Though real wages have declined on average across the workforce, some segments have been doing particularly well, such as leisure and hospitality workers, Feler said.

“Demand for their labor is so high that their wages have gone up faster than the rate of inflation,” Feler said.

What is the Federal Reserve doing about it?

The high inflation is cause for alarm for Fed Chairman Jerome H. Powell, who told Congress on Tuesday that the central bank was prepared to speed up the interest rate increases it planned for 2022. Increasing interest rates depresses borrowing and spending, which in turn cools off demand and eases the pressure on suppliers. Powell has called the rise in inflation a “severe threat” to the goal of maximizing employment.

Some also question the need for the Federal Reserve to take action at all if it’s all being caused by the pandemic.
If the supply chain issues were resolved, wouldn’t inflation also take care of itself?

Still, Feler said the institution would “likely err” on the side of tackling inflation now.

The Fed “doesn’t want to take the risk that inflation will become an anchor — that people will expect inflation to be higher, and therefore, they’ll start raising prices in anticipation of higher inflation,” he said.

When can we expect relief from higher prices?

Don’t hold your breath. In the near term, we’ll probably see inflation spread from cars and energy to other areas, Reaser said. She points to medical costs and rent increases as “sleeping giants” that are likely to hit consumers in the coming year.

Ultimately, as has been the case the last two years, the economy will remain at the mercy of the coronavirus.

Post Views: 96
Previous US denies Syria-Lebanon-Israel gas deal; was it ever going to happen?
Next Gunmen kill more than 50 in Nigeria’s northwest, residents say