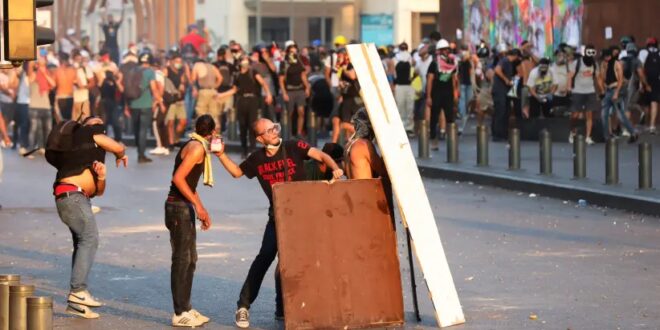 US denies Syria-Lebanon-Israel gas deal; was it ever going to happen?

The idea of bailing out Lebanon’s elites to keep Iranian gas off the streets of Beirut may not come to pass because of its complexity.

The US State Department’s Bureau of Near Eastern Affairs has denied a claim there was a secret deal that would see Israel supply gas to Lebanon. “Media reports that the United States has brokered an energy deal between Israel and Lebanon are false,” it said on its official Twitter account.

This leaves many questions because the media had not reported that the US had brokered a deal between Israel and Lebanon; reports had merely indicated that Israel could supply gas to Jordan and that gas would find its way onward, perhaps to Syria or Lebanon in some complex arrangement.

The overall perception is that this deal might not be happening. It is also unclear to what extent it was real in the first place. The deal always had too many moving parts.

It might have seen gas go to Jordan – a country that does not have large energy supplies – and then flow to Syria and then Lebanon. Some reports said a gas line would take years to be repaired from Syria to Lebanon; others said an energy swap might be involved.

Who would come up with a complex deal involving transporting gas from Israel to a pipeline through Egypt, Jordan and Syria? The whole concept was supposed to help Lebanon by not letting Iran blackmail it into taking Iranian energy exports.

Lebanon is in the middle of a financial and energy crisis. This is caused partly by Hezbollah’s stranglehold on the government and that wealthy Lebanese keep their money abroad and don’t pay taxes. Like many countries, Lebanon has plenty of wealth but wants other countries to foot the bill so its elites can enjoy sports cars and restaurants in Paris.
Lebanon probably has more fancy villas, sports cars, servants and maids for its middle and upper class than Israel does, but the country is “poor” because too much of the money has been siphoned off and sent abroad.

This is a traditional model of governance in some kleptocracies in the Global South: Ship the money abroad and then demand that the US and others pay for everything.

Meanwhile, American taxpayers who can’t afford the sports cars and servants that are common in Beirut have to pay for Lebanon’s army because the billionaires and millionaires who run Lebanon’s sectarian feudal political system are too busy partying with supermodels and sailing their yachts.

This isn’t conjecture. One Lebanese political leader who doesn’t seem to pay any taxes in Lebanon gave $16 million to a model, according to The New York Times. But Americans, Israelis, Jordanians and others who work for a living and see their earnings evaporate due to inflation are being asked to “save” Lebanon from Iran so that its upper class can continue the good life. Is this really a realistic plan?

THE IDEA of bailing out Lebanon’s elites to keep Iranian gas off the streets of Beirut may not come to pass because of its complexity, not because people in the US, Israel and elsewhere might think the idea is boorish and crass. Washington has slapped sanctions on Damascus, but media reports have asserted that the Syrian regime might benefit from the gas deal by positioning itself to supply Lebanon’s energy needs.

The Assad regime, which floods the region with narcotics, hosts Hezbollah and is an ally of Iran, was supposed to be a conduit for the energy needs of Lebanon, ostensibly to counter the Islamic Republic. This is like the proverbial “robbing Peter to pay Paul,” where you work with one Iranian ally to supposedly counter another.

If the Syrian regime and Hezbollah benefit, why were the US, Israel and Jordan or Egypt supposed to be involved in the deal?

That the US has denied the reports might indicate they were leaked to scuttle the deal. Lebanon’s ruling elite officially dislikes Israel, and they are held hostage by Hezbollah, which threatens anyone who has any contact with the Jewish state. Lebanese law even makes it illegal to send an email to or converse with Israelis.

If Beirut hasn’t been able to sort out a maritime dispute with Jerusalem, how can media reports indicate that Israeli gas might somehow benefit its northern neighbor? The concept seems far-fetched. Even if the plan was floated as some kind of energy swap – where gas flows to one country, then that country swaps it for gas from a third country, and that goes to Lebanon – the whole idea would require more regional stability than currently exists.

Smugglers from Syria gunned down a Jordanian soldier and wounded other Jordanians over the weekend. The idea that Amman would agree to work with a Syrian regime that is empowering drug smugglers might not be a reality.
While it is true that Egypt, Jordan, the Gulf states and Russia want a more stable Syrian regime – and it’s also true that Israel has interests in not having Lebanon become poorer and more chaotic – the ability to get all these interests aligned seems extremely difficult. If the US could pull it off, it would be a significant accomplishment for the Biden administration.

The question is whether the deal would actually reduce Iran’s role in Lebanon or simply give Tehran breathing space to spend resources on Hezbollah’s arsenal, rather than see Iran trying to sort out Lebanon’s gas and electric mess. Perhaps Iran will benefit either way.

Post Views: 103
Previous Israel should not attack nuclear Iran alone, but should join a NATO 2.0 – opinion
Next What’s really going on with inflation? Economists weigh in