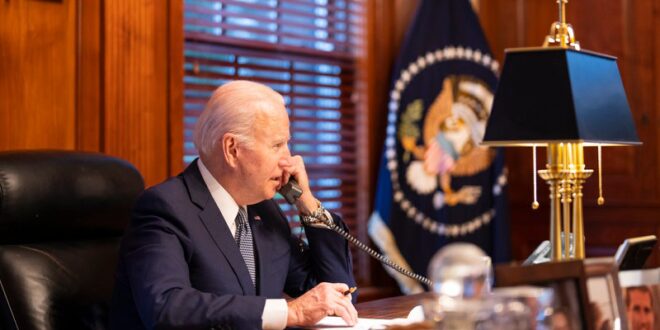 The contrasting coverage of the US–Russia talks in the international media is probably an indication that it is too early to consign diplomacy to the dustbin. The western media is awash with a ‘gloom and doom’ analysis, suggesting that hostilities are about to break out. Russian media, on the other hand, are not yet beating the drums of war and are focussing on the possible contours of an agreement and its possible time frame.

The emergence of two different stories in the Western and Russian media is reflective of the divergent approaches the two parties have to the talks.

The West see the talks primarily as a road to de-escalation of the situation around Ukraine, while rejecting Russia’s demands for security guarantees on NATO expansion, limits to deployment of offensive missiles in its neighbourhood, and reducing US and NATO military infrastructure in Eastern Europe to 1997 levels.

Russia, on the other hand, sees the talks primarily as negotiations on these security guarantees, while the situation around Ukraine is secondary. It will keep upping the ante as a means to keep pressure on the US to stay engaged with Russia.

At first glance, the Russian insistence on written guarantees, preferably in Treaty form, on its demands may appear to be an insurmountable obstacle. But a closer look at the substance of the demands shows that there is scope for finding the middle ground.

Any realistic assessment of the situation in Europe would show that NATO membership for Ukraine or Georgia is not on the anvil in any foreseeable future. Neither the US nor Europe has the stomach to fight a war over Ukraine or Georgia given that Russia has existential security concerns in these areas as well the military and political will to defend these interests, whereas the US and its allies have neither any overwhelming security interests nor the political will to go to war with Russia over these territories.

Russia also probably understands that it would be impossible for the US or its allies to sign documents dismissing Ukraine’s or Georgia’s NATO membership, or to allow Russia a veto on future memberships. Moscow also understands that it would be impossible to get such an agreement ratified by the current US Congress given the divisions in Washington.

As for missile deployments, the US has encouragingly declared that it is willing to discuss this issue with Russia. In any case, the sticking point is likely not to be the question of US missiles in Ukraine or Georgia as this does not appear to be a critical goal for Washington. As prominent Russian analyst Dmitry Trenin suggests, the hypothetical appearance of US missiles near Kharkhiv (a major city in Ukraine) will be tantamount to Russia arming its nuclear submarines navigating near US shores with hypersonic missiles. In other words, this will not be a problematic issue to resolve.

What could put a wrinkle into the negotiations is the placement of US missiles in Romania and Poland, but this could probably be tackled by restarting regular arms control parleys, which could also deal with the issue of regulating deployment of large forces and military exercises in border areas.

A few thousand US or NATO personnel posted in some Eastern European areas, including the Baltic states should not in theory pose an existential threat to Russian security. This suggests, as Trenin says, that the requirement for restoring the 1997 levels of NATO deployment is a negotiable demand. It could also be a demand that the Russian side would be ready to withdraw to show its flexibility.

But while there is still scope for an agreement between Russia and the West, it must be understood that Russia would be looking for agreements primarily with the United States and not NATO or the EU, who in Russia’s view are secondary actors subservient to the US.

Second, that Russia’s demands are strategic and long-term and should not be dismissed out of hand. Russia probably has a Plan B on how to escalate the crisis using what the Kremlin calls “military-technical means”. These are probably deployments of missiles and other platforms across the globe that would increase insecurities in the West, including the US; something the West couldn’t afford to ignore and would require countermeasures.

Such escalations would run the risk of getting out of hand. “The gap in perceptions is so broad that a new and dangerous escalation could be necessary to make the parties open up their imagination and search for agreements,” Fyodor Lukyanov, the head of the Moscow-based Council for Foreign and Defence Policies said. Here it would be useful to remember that any war between the US and Russia is unwinnable by either side.

But before the world faces nuclear annihilation, it may face an unprecedented economic crisis brought on by the danger of war. The imminence of war would not leave markets unaffected; they would crash. In fact, this is something that Russian Deputy Minister Ryabkov mentioned recently in response to a question.

Meanwhile, Yevgeny Buzhinsky, a retired lieutenant general and a regular Russian television commentator, told the New York Times that Russia would win any war with Ukraine in short order through devastating airstrikes. “There will be no columns of tanks,” General Buzhinsky said in the interview. “They will just destroy all the Ukrainian infrastructure from the air, just like you do it.”

Additionally, analyst Gilbert Doctorow notes in his blog that Russia’s capacity to decimate the Ukrainian military infrastructure without deploying a single soldier on Ukrainian soil would render wasted the Western billions poured into modernising and arming the Ukrainian armed forces as well as end any NATO plans to deploy forces in Ukraine.

All in all, it is a better prospect to have an understanding between the West and Russia on the nature of the security changes required in Europe rather than have to follow these arrangements without an agreement. So far from beating the drums of war, it appears the omens are suggesting that the role of serious diplomacy is only beginning but the road ahead is long and tortuous.

Post Views: 91
Previous Blinken, Lavrov To Meet In Geneva Friday To Continue Diplomacy Over Ukraine
Next Why Is Armenia Able To Reconcile With Turkey But Not With Azerbaijan?