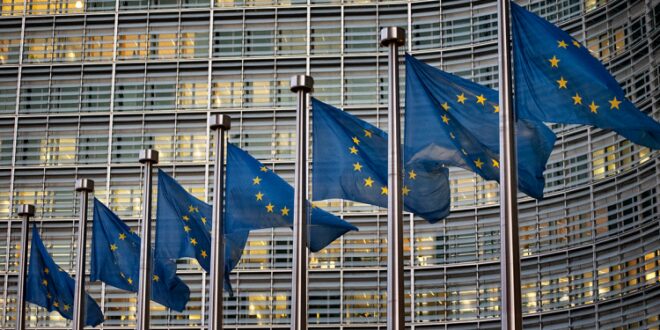 Going into 2022, many of the main issues that dominated the European Union’s (EU) relations with the countries of the Middle East and North Africa (MENA), from the ongoing talks in Vienna to revive the 2015 Iran nuclear deal or Joint Comprehensive Plan of Action (JCPOA) to the conflicts in Syria and Yemen, as well as the uncontrolled influx of migrants from the region and Turkey’s long-stalled membership bid, remain on the agenda. Is the new year likely to see a resolution of any of these issues or any other significant changes in relations between the EU and the countries of the region?

Iran and the Vienna talks

Two central issues in the resumed negotiations in Vienna are the possibility of the United States reapplying the provisions contained in the JCPOA treaty and Iran’s compliance with its restrictions. The EU will maintain its support for upholding the provisions of the agreement, but not at any cost. Thus far, the Iranian side has been able to count on EU politicians’ compliance, but that won’t last forever and Tehran will need to take conciliatory steps and adopt a more constructive attitude in the negotiations. In 2021, the EU tried to resume talks despite the significant hardening of positions by both Iran and the U.S. In the new year it is doubtful it will continue to engage without any reservations or deadlines in trying to bring Iran and the U.S. closer together, especially if the Iranians continue to enrich uranium, the Americans impose preconditions that the Raisi administration cannot accept, and the two sides show little flexibility on the core issues. This was clear in the positions presented by European diplomats during the current round of talks, initiated on Jan. 3, and the language they used in speaking to the press — of “weeks, not months” remaining to revive the deal.

When it comes to the Israel-Palestine conflict, the EU has long tried to be impartial and its representatives maintain contact with both the Israeli government and the Palestinian administration. Certainly, the EU position on the issue will not change any time soon, and EU institutions will continue to emphasize the need to resume peaceful dialogue and respect the rights and freedoms of Palestinians, especially in the Gaza Strip. The EU has been supportive of Israel’s new government under Prime Minister Naftali Bennett, but Brussels will be keeping a close eye on key issues like human rights, settlement activity, and economic conditions in the Palestinian territories.

For the moment, there is no indication that the EU is going to modify its positions on the conflicts in Syria and Yemen. In the case of Syria, the EU will still not allow any solution other than an agreement reached under the auspices of the United Nations. It will also not recognize Bashar al-Assad as the president of Syria and will continue to oppose the Russian military presence in the country. In the case of Yemen, by contrast, the EU will remain focused on the humanitarian crisis and use soft criticism, for example in relation to military actions undertaken by the Saudi-led coalition.

The uncontrolled influx of migrants from the MENA region will remain one of the main challenges for EU member states in the new year. The deteriorating political and economic situation in countries such as Iraq, Lebanon, Afghanistan, and Iran will result in an increase in the number of refugees and migrants looking to settle in EU countries, especially those with a friendly migration policy, such as Germany and Sweden. In 2021, a new eastern route via Belarus to Poland and Lithuania emerged to join the long-standing migration routes across the Mediterranean and through Anatolia and the Balkans. The situation will require intensified cooperation with non-EU transit countries, especially Turkey, Morocco, Tunisia, and Libya, as well as dialogue with the Belarusian authorities, who have used migrants as a tool to exert political pressure on the EU. Although the last issue is highly controversial, there may be no better option. As the weather improves in the spring, the influx of migrants may increase again, especially given the current tensions between the West and Russia over Ukraine as well as Russian President Vladimir Putin’s efforts to destabilize Europe in various ways.

Turkey and the EU

Turkey’s long-standing bid to join the EU still remains open, although at this point there seems to be no prospect of talks moving forward in the coming years. On the contrary, many internal factors in Turkey, as well as those on the EU side, indicate that the parties will only move further apart from each other, and the vision of Turkish membership is already fading. Next year people born in 2005, when the negotiations were opened, will turn 18 and during this nearly-two-decade-long period, the parties managed to provisionally close only one of the 35 negotiation chapters.

The year 2022 will thus be one of continuity in EU policies when it comes to the main issues in the region. The only changes that might take place are likely to come as a result of a hardening of the EU’s stance on Iranian demands during the Vienna negotiations as well as the slow phasing out of Turkey’s accession process. EU institutions and leading politicians will closely follow events in the region, remaining ready to cooperate with the United States, while at the same time taking a different position from Russia or China. As before, they will also try to maintain a delicate balance in relations between conflicting parties, including the Israelis and the Palestinians, as well as in broader regional rivalries, especially that between Iran and Saudi Arabia. As for the conflict in Syria, the EU will continue to refuse to recognize Assad’s legitimacy.