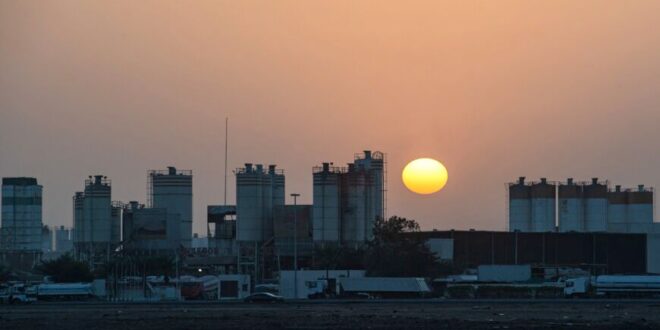 Israel is worried about the international community’s lack of reaction to the Houthi drone attack on the Emirates, surely orchestrated by Iran.

“They are in shock, deep shock. They are not used to being attacked like this,” a senior Israeli security official told Al-Monitor on condition of anonymity, referring to the Jan. 17 drone attack on the Emirates claimed by Yemen’s Houthi rebels. “It was an amazing attack in terms of its daring, but they (the Emiratis) managed to intercept three of the five drones. One of them was supposed to hit the Louvre Museum (in Abu Dhabi) and the other one another strategic target.” Although three people were killed and several fuel tankers were destroyed, the Israeli official said “a heavier disaster was miraculously averted.”

Israel is amazed by the world’s indifference to the unprecedented strike. “Everyone knows who is behind this attack,” a senior government minister told Al-Monitor on condition of anonymity. “Everybody knows the Houthis could not have carried out such an attack on their own. Everybody knows that the weapons used were Iranian and the order was given by Tehran. And yet the Vienna negotiations are continuing as usual. You see everyone behaving normally, the Iranians are ignoring everyone and their daring is increasing by the day. It is inconceivable.”

Other than the United Arab Emirates and Saudi Arabia, Israel appears to be the country most concerned by the attack attributed to the Houthis. The top military and defense brass held lengthy consultations about the strike, analyzing its operational aspects and implications. Prime Minister Naftali Bennett spoke with Crown Prince Mohammed bin Zayed and sent him an official letter offering Israeli help. Israel is not too worried by the attack itself, given that it (Israel) is well equipped to intercept missile and explosive unmanned aerial vehicles (UAV) strikes and has done so in the past. What worries Israel is the world’s apparent indifference, which senior officials are referring to as reckless.

“Iran is in fact being given a license to kill. They keep upping the stakes and see that no one is responding,” the senior minister added. “It started with the lack of American response to the drone attack on Al Tanf,” the minister said, referring to an October 2021 drone attack on the Al Tanf base in Syria housing US forces, “and continues on all fronts. At this point, the Iranians no longer fear anyone. The only state that hits out at them and which they fear is Israel. The US has completely lost its deterrence capabilities, and this will keep getting worse. The Iranians are now managing to bypass sanctions,” the minister said, pointing to the recent Moscow visit by Iranian President Ebrahim Raisi, a thawing of billions in frozen Iranian assets by the South Koreans under discussion by the sides, and more. “We do not want to even think about daring Iranian terrorism once they get their hands on mountains of cash,” the minister said.

Western diplomatic sources told Al-Monitor this week that the Emiratis were stunned by the Houthi strike and determined to retaliate with the sophisticated offensive means at their disposal. But the Emiratis, these sources added, were hobbled by insufficient defense to counter deadly precision missiles and drones.

Asked whether Israel would supply the UAE with its Iron Dome anti-missile defense system, an Israeli security source said on condition of anonymity: “It is not that we do not want to. The question is whether we can. This is a complex matter involving production, American permission, and it cannot happen overnight. There is no way to make the UAE immune to these types of attacks within a short time period. It is a process and they will probably start it now. Ultimately, we may well see Iron Dome and other interception means in the UAE more suited to UAVs. It will happen. It is only a question of time.”

Israel is taking the Houthi attack on its Gulf ally almost personally and offering to help in every conceivable way. When Israel heard that Zayed planned to dispatch his national security adviser to Iran on the eve of Bennett’s mid-December visit to Abu Dhabi, it decided not to appeal the decision or even comment on it.

“We realize their position,” a senior Israeli security official told Al-Monitor on condition of anonymity. “They are totally exposed; they are neighbors of Iran. They understand that the US is pulling out and the situation is becoming complicated, and they wanted to play on both fields. We did not have a problem with that. We could have canceled our (Bennett’s) visit; we could have protested. But Bennett decided to understand their constraints. The Emiratis greatly appreciated this. The latest attack demonstrates that this will not work. In the Middle East, no one can dance at all weddings. You are either on Iran’s side or against it. Everyone is learning this now — the hard way.”

A senior Israeli diplomatic source told Al-Monitor on condition of anonymity that US policy is the biggest problem Israel sees right now. “We, the Emirates and many others in the region were stunned when the Biden administration decided to remove the Houthis from the US list of terrorism organizations, overturning the decision of the previous administration. That was nothing short of shocking. Now, as we understand it, the Americans are reconsidering that decision. Indeed, it is about time. Too bad they had to learn all of this the hard way.”

On Bennett’s visit to the Emirates, the sides agreed that official statements and read-outs would refrain from mentioning Iran. “We did not want to embarrass them and we did not mention it,” the senior diplomatic source admitted. “But clearly the issue came up inside the room and took up lots of space. We understood they were worried about the progress in the Vienna negotiations and wanted to enter into a type of detente with Tehran. We did not try to interfere.”

Israel is closely monitoring developments in the Gulf and investing considerable intelligence efforts there. “Up until recently, the Emiratis were less interested in acquiring an F-35 squadron and more interested in doing good business with everyone, including Iran. The Emirates and Iran have massive volumes of highly developed trade, and they are prospering. Now they realize that life and national security come before business. It will be interesting to see how this all pans out,” concluded the senior diplomatic source.

What prompted Iran to order the attack on Abu Dhabi, if the order did indeed emanate in Tehran? “It is simple,” the senior Israeli security official said. “The Iranians are becoming more confident and signaling that they are here to stay and are not deterred by anyone. Unfortunately, Iran is the only party behaving like a world power at the talks in Vienna, rejecting the idea that they are in an inferior position, showing that their ‘economy of resistance’ is working and playing their cards for all they are worth.”

According to Israeli security officials, this is just the beginning of the troubles that Israel’s ally could experience at Iran’s hands. “This week, an explicit threat was issued that the next target would be Burj Khalifa,” the senior Israeli security official said, referring to the world’s tallest building towering over Dubai. “The Houthis have posted all sorts of graphic clips in which Burj Khalifa is seen going up in flames, and the message is loud and clear. Now we know they have the ability to do this and destroy the UAE’s most prominent symbol, if they only want to. It could set the whole region on fire. This is not over yet. It has hardly begun, and no one is responding. Israel is the only state in the world that dares to undermine Iranian activity in the region. This is mostly sad.”