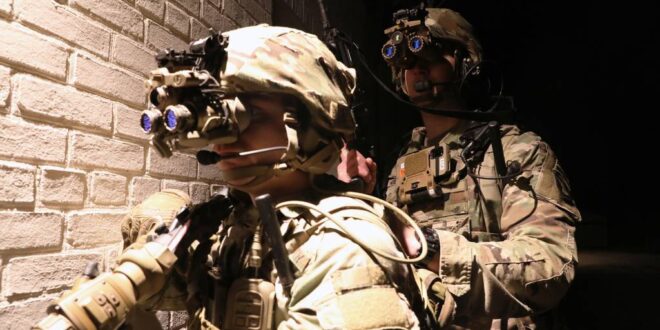 The U.S. agency announced the Enhanced Night Vision in Eyeglass Form program last year, calling on industry and academia to submit proposals in two technical tracks. The first focuses on developing prototypes to reduce the size of the eyepieces and intensifiers on current night vision glasses. The second explores new methods for converting infrared light reflected into visible images.

The ENVision program is meant to leverage a decade’s worth of investment in night vision technology, including new materials and processes. The technology, DARPA said, could eliminate the need for bulky intensifiers that can cause neck injuries for users and result in goggles the size and weight of typical eyeglasses.

DARPA awarded the Phase 1 contracts in October and November, announcing them publicly in a Jan. 12 news release. The period of performance extends into 2023, at which time the agency will consider options for Phase 2 awards, spokesman Eric Butterbaugh told C4ISRNET.