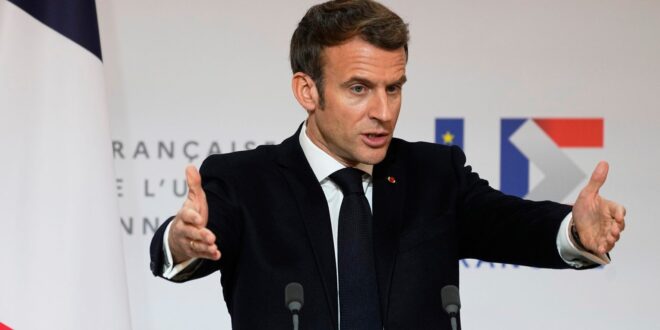 The situation between Russia and Ukraine is “highly volatile”, and it is necessary to avoid “the self-fulfilling character” of the crisis, the Elysée Palace said on Monday.

More specifically, the reasons for this “volatility” are linked to the “Russian military presence on the other side of the Ukrainian border”, as well as to “Russian military movements in Belarus”, but also to repeated cyber-attacks against Ukraine.

Given this growing tension, the Elysée indicated “that Europeans must […] speak with one voice on all aspects of the issue” while being “careful not to create additional ambiguity”.

The statement added that Emmanuel Macron is in contact with heads of state and governments to ease tensions and consolidate aid to Ukrainians and European countries affected by the crisis, such as “Lithuania, Estonia and soon Romania”. On the more alarmist reactions of the United States and the United Kingdom, the main point is that “we share the same concern and the same observation”.

It also noted that Macron wants to include the European authorities more in the process, to send a message of unity, “solidarity and robustness” and to prevent the crisis from growing.

The presidential palace was also keen to stress that “if Russia aggresses against Ukraine, the response will be massive” in the hope that “the possibility of sanctions” would make it possible “to avoid the crisis”.

To undertake “the path of de-escalation”, President Macron will meet Vladimir Putin “in the next few days” so that “everyone’s intentions can be clarified”.

From Europe and France, “all the resources of the diplomacy” must be used to guarantee the security of the continent, the Elysée added.

Post Views: 96
Previous How to Retreat From Ukraine
Next Greek army steps in to save government snowstorm fiasco