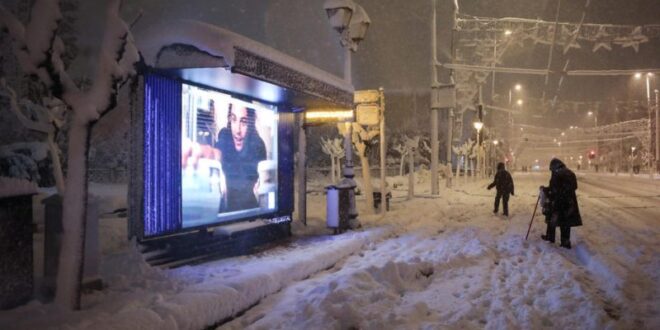 After a heavy snowstorm paralysed Athens, the Greek army was asked to intervene and help citizens who were trapped in their cars for hours. Despite initial guarantees that the state was prepared, the government has lost control of the situation.

Many parts of Athens are still facing electricity cut off, hundreds of cars are blocked on highways, and more than 500 people are trapped in trains.

In his first test as Minister of Climate Crisis and Civil Protection, former EU Commissioner Christos Stylianidis apologised to Greek citizens for the failure of the government to protect them.

The conservative government (New Democracy, EPP) has been communicating for days that it was standing ready to handle the projected snowstorm.

“Either with rain, snow or wildfires, the government has been unable to deliver”, the main opposition commented.

On Tuesday, most schools will close while the public and private sectors will not work with the exception of supermarkets and pharmacies.