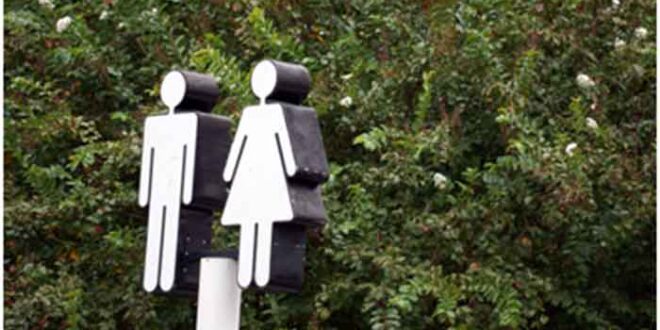 Writing about sex in the year 2022 is not at all, like writing about sex in the late 1960s – the time of student revolution, and 1970s – the time of the sexual revolution. At that time, the air was charged with sexual curiosity. Women’s lives were changing at a fabulous rate and many engaged in the exploration of women’s sexuality. Sexual self-determination ranked right up with economic equality. Unlike forty year ago, today’s sexual climate is subdued, muffled, and often just dull. Gone are the lively debates and writings about sex as part of our humanity.

This occurred not unconnected from the rise of neoliberalism during the 1980s. Here is the link: in The Selfish Capitalist, Oliver James has convincingly demonstrated the close connection, between rising rates of mental stress and the neo-liberal mode of capitalism.

Worse, in Come as you Are, sex therapist and TED presenter Emily Nagoski has demonstrated the inextricable link between stress and sex. Stress creates a negative context for sex, even preventing it. In short, through stress, neoliberalism impacts rather negatively on sex. It destroys, what Nagoski calls “context”. In other words, worrying about your job and your income does not make great sex.

Neoliberalism and the seemingly endless combat zone of reproductive rights (abortion), most recently enhanced by Trump’s Supreme Court appointees, the rise of unintended pregnancies, and the overwhelming sex-negative media makes sex appear more risky than pleasurable and joyful. By their sheer numbers, many young men and women forty years ago had once made sex a burning issue. But, not anymore.

When the time of neoliberalism had arrived, many put the issue of sexual revolution including having sex – literally – to bed! Neoliberalism’s free market credo of competition mutated into the overarching mantra during neoliberalism’s four prime decades (1980-2020): no sex, please! This links rather neatly to capitalism’s ideology of good Calvinist women. During this time, the neoliberal establishment has been punishing (mostly) women in insecure jobs and income insecurity with high levels of stress.

It almost seems as if they have been punished for their former naughty excesses and righteousness. In droves, women have (literally) turn their backs on sex. Now we read things like: National surveys suggest Americans are having less sex and, the share of Americans not having sex has reached a record high. This has become a global issue.

Because sex-native middle-aged white male opinion makers, politicians, and journalists are still in the majority and they are making many of our social conventions, rules, and write newspaper headlines, they – almost automatically – assume that they speak for everyone. Many of them are old white men who know very little about women.

By contrast, many of these women are young during the 1970s. They came before Generation Z, born between the mid-to-late 1990s and the early 2010s. According to a recent study, these women have a rather pragmatic attitude to sex.

Back in the 1970s, their voices sounded like a new gang of women. These young women accepted their sexuality as a natural extension of their lives. Pre-neoliberalism was a unique period in women’s history in which they grew up. For them, the good-natured sexual emotions, unleashed during the 1970s, are still very much alive today, despite the decades of sex-negative messages and neoliberalism.

For many women, there has never been a sexual hiatus – no cooling-off period. Sex remains a given and a positive energy never to be deferred for the so-called “more important things.” Their sexuality includes startling reflections of their determination to abandon nothing. There is a collective imagination that could not have existed sixty years ago, when women had no vocabulary, no permission, and no shared identity in which to describe their sexual feelings.

More than any other emotions, guilt determined the story lines of many of today’s women. These are women wanting to reach orgasm even when it made them what the sex-negative culture calls Bad Girls. Guilt is still implanted into the privacy of minds of girls, where no-one would know.

In the mind of the symbiotic child, mother did know. The daughter could be grown up and with children of her own. It is as if she had never emotionally separated herself from that first person who controlled her totally. She did not know that was just mom’s opinion. It was as if the mother continued to make a judgment throughout the daughter’s life. The wagging finger directed at the daughter’s every sexual move and thought.

The most popular guilt-avoiding device was the so-called rape fantasy. It is “so-called” because no rape, bodily harm, and humiliation took place in this fantasy. It simply had to be understood that what went on was against the woman’s will. In Women on Top, Nancy Friday notes, that by saying, she was “raped” was the most expedient way of getting past the big “No to Sex”, that had been imprinted on her mind since early childhood.

Nancy Friday adds, that women are emphatic and that these were not suppressed wishes leading into reality. Friday says, I never encountered a woman who said she really wanted to be raped. To excuse sex, anonymity often helped. Faceless strangers are invented to insure women against involvement, responsibility, and the possibility of a relationship.

These males do their job and leave. Having sex with the faceless stranger can hide a secret pleasure, this pleasure is not my fault … I’m still a nice girl, mom!, explains Nancy Friday.

Certainly, sexual guilt hasn’t disappeared. The opposite is the case under neoliberalism where good people work hard. They work on their CVs, their promotion, their job-security, their two plasma TVs, and their individual competitiveness in an ever more sharply divided neoliberal labor market. Bad people just fail because they make wrong choices, so the neoliberal ideology tells us.

Yet, there is something very reliable about these “bad people”. Their intractable presence allows a woman to reach her goal, orgasm, says Elisabeth A. Lloyd. But most women have been conditioned to take guilt as a given. Guilt, has been made to be internalized.

It always comes from the outside. It comes from your mother, from churches, from religion, from outdated traditions, from teachers, from the media, from neoliberal workplace bosses, and from HRM via anti-workplace romance policies. Sex comes from within. It is an entitlement for women and not a reason to be angry about when realizing one lives in a sex-negative society forbidding what nature has given women.

Admitting to anger about sexual guilt has been imbedded into women deeply. It is not new for women. Nice women don’t express anger. They choked on it and turned whatever rage they feel against themselves and not against a sex-negative culture that forbids sexual pleasure.

Anger remains a difficult emotion for women to voice. This is primarily because women get no practice in expressing anger. Most importantly, not in women’s utmost important relationship: with mom. But women today at least know that they are entitled to anger. Increasingly, they can show rage against all the obstacles that stand in their way of finding sexual fulfillment.

Many of these women still have very few role models and next to no blueprints. Yet, what they can gain from the knowledge won by an earlier generation of women who couldn’t use it themselves, is learning from these women.

In the 1970s, many women were way too close to taboos against which they started to rebel. Some even looked their mothers in the face and have their orgasms, too. Even women’s daydreams can be a true X-ray of women’s sexual souls. Like women’s nightly dreams, they change as new people and situations enter women’s lives. Yet, they play out against the anti-sexual back-drop of a many women’s childhoods.

Today, we know that only women can liberate other women. Only a woman’s voice grants permission to be sexual, to be free to be anything women want. Timing is everything. In the years immediately before the ideological onslaught of neoliberalism, a number of social and economic developments came together which allowed women to understand themselves. Sexual identity was a vital link. The time was right to take the lid of off women’s repressive sexuality.

What was so threatening to male dominance, was an understanding of the possibility that women have a powerful sexual identity. This identity is as old as ancient legends. A fear that women’s sexual appetite may be equal to – perhaps even greater than – men’s.

Historically, the myth is that, society needed to be a male dominated, and above all a patriarchal society. For its establishment and survival, a plausible and convincing belief in male sexual supremacy was needed.

It arrived in the form of religion. It is for good reason that most, if not all, religions the world has ever seen are male dominated, from the Pope to the Dalai Lama and almost all the Popes, Dalai Lamas, priests, etc. who came before them were “men”!

Most importantly, these male-dominance stabilizing myths had to include women’s asexuality. Men simply waged continuous sex wars against women’s sexuality by successfully suppressing it. In modernity, the myths continued with men putting their strong shoulders onto the industrial wheel of capitalism.

Simultaneously, the twisted male brain feared that he was cuckolded. That his (“his” indicating male ownership) little woman was at home – or much worse: not at home! – and, she could satisfy her insatiable lust elsewhere.

Matters were made worse for women when capitalism had fully arrived. Ideologically legitimized by a handful of men: Adam Smith, David Ricardo, John Maynard Keynes, etc. And later by the apostles of neoliberalism starting with Ludwig von Mises and his even more ideology bedfellow Friedrich August von Hayek only to be complemented up by Milton Friedman, James Buchanan, etc. – all men, again! These men dominated how we see an economy and society during the last 40+ years. Their zealous ideological quest for deregulation hit women hard but for them: women were largely irrelevant.

In a male dominated society, women took on “his” role of policing society becoming their own inmates in a men’s jail. Women became asphyxiated in men’s anti-sex ideology. Ironically, women made it possible for society to imagine fairy-tale-like women as sleeping beauties. They could only be awakened by a man’s kiss. Such fairytales raise asexual women determined by men. This is underscored by the myth of the sleeping beauty camouflaging the truth that women aren’t sleeping. Instead, they are awake and hungry for sex.

To prevent all this, women are kept in their place. They are safely divided into two groups: unlike the real Madonna, there are the nice-girl-madonnas: clean, boring, and asexual; and then there are whores.

The one is to marry and to become a mother. The other is for cheap sex. Men may fantasize about sexually voracious women standing there with her hands on her hips and thrusting their vaginas in his face. Still, his worst fears are aroused. Can he satisfy her? Will he end up as small and powerless as he once was opposite his first great love, his mother?

To assure that this does not happen, neoliberalism’s asexual “work hard” ideology must be maintained at all cost and against women. Worse, our World Had to Lose its Libido. This has become so bad that even the Scientific American complained only few weeks ago, People Have Been Having Less Sex — whether They’re Teenagers or 40-Somethings.

Yet, having less, bad, nor no sex secures male domination and the survival of neoliberal capitalism. At the same time, men and women will continue to suffer in a sex-repressive society run by the ideology of neoliberalism that has created one of the greatest inhibitors of good and fulfilling sex: stress – causing workplace stress and job insecurity linked to neoliberal deregulation, and the destruction of the welfare state. Men and women will continue to suffer as neoliberalism marches on.