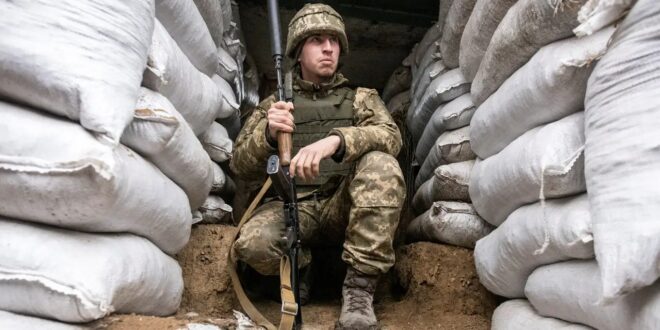 As threat of Russian invasion looms, top officials examine possibility of emergency evacuation for up to 75,000 Ukrainians thought to be eligible for Israeli citizenship under Law of Return

With a possible Russian invasion of Ukraine looming, a briefing held Sunday by top officials in the Israeli government and Jewish organizations discussed the level of threat to Jewish communities in Ukraine and the possibility that Israel will facilitate an evacuation program.

The meeting included representatives from the National Security Council, the Prime Minister’s Office, the foreign, defense, transport and diaspora affairs ministries, as well as the Jewish Agency and Nativ, the secretive government organization that maintains connections between Israel and Jews in the countries of the former Soviet Union.

While there is currently no major rise in the number of Ukrainian Jews requesting to immigrate to Israel, there is concern that should war break out in Ukraine and Jewish communities in the country be at risk in the ensuing chaos, thousands of Jews may seek shelter in Israel.

Jewish organizations assess that there are currently around 75,000 Ukrainian citizens in the eastern regions of the country, in and around the main cities of Odessa, Kharkiv and Dnipropetrovsk, who are eligible for Israeli citizenship under the Law of Return. While many of these may not seek to be evacuated or move to Israel, the situation has the potential to become the largest evacuation of Jews from a war-torn country in over three decades.

In the early 1990s, Israel evacuated over 14,000 Jews from Ethiopia just before the capital, Addis Ababa, fell to rebels. Smaller numbers were also evacuated from various regions in the collapsing Soviet Union, including Tajikistan, Abkhazia and Transnistria.

In 2008, a few dozen Jews were evacuated from the town of Gori by the Joint Distribution Committee relief organization during the Russia-Georgia War. In 2014, when Moscow-backed separatists supported by Russian forces took control of parts of the Donbas region in eastern Ukraine, hundreds of Jews were evacuated to a refugee camp in central Ukraine, from where many immigrated to Israel.

Israel and major Jewish organizations are in close contact with both the Russian and Ukrainian governments and are aware that both sides are anxious to avoid the impression that Jewish communities are not safe under their jurisdiction.

However, there are contingency plans that have existed for over 30 years, since the end of the 1980s when the Soviet government began allowing Jews to emigrate in large numbers, for emergency airlifts in case emigration has to be facilitated much faster and in dangerous circumstances. These are now being updated, though at present there isn’t a clear idea of whether they will be needed and whether organizing an evacuation airlift from Ukraine would even be possible in case of war.