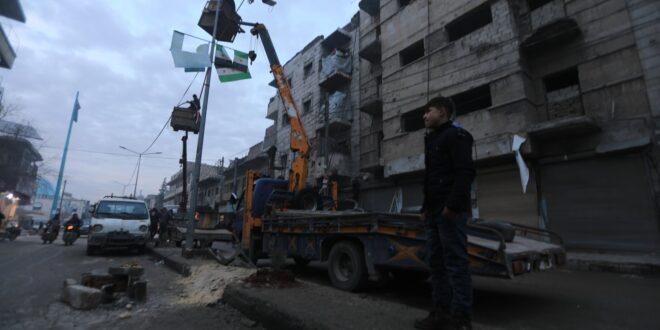 No matter what anyone says, Turkey is determined to root out terrorist organizations that threaten the security, peace and stability of the country and the region, President Recep Tayyip Erdoğan said Friday.

Speaking to reporters on his way back from Ukraine where he met with Ukrainian President Volodymyr Zelenskyy, Erdoğan said that the recently launched operation Winter Eagle is a reflection of Turkey’s resolve to eliminate terrorist hideouts in northern Iraq and Syria.

“I congratulate our heroes who took part in these operations. The terrorists are feeling surrounded by these operations. Their wireless communications show this desperation as members suggest to each other to ‘take care of themselves.’ But none of them will find a place to escape. We are determined to root out terrorism at its source.”

Referring to Kurdistan Regional Government (KRG) Prime Minister Masrour Barzani and KRG President Nechirvan Barzani, Erdoğan said: “In terms of northern Iraq, the stance of the Barzanis is very different. And they are carrying out this policy in collaboration and solidarity with Turkey. They also have a different stance against the PKK as their actions are proving that. During the last meetings (with Nechirvan Barzani), I realized this situation much more, and it seems that a new process will begin in Iraq with the presidential elections,” he noted.

“The people of the region are exhausted due to terrorism. We are determined to root out terrorist organizations, which threaten the security, peace and stability of our country and the region, no matter what anyone says,” Erdoğan added.

A Turkish Defense Ministry statement said the strikes hit targets in the Sinjar Mountains and in the Karacak region in northern Iraq, and the Derik region in northern Syria during a new aerial operation aimed to protect Turkey’s borders from terrorist threats.

The airstrikes are part of an ongoing Turkish campaign in Iraq and Syria against PKK terrorists and its Syrian branch YPG. Turkish forces have carried out similar cross-border airstrikes in the past and routinely conduct military strikes against suspected PKK hideouts in the area.

President Erdoğan, who has pledged to “clean up” parts of northern Iraq, accuses the PKK of using the mountainous border area as a springboard for its insurgency.

Viewed as a “terrorist” group by Turkey and its Western allies after a decadeslong insurgency against the Turkish state, the PKK has bases and training camps in the Sinjar region of northern Iraq and on the mountainous border with Turkey.

The Sinjar Mountain range, home to Iraq’s Yazidi minority, is an area controlled variously by different armed forces and armed groups where PKK terrorists and their local allies operate.

Turkey also has a military presence in neighboring Syria, where it has seized swathes of territory in successive military operations since 2016.

Since 2016, Ankara has launched a trio of successful anti-terrorism operations across its border in northern Syria to prevent the formation of a terror corridor and to enable the peaceful settlement of residents: Euphrates Shield (2016), Olive Branch (2018) and Peace Spring (2019).

In its more than 40-year terror campaign against Turkey, the PKK – listed as a terrorist organization by Turkey, the United States and the European Union – has been responsible for the deaths of at least 40,000 people, including women, children and infants.

Post Views: 155
Previous Iraqi militia attack on UAE a ‘message from Iran’
Next Do Not Open Nord Stream 2