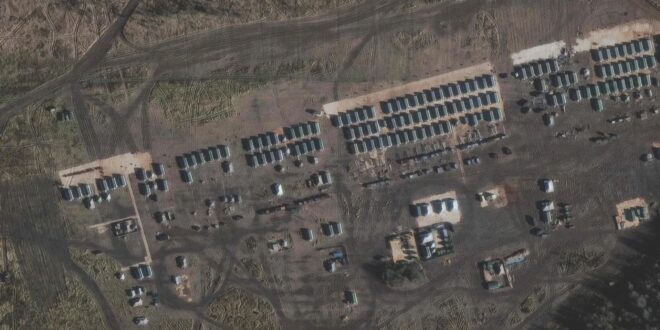 Russia has now reportedly assembled 70% of the military troops and armaments required throughout Ukraine’s borders if President Vladimir Putin decides to launch a full-scale invasion of the country, according to officials from the US Government. According to the Associated Press, citing anonymous sources at the Pentagon. This reporting which states that the Russians do not yet have all the forces in place needed to invade Ukraine undermines previous claims by the administration that an invasion of Ukraine was “imminent” which means at any moment.

SOFREP has previously expressed its skepticism of claims that such an invasion was imminent given the lack of troops reported to be in place, the absence of critical logistical support like field hospitals, fuel, and ammunition dumps, and the large numbers of fuel trucks that would be needed to support a large scale invasion of Ukraine by Russian mechanized formations. We also noted that it is Winter in Ukraine when daily temperatures stay below freezing even into March. From a doctrine standpoint, Winter is the worst time for Russia to invade a country like Ukraine.

These US Officials warned that a Russian invasion of this magnitude with this large amount of Russian troops could quickly overtake and overwhelm the Ukrainian Armed Forces. It can capture Kyiv within 48 hours and take with it as many as 50,000 civilians either killed as collateral damage or injured, as reported by the Washington Post. This will also incur about 5 million Ukrainians seeking refuge in other countries.

According to the unclassified report prepared in December 2021, the Kremlin allegedly had 83 combat battalions with 750 to 1,000 Russian troops per battalion. It is expected that 110 to 130 battalion tactical groups are needed for a full-fledged invasion of Ukraine. US Officials estimated that completing this deployment could be done in a matter of weeks if needed, with over 150,000 troops in total. It should be noted that administration claims of an imminent invasion were made while this report saying the Russians were at 70% troop levels was being circulated.