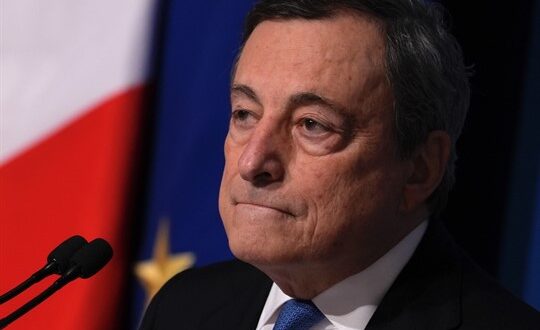 Two stories out of Italy have attracted international attention this week: The country’s chaotic election of its president, and a controversial video conference between Russian President Vladimir Putin and Italian business leaders. Both highlighted the ways in which Italy, which could play an important role in the European Union on the standoff between the West and Russia over Ukraine, has instead remained a silent bystander.

This silence is particularly notable given the expectations surrounding Italian Prime Minister Mario Draghi: An economic mastermind credited with saving the euro, Draghi’s year in office has featured a strongly pro-EU platform and a tougher posture toward both Russia and China. In fact, as tensions began to rise again at the border between Russia and Ukraine, Italy had a front-row seat in high-level talks between the U.S. and Europe through the QUINT format, comprising the U.S., France, Germany, the U.K. and Italy. Draghi has even been included in video calls, as well as briefings preceding and following discussions between U.S. President Joe Biden and Russian President Vladimir Putin.