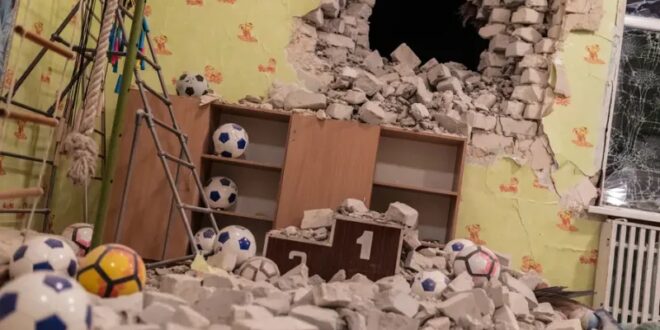 According to the Ukrainian Armed Forces, separatists fired heavy artillery in the Stanytsia-Luhanska village where said shells hit a Fairy Tale Kindergarten. The artillery attack wounded multiple civilians, damaged public infrastructure, and knocked out portions of the village’s electricity. It was reported that 24 children were present in the kindergarten when an artillery round hit their sports room. A mortar landed on the playground seconds later.

Ukrainian Commander of the Ukrainian Military in Donbas Lieutenant-General Alexander Pavliuk reported that there were 49 incidents of separatist fire along the frontline, with over 39 artillery attacks since last week.

Furthermore, a car was also destroyed and subsequently blown up outside a government building in Donetsk, which Russian-backed separatists accused the Ukrainian government of an attack. It was later revealed that the car had belonged to Donetsk rebel military head Denis Sinenkov.

Post Views: 111
Previous If President Biden Believes Putin Has Decided To Invade Ukraine, Why Wait To Impose Sanctions?
Next Calls grow louder for more US troops during Austin’s visit to Baltics